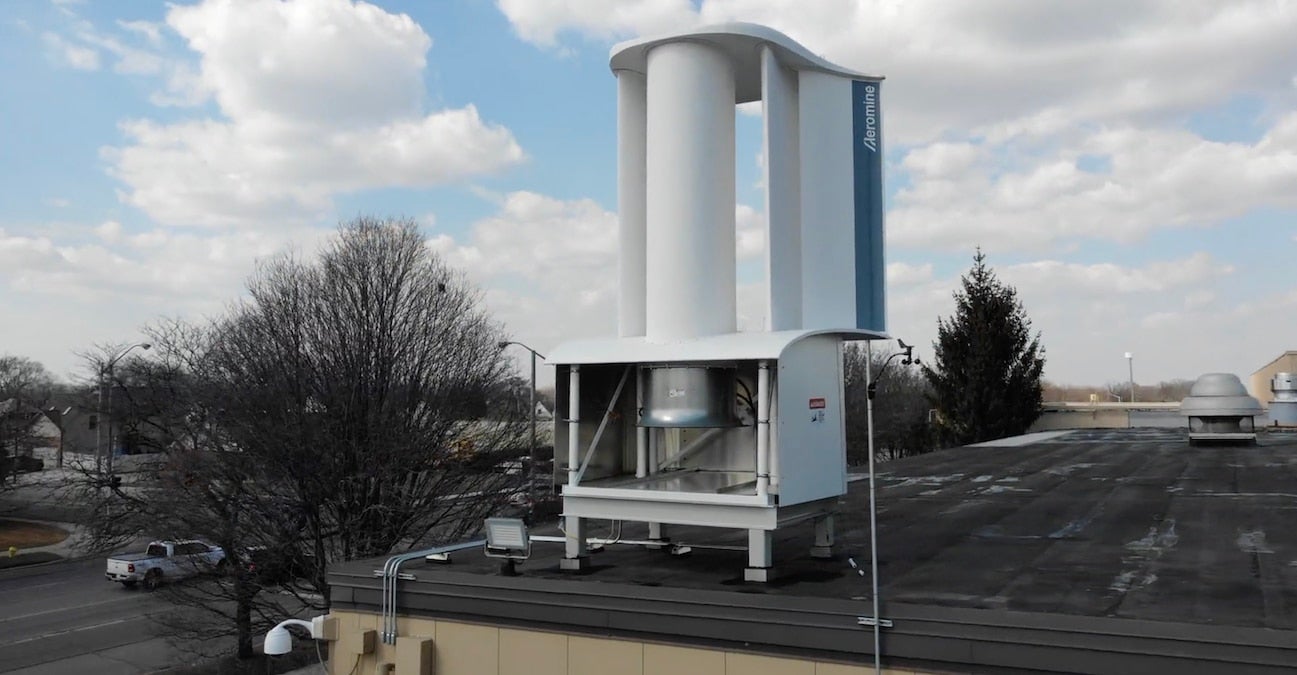 Currently, if you want to take advantage of renewable energy, installing solar panels on your home is your best option.

However, soon there may be a new game in town. The company Aeromine Technologies has developed a rooftop wind device called the Aeromine.

The new technology, which was developed with researchers at Sandia National Laboratories and Texas Tech University, differs from conventional wind turbines in a few key ways. First, it’s much smaller than the average wind turbine, which can have blades wider than a football field, Fast Company pointed out. In fact, the 10-foot-by-10-foot device doesn’t have blades at all. This makes it more desirable for rooftops because it’s quieter and does not harm birds.

So how does the Aeromine generate electricity?

“Aeromine’s patented aerodynamic design captures and amplifies building airflow in wind speeds as low as 5 m.p.h., similar to the airfoils on a race car,” the company’s website explains.

Asarnow told Fast Company that the devices were intended to work with the flat roof of the building they’re installed on to direct the wind to the airfoils.

“As the wind hits those airfoils, it creates a negative pressure that sucks the wind that’s hitting the building through an internal propeller on the bottom of the unit, which creates the energy production which connects directly to the building,” he continued.

The company claims that the new devices can actually outperform rooftop solar panels, generating 50 percent more energy than a solar installation of the same price while only requiring 10 percent of the space, New Atlas reported. The outlet further said that independent testing had verified that the devices work.

Because the devices are designed to be installed on the edge of the roof, they can also work with solar panels laid along the rest of the roof space.

“I like to think of this as kind of disruptive and complementary to the solar business,” Asarnow told Fast Company. “Our production can be stronger. At the same time, when you pair the two, you really have a path for on-site energy independence.”

The devices are intended for flat-roof spaces like warehouses, office buildings, apartments and big-box stores, according to the website. Currently, the BASF Corporation is trialing them at a Wyandotte, Michigan, manufacturing plant, according to PV Magazine. The company hopes they will be on the market by late 2023, Fast Company said.