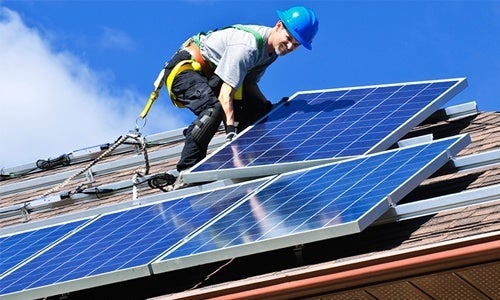 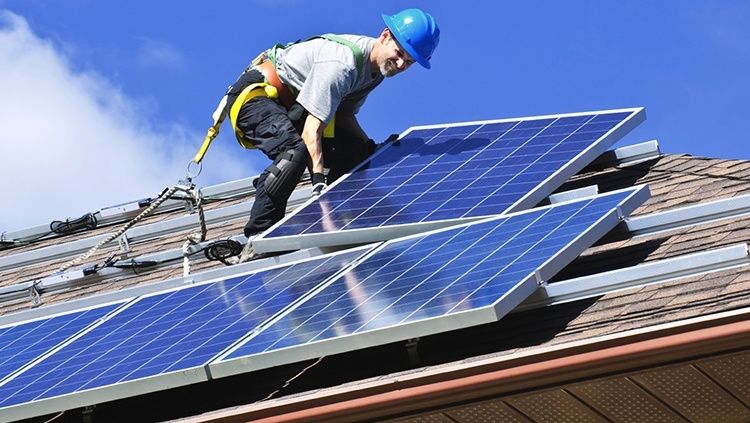 The fierce counterattack by utilities against the disruptive surge of rooftop solar peaked this month on the West Coast. California’s big utilities successfully petitioned for increased “exit fees” for cities or counties leaving the utility to purchase electricity for their residents on the open market—typically obtaining greener power with equal or lower rates. (Marin County is offering its residents a renewables mix ranging from 50-100 percent, at an average rate $3/month lower than what PG&E, the previous monopoly, would charge).

The utilities argued that the increase—in Marin’s case a doubling—was warranted by an established formula, because PG&E had long term power contracts entered into to meet the needs of its former customers. But the Public Utility Commission (PUC) denied California’s private utilities dramatic increases they sought in fees charged utility customers using rooftop solar.

But next door, in Nevada, with the highest percentage of solar energy of any state in the union, state regulators were more generous to the state’s utilities. First they levied $126 million in exit fees on three casinos seeking to negotiate their own direct power purchases. Then gave Nevada Energy (owned by Warren Buffett) an enormous increase in residential rooftop solar fees, while drastically cutting what the utility pays those customers when they feed electrons back into the grid. More shockingly, these changes were initially retroactive to some 10,000+ Nevada households who had already leased solar and were stuck with the costs.

Effectively the new rules make rooftop solar no longer competitive in Nevada, where companies like SolarCity had located both training facilities and major investments. (Which the company announced it would have to shut down along with laying off much of its workforce.)

Since SolarCity board member and investor Elon Musk chose to build his battery Gigafactory in Nevada, making him the state’s biggest new job creator and since both Republican Gov. Mike Sandoval and Democratic Majority Leader Harry Reid have made Nevada’s renewable energy success a center-piece of their politics, the stunning slap the Nevada PUC took at rooftop solar came out of the blue.

The response was rapid. As more companies announced lay-offs and scale backs, a coalition led by former Republican Gov. Mike List launched a ballot measure campaign to reverse the PUC attack on rooftop solar. The Nevada PUC announced it would consider reversing the portion of its fee hike retroactive to existing solar customers. And Nevada Power itself said that it favored grandfathering in existing customers.

The battle heated up. Wynn casinos sued the PUC over the exit fee. Perhaps heartened by the welcome that Nevada Energy found at the Nevada PUC, California’s three investor owned utilities turned up the heat on the rooftop threat, asking the California PUC to reject its own staff recommendations for modest additional fees on rooftop users and instead kill rooftop solar by adopting fees akin to those in Nevada. The commission, Thursday, by a narrow 3-2 vote rebuffed the utilities, and followed its staff recommendation.

So what’s going on? California’s utilities long ago embraced renewables. Nevada Energy boasts some of the cheapest solar energy contracts in the nation. Why is this the latest focus for a utility vs. solar struggle that has previously burst out in much more conservative territory like Arizona and Florida?

Utilities don’t mind that solar is renewable, zero carbon and enjoys free fuel—as long as they own it. But solar is also modular and decentralized, which they hate. They don’t want to compete with their own customers. Rooftop threatens both sunk utility investments in centralized fossil power plants (natural gas on the West Coast, coal elsewhere) and their rigid, “big to small—guaranteed return on capital” business model.

Above a certain scale, rooftop solar will force utilities both to retire expensive central station power plants they want in their rate base and to transform their business model to accommodate the small generator to large grid electron flow which rooftop solar enables (and requires).

Examine the utility passion to hold on to old power plants. U.S. electrical demand is flat, not growing. Until electric vehicles usage explodes, it’s not likely ever to grow. There is a fundamental national consensus that we need to reduce the amount of fossil fuel burned by the electrical sector. A lot of coal plants are going to be shut down, displaced by renewables. But utilities had become very deft over the years at keeping such plants open not just for their intended 40 year life span, but virtually forever. (More than half of the U.S. coal fired units are more than 50 years old and 30 were built before the Second World War). So they fight back. And with sufficiently rapid growth of efficiency, demand management, solar and wind, the need for even recently built natural gas plants is going to dwindle.

The stand-off between the utilities and climate advocates is quite simple; the arithmetic of global warming (and the commitments the U.S. made in Paris) means that power plants the utilities want to profit from of must shut down instead. Rooftop solar accelerates the need for those retirements. This means lower profits.

For society as a whole, this is merely one example of a core climate challenge: cutting emissions requires accelerating the rate at which old, carbon intensive technologies are replaced by new, cleaner ones—“stranding” not just the coal and oil reserves, but also the power plants, factories, airplane fleets and refineries they powered. The owners of those facilities don’t want them stranded and fight to keep them operating.

But stranding is not just a problem for fossil fuels. Going forward, clean, renewable energy, even if it is cheaper, is more capital intensive than the coal and oil it displaces. Investors, whether Southern California Edison or a rooftop solar customer, want a guarantee that the productive lifetime of these assets will be long enough to recover the investment. So the tension between the need to provide reasonable certainty to investors in energy facilities and the simultaneous need to retire and replace them with cleaner technologies faster and faster is real. (Yet another reason for making sure that all new energy infrastructure is zero carbon—we won’t be pressured to strand it prematurely).

For utilities this transition to new, low carbon electrons can only be managed if they choose to compete in the new marketplace for distributed solar. So far they have mostly refused, bitterly clinging to their old centralized model. But the capo del capi of the private utility world, the Southern Company, has taken a different track. When Georgia opened up its rooftop solar market, Southern launched its own branded rooftop solar platform laying the ground work for the existing utility, taking advantage of their low cost of capital and trusted customer brand, to dominate the rooftop space, rather than ceding it to newcomers like Sunrun or Sungevity. Southern CEO Tom Fanning made it clear in announcing this new venture that Southern had no intention of letting outsiders come into its historic service territory and poach the rooftop business unchallenged.

How do the independent rooftop solar companies fight back against attacks like those in California and Nevada? Their biggest point of vulnerability is the (most often bogus) argument that current net metering rates force poor customers without solar to subsidize richer customers who install it. Even when, as in California and Nevada, such cross subsidies are insignificant even at current rates, the economic tilt of the rooftop solar market towards the wealthy gives the utilities a powerful edge before regulators. The argument just sounds good that the rich should pay their fair share of the grid.

Rooftop solar, of course, does not have to tilt towards the rich—since it lowers utility bills. What the poor need to access it is business models for financing low-income homeowners and renters—and the solar installers need to prioritize putting such business models in place just as badly as the utilities need business models that accommodate distributed renewable generation.

Finally, utility regulators should be midwifing the rooftop revolution, not trying to abort it. Utilities need new rate structures and business models to compete in the rooftop space and independent solar developers need the right kinds of regulatory support to be able to serve low income as well as upper-middle income communities.

For all sides of this conflict then, it is business innovation, as much as technological progress, that will shape the pace at which rooftop solar realizes its promise.