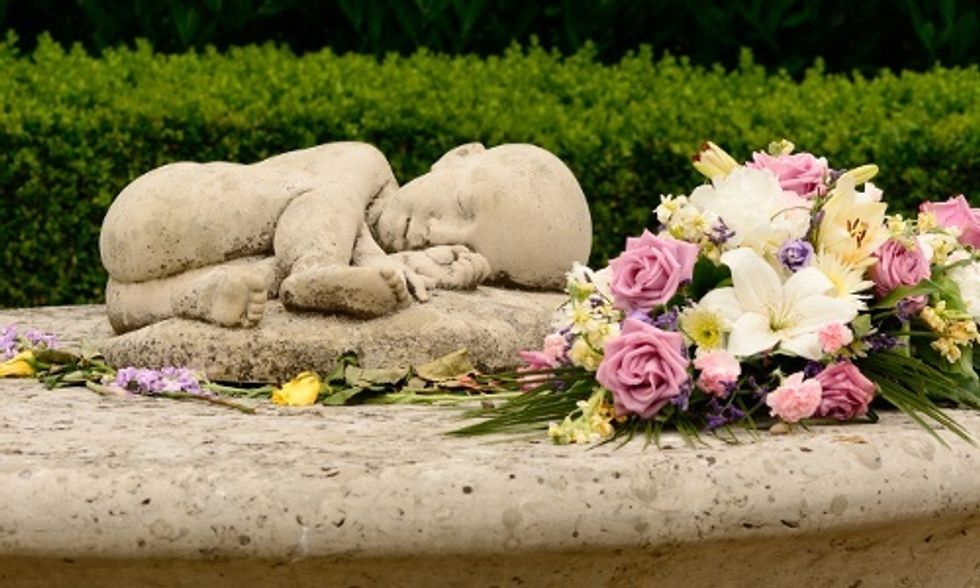 In January, the Los Angeles Times ran a story on the fracking boomtown of Vernal, Utah. It described how a midwife named Donna Young was attacked and demonized for drawing attention to an increase in stillbirths in the town and its resistance to the idea that the industry that provides half its annual budget could be responsible.

With its economy booming thanks to fracking, Vernal, Utah doesn't want to know why infants are dying.
Photo credit: Shutterstock

Now Rolling Stone Magazine has done a deeper dive into Vernal's story, as well as the political story behind its story, exploring how formerly rural areas came to be fracking hubs and how that's impacted their residents, in a piece, "What's Killing the Babies of Vernal, Utah?"

It describes how Young has lost most of her clients, received death threats and uncovered an attempt to poison her livestock after raising questions about whether Vernal's booming oil industry had caused the wave of stillbirths, miscarriages and birth defects it's seen in the last several years.

"In most places, detecting a grave risk to children would inspire people to name a street for you," writes reporter Paul Solotaroff. "But in Vernal, a town literally built by oil, raising questions about the safety of fracking will brand you a traitor and a target."

Two years ago, Young discovered that at least 10 babies had died in 2013 alone, a high number for a town of 10,000. She brought the issue to the attention of TriCounty health director Joe Shaffer. The department undertook a study but Young says it was a half-hearted attempt to uncover the cause of the epidemic, a deliberate attempt to evade the truth. As Rolling Stone describes it:

The county merely counted up infant deaths and brushed aside the facts about Vernal air pollution: ozone readings that rivaled the worst days of summer in New York, Los Angeles or Salt Lake City; particulate matter as bad as Mexico City; and ground air fraught with carcinogenic gases like benzene, rogue emissions from oil and gas drilling. Indeed, pollution was so bad in this rural bowl that it broke new ground in climate science. The Basin, which is bound on all four sides by mountains, is a perfectly formed bowl for winter inversions, in which 20-below weather clamps down on the valley and is sealed there by warmer air above it. During those spells, when the haze is visible and the air in one's lungs is a cold chisel, the sun's rays reflect off the snow on the ground and cook the volatile gases into ozone. The worst such period in the Basin's recent history was the winter of 2012-13, when nearly all the Uintah mothers whose babies died were pregnant.

When the study was released, the deaths were called "statistically insignificant." The epidemiologist who conducted the study told citizens passed off the blame for the deaths on the mothers' health issues including smoking, diabetes and prenatal neglect.

Which raises a question you might ask in a state whose legislature is so rabid for oil and gas money that it set aside millions to sue the federal government for the right to drill near Moab and Desolation Canyon, some of the state's most sacrosanct places: How many dead infants does it take before you'll accept that there's a problem?

While the deliberate, angry denial of Vernal's citizens whose livelihoods depend on the fracking industry is understandable, what will anger readers is the background Rolling Stone provides on the Wild West fracking boom that put oil and gas exploration ahead of infant lives. It reaches back to the early days of the Bush/Cheney administration, describing once again for those who have forgotten, the closed-door meetings helmed by Cheney in which fossil fuel barons essentially rewrote U.S. energy law to benefit themselves, massively expanding drilling on public lands and exempting themselves from environmental regulations.

In essence, Cheney's program turned the Department of the Interior into a boiler-room broker for Big Oil, and undercut the power of the Environmental Protection Agency. Cheney's plan was such a transparent coup for Big Oil that it took four years, two elections and the Republican capture of both houses of Congress to make it to Bush's desk as legislation. Along the way, the bill gained a crucial addendum, known today as the "Halliburton loophole": a carte-blanche exemption from the Safe Drinking Water Act for an emergent technique called fracking.

The impact of these sweeping changes affected the daily lives of people in towns like Vernal.

"Fracking moved the oil patch to people's backyards, significantly increasing the pollution they breathed in small towns," Amy Mall, a senior policy analyst for the Natural Resources Defense Council, told Rolling Stone. "Basically, it industrialized rural regions and brought them many of the related health problems we were used to seeing in cities."

And Rolling Stone describes the official silence on the growing health problems as extending far beyond Vernal, as wells in formerly pristine areas leaked, blew out and emitted methane flares, and rather than responding, the state of Texas tied its citizens' hands, passing a bill forbidding them from regulating the growth of fracking in their towns.

Whatever Cheney's doing now, he must look upon his handiwork and smile. OPEC has lost its whip hand over oil prices, SUVs are selling off the lot again, and Obama takes victory laps because we now produce more oil than we import. Glad tidings for all—except the people in more than 30 states who wake up to the thump of fracking rigs. To them, the message from Washington has been tacit but final: You folks are on your own out there.

After four of her five clients had miscarriages recently, Donna Young has the water in their homes tested. Rolling Stone reports:

Most of the batches tested were positive for extreme toxicity from hydrogen sulfide, H2S, one of the most deadly of the gases released by drilling. Exposure to it has killed a number of rig workers over the past few decades. In high enough concentration, just one breath is enough. In much smaller amounts, H2S can cause miscarriages—and the amounts Young says she found were more than 7,000 times the EPA threshold for safety.

"I know I have to call somebody, but who?" Young told Rolling Stone. "Who is there to trust in this town?"