This Farm on Wheels Provides Local, Eco-Conscious Products at Every Income Level 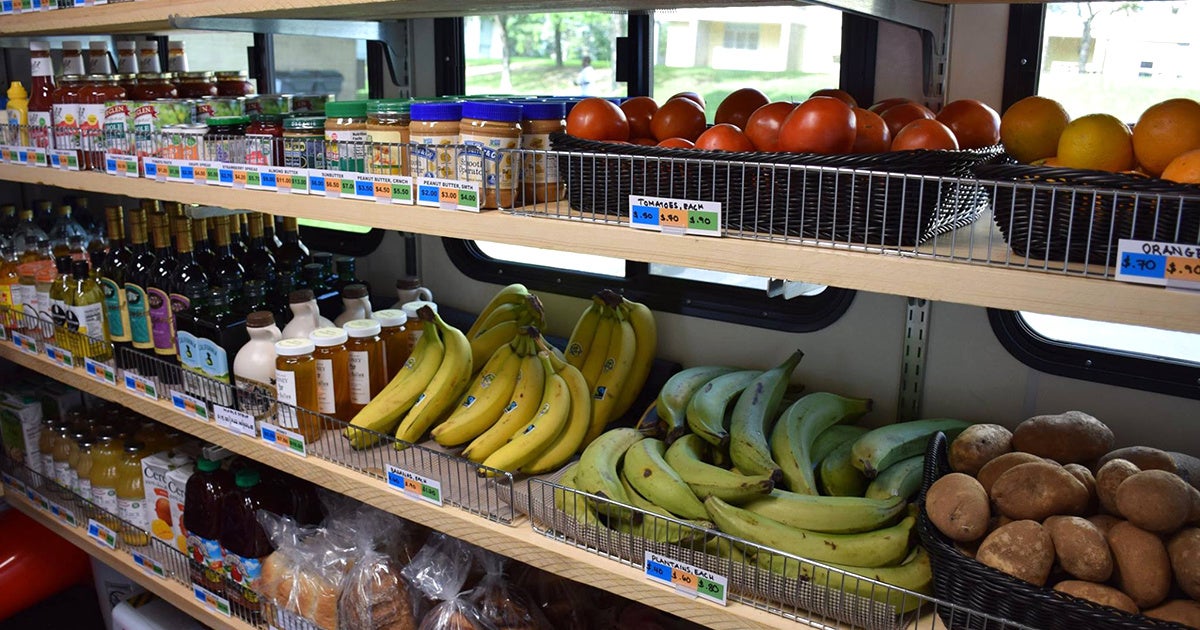 Audrey Berman burns some cedar in between meetings at Rolling Grocer 19 in Hudson, New York. Seated on colorful metal chairs around an office table made from a plank of wood, Berman (logistics) and her co-managers, Cece Graham (retail) and Michelle Hughes (purchasing and development), attempt to explain their sparse but thoughtfully stocked sliding-scale shop, which opened March 5, after three years in the making. 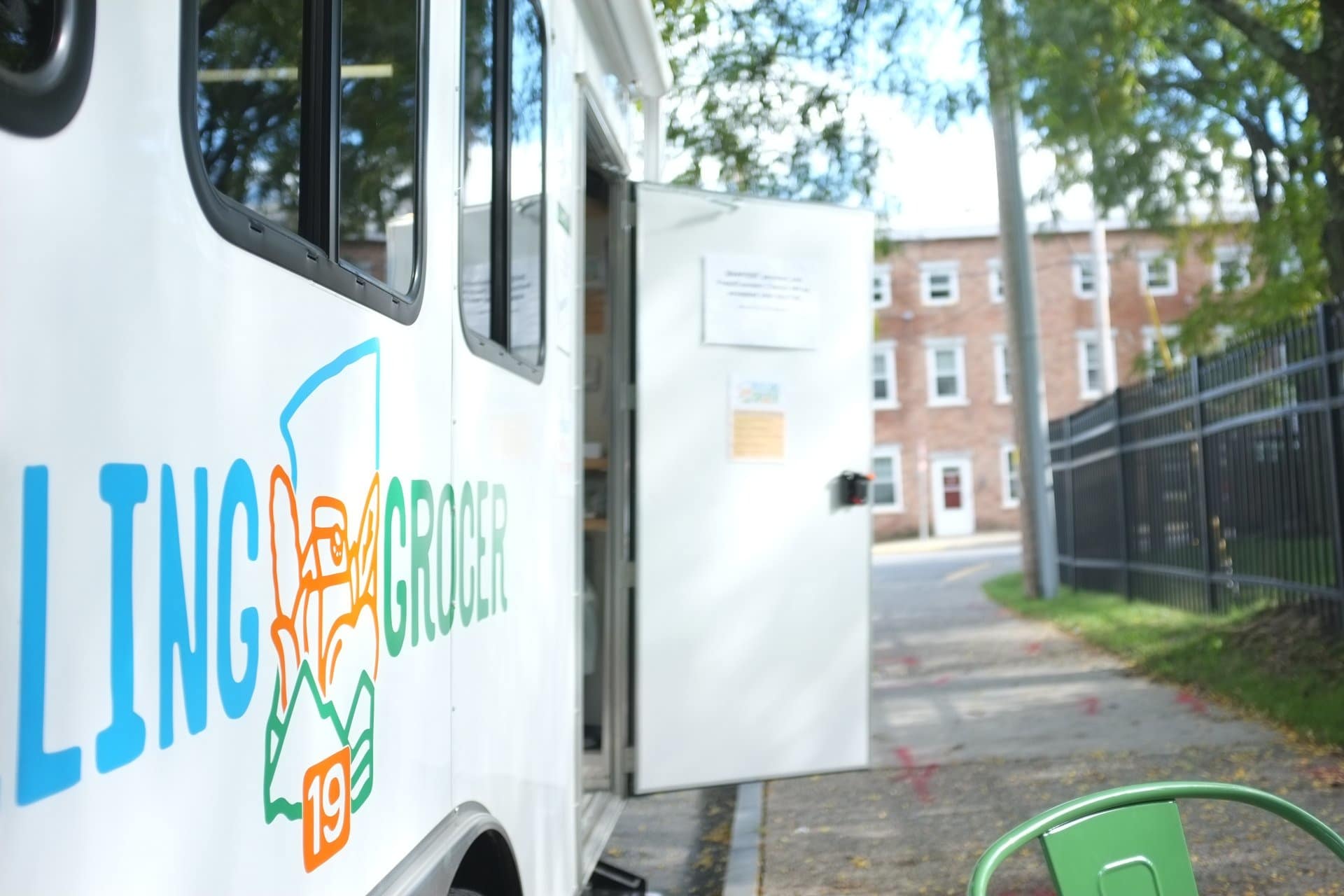 It can be a lot to take in when shopping for staples like local lettuce, bones for broth and toilet paper. But Rolling Grocer 19 started as a mobile mart, bringing food to underserved areas of Hudson. It visited five sites weekly, including the library and subsidized housing. Its customer base was appreciative and the numbers were good, so they decided to open a store — a “consistent place where people can come,” said Hughes.

Even though Hudson is the county seat, it lacks in-town supermarkets. The corner stores have no produce. To get to a supermarket, shoppers need a car or money for a cab. People with Internet access can shop online for delivery. “But if you’re on electronic benefit transfer, you can’t shop from home,” notes Hughes.

The rural towns that surround Hudson are dotted with farms, some of which grow food. But farmers don’t always have access to sell in their own communities. “And if it’s organic or not conventionally grown, then cost is another factor,” said Berman. 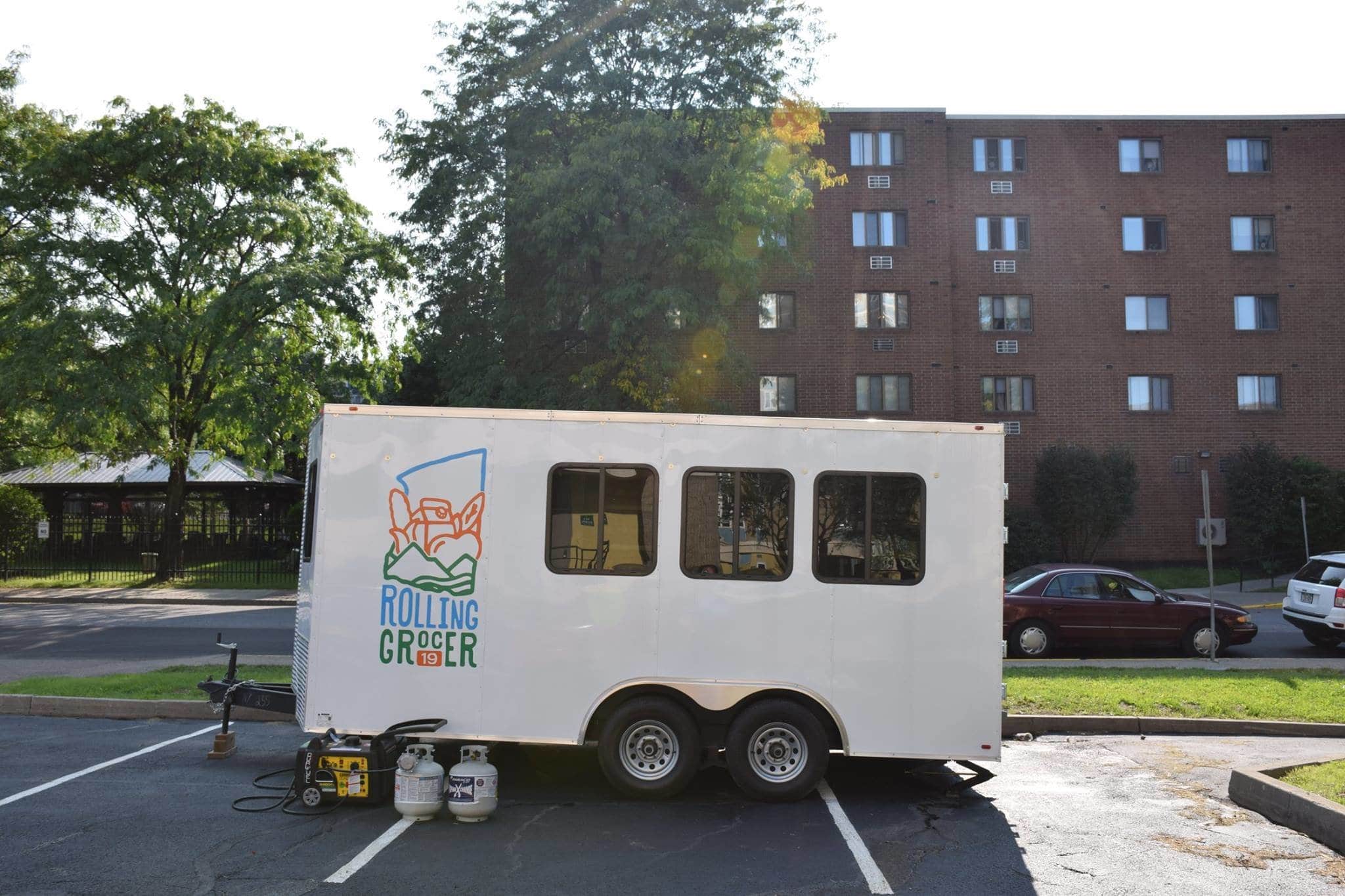 Rolling Grocer 19 is attempting to address all of these issues. Thanks to considerable support (Berkshire Taconic Community Foundation) and partnerships (Hawthorne Valley Association and Long Table Harvest), it operates on a sliding scale. Shoppers self-select a payment tier: blue, orange or green. To do this, they must consider personal factors beyond combined household income. The process was designed to draw awareness to privilege (for example, consider a higher tier if you travel recreationally or own pets). It’s an honor system. Each item in the store — a streamlined assortment of minimally processed foods — has three prices.

“Some people in the green are very with it,” said Graham. “They understand what access means, while others don’t.” If everyone paid green, it would be a regular grocery store. “Here, green pays for a percentage of keeping the lights on and paying staff,” said Hughes. “Blue and orange are basically always going to have to be subsidized with donations — that’s the mission and business model.”

So far, community response, new customers and sales have exceeded expectations. Nearby towns are already asking for their own shop and want the trio to consult, and they’re discussing how that could work. Their model works because of their partnerships and donor base, so it might be tricky to scale.

For now, they’re focused on getting a mix of people in the door. “It’s only 45 percent white in Hudson, but so far the customers don’t reflect that,” said Berman. They’re also planning educational offerings around income equality and nutrition.

Oh, and they plan on tackling fair wages, too. “Missing from the conversation about food access is living-wage jobs,” said Hughes. “We are trying to create jobs here.”

Berman, who is always happy to take on a worthwhile cause, added with a smile, “A higher minimum wage would be great.”