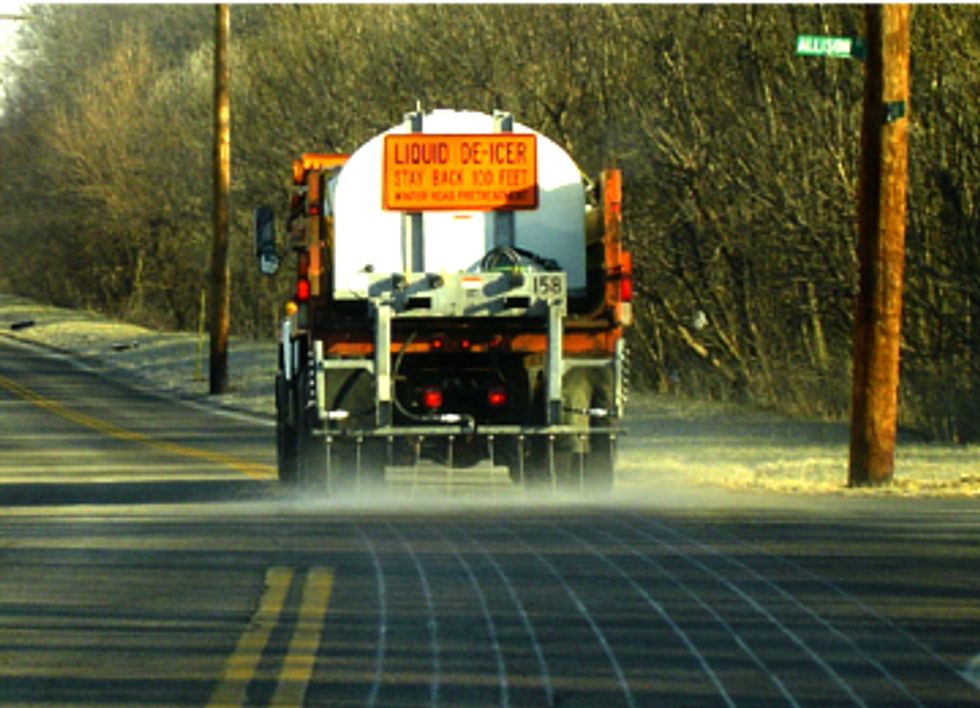 A coalition of health and environmental groups have joined together to congratulate the Rockland County Board of Legislators for voting unanimously to prohibit the sale, application and disposal of waste products in the county from natural gas drilling operations. The new law bans the sale of all gas drilling waste, its processing at all wastewater treatment plants, and its application on all roads including applications for de-icing and dust control purposes within Rockland County. The groups are urging County Executive Scott Vanderhoef to sign the legislation immediately.

In taking this action, Rockland County joins a growing list of New York counties that have enacted legislation to protect their water supplies and the health and safety of their residents by banning radioactive gas drilling waste. Other counties passing similar measures include Westchester, Putnam, Nassau, Suffolk, Orange and Ulster Counties.

"Waste from hydrofracking operations in Pennsylvania and active low volume gas wells in New York is being spread on New York roads right now for de-icing and dust control and is being accepted by New York landfills and wastewater treatment facilities," Weininger continued. "With lax oversight from the state and absence of federal and state regulations, local governments are stepping in to protect their residents from dangerous exposures. We commend the Rockland County Board of Legislators for fulfilling that responsibility entrusted to them by passing this critically important legislation.”

"This legislation is a crucial step toward protecting Rockland County residents from the harmful health effects of improper handling and disposal of fracking waste," said Kate Hudson, watershed program director at Riverkeeper. "Preventing wastewater treatment plants from accepting this waste and prohibiting the spreading of fracking brine on roads in Rockland County will address the present risk that the county's precious water resources could become contaminated with heavy metals, naturally occurring radioactive materials, brine and other pollutants that are the toxic byproducts of fracking."

"This far-sighted legislation will protect Rockland County's irreplaceable water resources—its aquifers, streams, wetlands, recharge areas and reservoirs—from contamination by long-lived, cancer-causing radioactive elements. It will help protect the health of all Rockland residents by preventing the spread of radioactive wastes from our roads, onto the tires of cars and trucks and onto school playing fields, lawns, driveways, garages and even homes,” said Marian Rose, PhD, president emeritus of Croton Watershed Clean Water Coalition.

Newly developed fracking drilling technologies involve the use of hundreds of toxic chemicals and large quantities of water to extract gas from shale deposits deep underground. Much of this highly toxic mixture returns to the surface with the gas along with other contaminants including heavy metals, volatile organic compounds, brine (approximately eight times saltier than sea water) and high levels of naturally occurring radioactive materials, including radium-226 and radium-228, which are known human carcinogens. Radium-226 has a half-life of 1600 years and is linked to bone, liver and breast cancers. Other chemicals in fracking fluid are known carcinogens and endocrine disruptors.

Radioactive, toxic waste from gas drilling activities can potentially cause irreversible damage to water, air, land, soil and food supplies. Although this waste is hazardous and in fact exceeds the legal criteria for hazardous waste classification, it is categorized as “industrial waste” under federal and state laws as a result of special exemptions given to the oil and gas industry during the Bush-Cheney administration. These exemptions, including the Safe Drinking Water Act, the Clean Air Act, the Superfund Act among others, eliminate tracking requirements for its handling, storage, treatment and disposal of the waste.

Wastewater treatment facilities are not designed to treat chemicals, contaminants and highly radioactive materials present in hydrofracking waste. High bromide levels in this waste are highly corrosive to equipment and can react during water treatment to form brominated trihalomethanes, which are associated with certain cancers and birth defects.