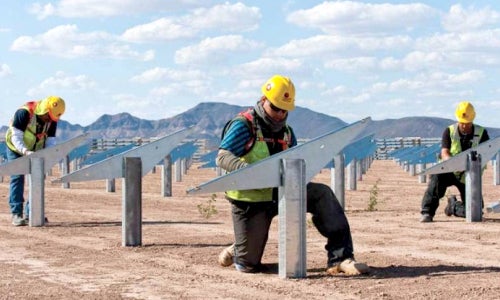 Forty-three gigawatts (GW) of solar photovoltaic (PV) energy are waiting in the U.S. project pipeline, giving the country’s industry a third-place global ranking, according to a market research firm.

NPD Solarbuzz’s United States Deal Tracker report shows that the solar industry is being driven by a slew of projects that are 30 megawatts (MW) and smaller. The U.S. market is expected to trail only China and Japan next year.

“The increase in new solar PV projects being planned or under construction is driving double-digit annual growth forecasts for PV adoption within the United States,” said Michael Barker, a senior analyst at NPD Solarbuzz. “Large-scale PV projects exceeding 20 megawatts continue to dominate the pipeline, in terms of installed capacity, stimulated by state-based renewable portfolio mandates. Projects of all sizes have become increasingly viable, due to declines in solar PV system pricing in the past year.” 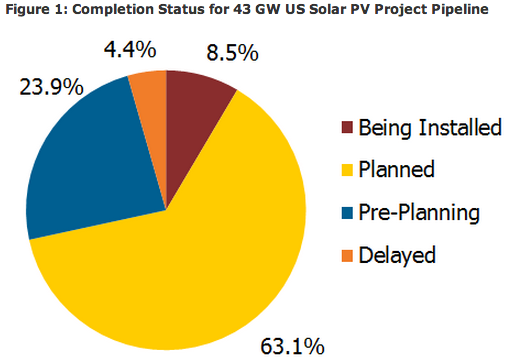 Those 43 GW are enough to power 6 million homes.

The amount of projects 30 MW or lower that are in the pre-planning, planning, installation or delayed stages grew by 33 percent in 2012. NPD believes that growth is being pushed by solar developers using smaller projects to meet the Business Energy Investment Tax Credit‘s (ITC) 2017 deadline.

“This deadline is causing a shift in focus to smaller projects that can be completed on shorter timescales,” said Christine Beadle, an analyst at NPD Solarbuzz. 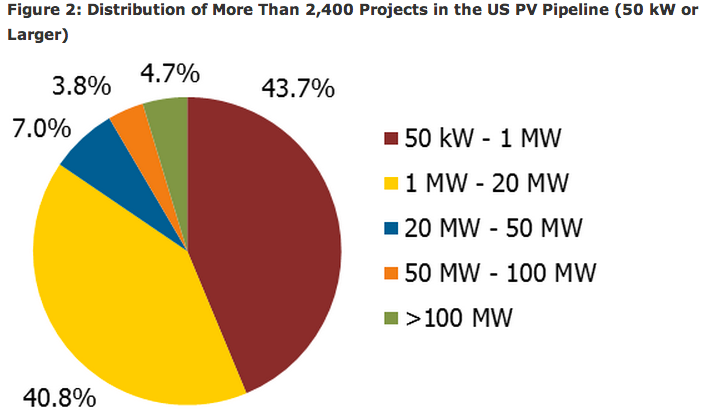 Still, a few projects exceeding 100 MW are dominating short-term U.S. solar PV deployment, according to NPD. They include the Mount Signal Solar and Desert Sunlight projects. The 10 largest solar PV projects account for more than 5 GW of new capacity expected to go live in the next three years.