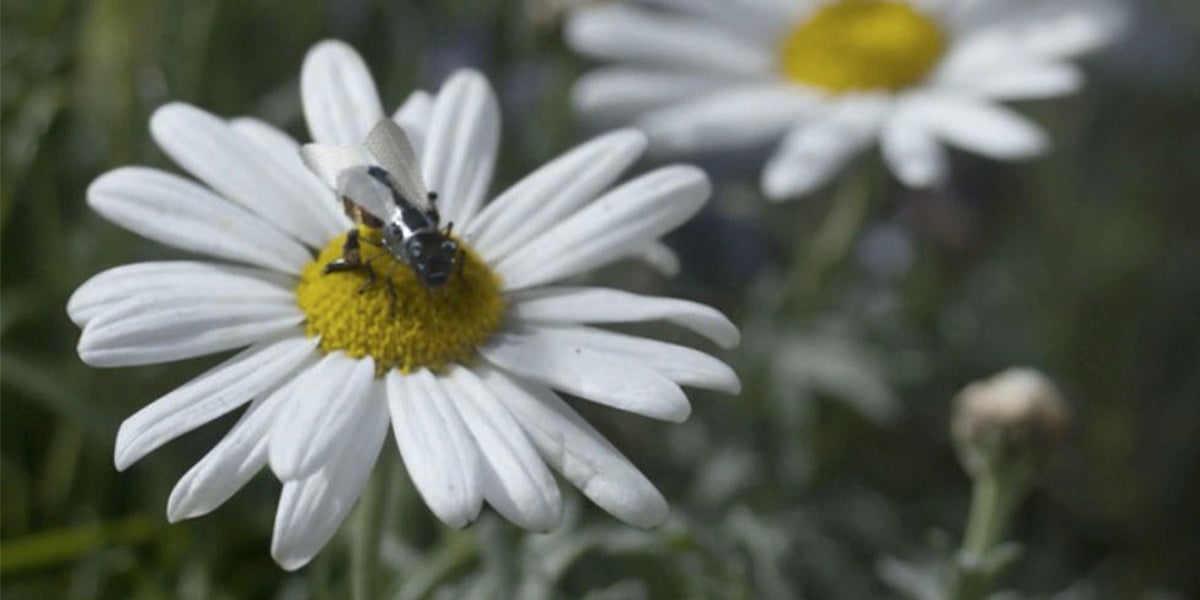 With the mass die-off of
bees spelling trouble for agriculture, the world’s largest retailer has filed patents for the use of “unmanned vehicles,” or drones, to aid with pollination and crop production.

Reuters noted, “Walmart may see drone technology as one way to get food from farms to store shelves faster and more cheaply to compete with Amazon.com Inc, following its purchase of Whole Foods Market last year and the expansion of discount chains like Aldi and Lidl.”

Here’s what’s in the filings, according to CB Insights:

To track pests, Walmart describes using machine vision to monitor damage to crops as well as spot and identify the pests themselves. To prevent damage, the drones could shoot targeted sprays of pesticide or simply fly by to shoo off birds, acting as a next-generation of “scarecrows or shiny devices,” the patent notes.

Drones could spray pesticides across a more targeted set of crops, rather than the blanket approach used today. The patent notes that “chemical spraying of crops is expensive and may not be looked upon favorably by some consumers.”

Pollination drones, on the other hand, could help offset the loss of bee populations over the past few years. Walmart’s “applicators” would carry pollen from one plant to another, and use sensors to verify the transfer was successful.

Some have compared Walmart’s filing for drone pollinators to a horrifying Black Mirror episode on robot bees, but this technology isn’t completely unheard of.

“We’re always thinking about new concepts and ways that will help us further enhance how we serve customers, but we don’t have any further details to share on these patents at this time,” Walmart said in a statement to USA TODAY.

An estimated 1,000 plants grown for food, beverages, fibers, spices and medicines must be pollinated by bees, bats and butterflies and other pollinators, according to Pollinator Partnership.

But in recent years, these vital creatures have been in trouble due to habitat loss, chemicals misuse, diseases and other hazards.