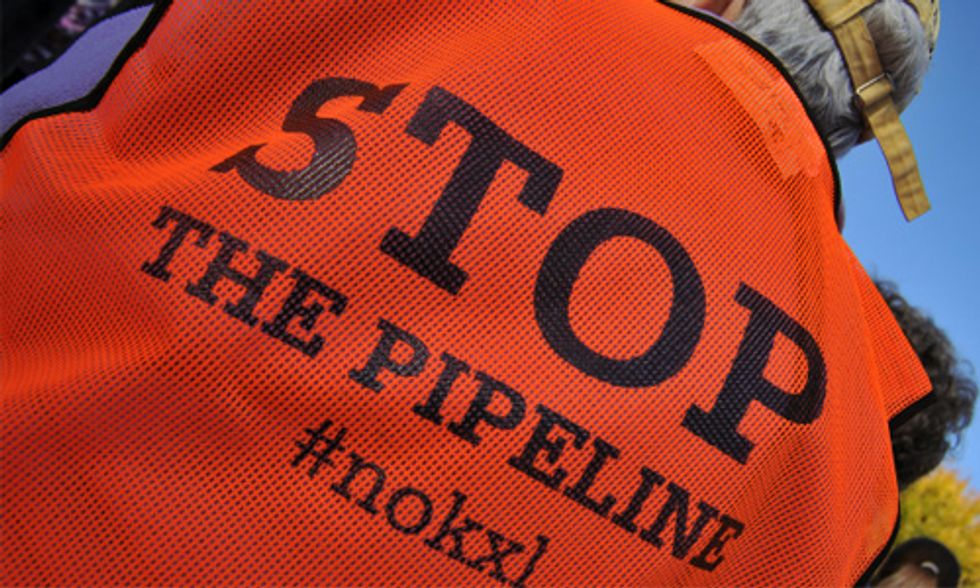 The more people learn about the Keystone XL tar sands pipeline, the less they like it. Despite what we might be hearing in industry spin, the environmental report released by the State Department Friday confirms that tar sands crude means a dirtier, more dangerous future for our children all so that the oil industry can reach the higher prices of overseas markets. That's right, overseas markets, which is where the majority of this processed oil will end up. This dirty energy project is all risk and no reward for the American people.

You'll remember that the president said he won't green-light a project that raises the dangers of climate change. The State Department report makes it clear that this is exactly what Keystone XL would do. Bottom line: the tar sands pipeline fails the president's climate test. It's a bad idea. It needs to be denied.

When it comes to climate change, we know we have to do things differently. As the president said in his State of the Union address, we have to "act with more urgency—because a changing climate is already harming western communities struggling with drought, and coastal cities dealing with floods." Climate change hits us at home: hurting our health and our children. How does this translate into everyday decisions? We need to stop approving dirty energy projects that will only drive us further into the climate danger zone.

The President has the chance to get it right on Keystone XL. Whereas past State Department reports didn't even bother to look at the climate pollution from tar sands, claiming that they'd be developed with or without Keystone XL, this report is different. In this report, the State Department acknowledged that Keystone XL will drive tar sands expansion and climate change if we see low oil prices and other pipeline and rail projects don't move ahead.

But that is already the reality today with fierce opposition to tar sands pipelines and a glut in the current tar sands market. We've certainly seen plenty of honest comments from industry saying that if they don't get added pipeline capacity from Keystone XL now, they will scale back plans. That means those carbon emissions would be scaled back too.

So even though the State Department continues to downplay clear evidence that the Keystone XL pipeline would lead to tar sands expansion and significantly worsen carbon pollution and the very real harm to our health, it has, for the first time, acknowledged that the proposed project could accelerate climate change.

In any case, this report is not a decision. Next up is the national interest determination process. And here the evidence already shows that Keystone XL isn't a plan to help the country. It's about big profits for Big Oil.

Keystone XL would pipe some of the world's dirtiest oil through the American breadbasket to be refined on the Gulf and shipped overseas. That puts our farmers and ranchers at needless risk while not serving our energy or economic interests. I wouldn't call that national interest.

Here's what the State Department report confirms: the tar sands pipeline is a bad idea. It fails the President's climate test. It puts our farmers and ranchers at risk. It needs to be denied.

And we need to move, as a country, toward cleaner, safer, renewable sources of power and fuel.