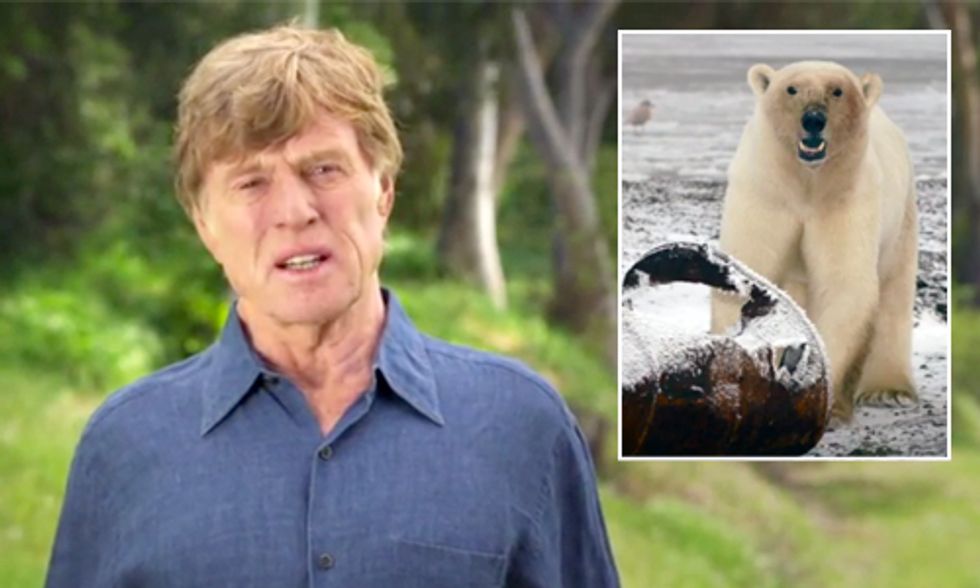 Four years ago this week, BP's Deepwater Horizon drill platform exploded. Eleven workers died that day. Their bodies were never found. Over the next 87 days, 210 million gallons of oil gushed into the Gulf of Mexico. It fouled fishing grounds, ravaged the coastline, and shut down tourism. The world got an ugly look at some of the terrible hidden costs of fossil fuels. Spill-related health problems plague the people and the wildlife of the Gulf to this very day.

I'm calling on all Americans to stand up to Big Oil by asking President Obama to ban oil drilling in the Arctic and lead the way to a future powered by 100 percent clean energy.

I personally hoped that we, as a nation, would quickly learn from this tragedy and move swiftly to prevent a repeat disaster in our most vulnerable coastal environments. So it boggles the mind that Shell Oil is still determined to drill in one of the most fragile and remote ecosystems on Earth: the Arctic Ocean—the last bastion of America's polar bears, endangered bowhead whales and other rare wildlife. For Native Alaskans who live along the coast, this ocean has been the source of their food security and a way of life since time immemorial.

It's sheer madness to drill in the Arctic—in treacherous conditions of gale-force winds, 20-foot seas, sub-zero temperatures, shifting currents—and for eight months of the year—solid pack ice. If the oil industry was utterly unprepared for a blowout in the balmy Gulf of Mexico, how in the world can we trust them in a treacherous environment like the Arctic? Nobody knows how to clean up oil there, even during the open water season. And once the ice and long Arctic night close in, there'd be zero hope of plugging a blow-out or containing a spill.

Those harsh conditions also guarantee human and mechanical error. During a disastrous 2012 attempt at Arctic drilling, Shell Oil experienced fires, leaks, slipped anchors, emergency gear that was "crushed like a beer car," and a 30-mile iceberg that sent its ships fleeing.

A just-released Coast Guard report says Shell's reckless and failed attempt to tow its Arctic Ocean drill rig in 2012 was riddled with poor planning and judgment—and involved numerous potential violations of the law.

Then, a couple of months ago, the Arctic caught a huge break. A federal appeals court ruled that in 2008, when the government approved drilling there, it wildly underestimated the risks of spills and other hazards. That has stopped all drill efforts for now. And it's created a golden opportunity for President Obama to chart a new course by putting the Arctic completely off-limits to Shell and every other oil company—for good.

It also sets the President up to lead the fight against climate change. Left to their own devices, oil companies will drill and unleash every last bit of carbon-polluting crude they can get their hands on. Just two weeks ago ExxonMobil said it "takes the risk of climate change seriously," but that they'd go right on digging and burning all their oil reserves.

To be blunt, that is crazy talk. There's a clear scientific consensus that pumping that much carbon into the atmosphere will change life on Earth as we know it.

That's why I made this video, calling on all Americans to stand up to Big Oil by asking President Obama to ban oil drilling in the Arctic and lead the way to a future powered by 100 percent clean energy. Please make your own voice heard at DemandCleanPower. But don't delay. In a court filing last week, Shell indicated it's counting the days till it can get back into the Arctic. We have to make sure that never happens.