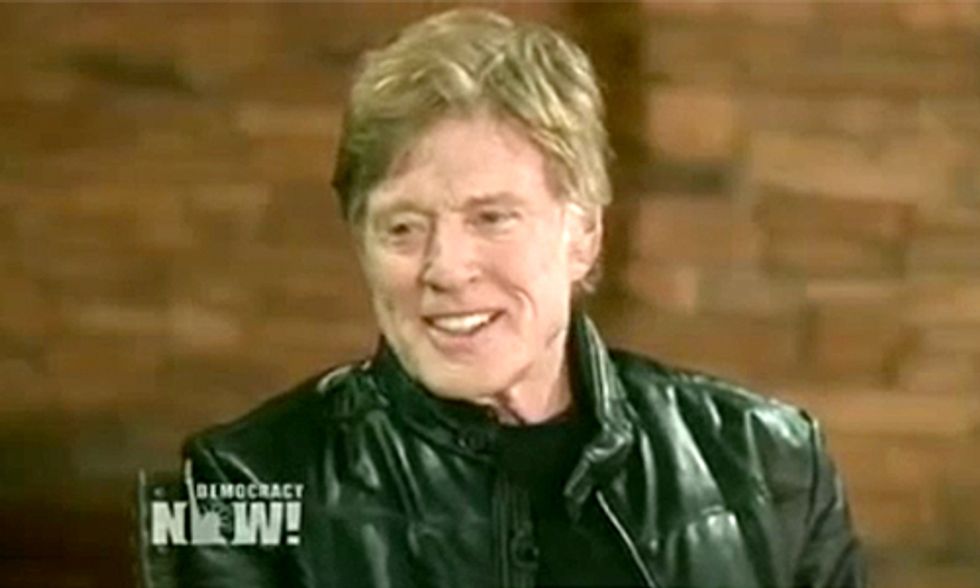 In the interview, Goodman jumps right in by asking Redford, founder of Sundance Film Festival, about last week’s vote where half of the Senate refused to formally acknowledge the existence of man-made climate change.

“I think the deniers of climate change are probably the people who are afraid of change. They don't want to see change,” Redford tells Goodman. “Too many in Congress are pushing us back into the 1950s.”

Goodman also asks Redford, a long-time opponent of the Keystone XL, about the attempt by the new Republican majority in Congress to approve construction of the controversial pipeline. “I had a lot of experience with oil,” he says, noting that he once worked in the oil fields. “I think it should stay in the ground. We're so close to polluting the planet beyond anything sustainable.”