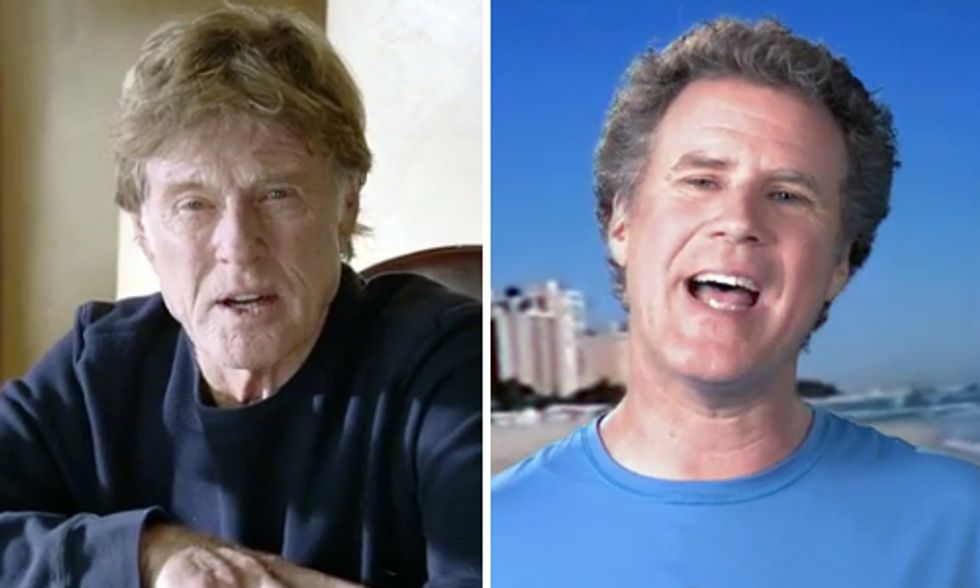 Actors Robert Redford and Will Ferrell, along with professional surfer Kelly Slater, are part of a new project to support Raise the River, an initiative to breathe life back into the Colorado River Delta. Through humorous banter, Redford and Ferrell in a number of short video spots highlight the urgency to recreate lost habitat for fish, birds and other wildlife, as well as reignite communities along the riverbank.

The campaign hopes to raise $10 million by 2017 to restore a 70-mile stretch of river and wetland habitat, and to benefit the communities of the long-neglected delta.

“The Colorado River is an American treasure, one of our great icons, but we’ve overused it. It hasn’t regularly flowed to its natural end since the ‘60s,” says Redford. “The good news is that there’s a solution within our grasp. Both the U.S. and Mexican governments are involved in the effort and with a collective public commitment, we can implement the restoration plan and win this campaign.”

In these hilarious videos, Redford and Ferrell debate whether it’s best to restore the wetlands and the flows for the populations in the Delta region or move the ocean inland “a few hundred miles” to create more coastline for American surfers.

“As someone who has spent my entire life in and near the ocean, I know how important it is to protect its health and purity,” said Slater. “Part of that is making sure that our rivers and streams are healthy, too. The Colorado River belongs to all of us, and I’m excited to help get the word out about this great cause.”

The campaign hopes to raise $10 million by 2017 to restore a 70-mile stretch of river and wetland habitat, and to benefit the communities of the long-neglected delta. Currently, the Raise the River campaign is 75 percent funded, thanks in part to a generous grant from Keurig Green Mountain to support water rights acquisition and on-the-ground restoration. The six-million-year-old Colorado River is one of the hardest-working rivers on the planet supplying water to 40 million people, irrigating four million acres of farmland and serving as the lifeblood of native tribes, seven National Wildlife Refuges and 11 national parks. It deserves our support.