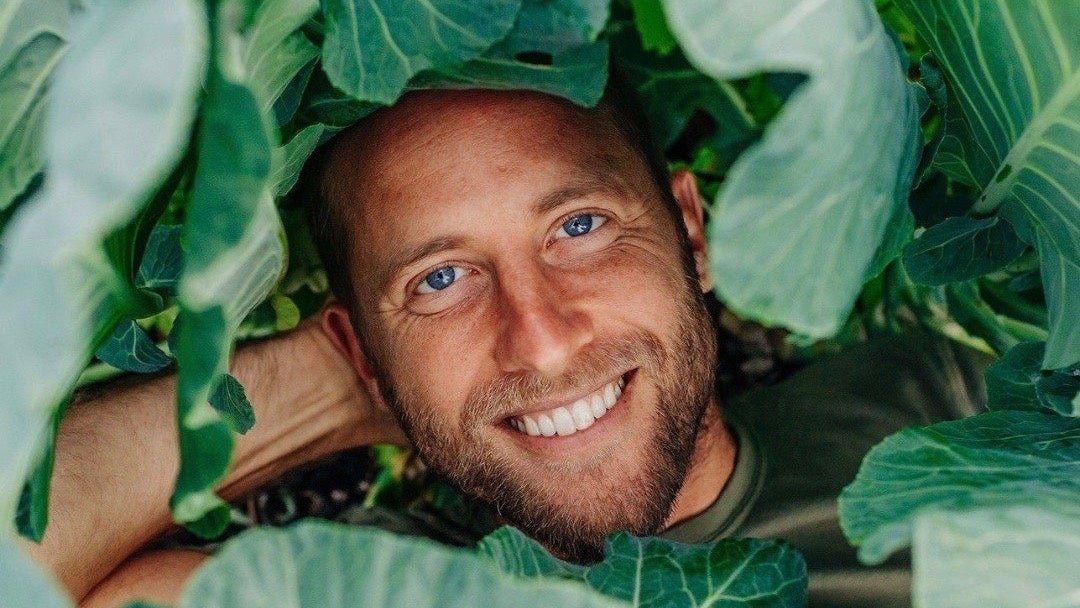 Rob Greenfield pictured above is driven by the concept of "living a life where [he] can wake up and feel good about [his] life." Rob Greenfield / Facebook

For one year Rob Greenfield grew and foraged all of his own food. No grocery stores, no restaurants, no going to a bar for a drink, not even medicines from the pharmacy.

Literally everything that passed Greenfield’s lips in the last year was something he either grew in his gardens or he went out into nature and harvested. He hopes his journey will inspire others to live with more happiness, health and sustainability.

Rob Greenfield Wants to Inspire People to Question Their Food

Greenfield displays “TOO MUCH HONEY” on day 357 of growing and foraging 100 percent of his food. Rob Greenfield / Facebook

For some time, Greenfield had been wrestling with the question: is it possible to step away from our globalised industrialised food system, from all the destruction that it causes to the world, to other species, to other people, and step away from that and actually produce all of his own food? So he decided to find out if it was possible.

Well, one year later and Greenfield is happy to announce that he still here and he is healthier than when he started, and happier that he did it.

Another element of the experiment is that he wants to inspire people to question their food. Where does it come from? How does it get to them? What is the impact it has on the Earth, other species and ultimately themselves?

Rob has “grown over 100 different foods and foraged over 200.” Rob Greenfield / Facebook

And if they question it and they don’t like the answers that they find, then Greenfield hopes they’ll change those answers. That they’ll change the way they are eating to be in a way that is more beneficial to the Earth, to our communities and to ourselves.

When Greenfield arrived in Orlando, he had no land or gardens of his own, so he had to walk around the community talking to people and ask if they would be interested in him turning their front lawn into a garden. Over a period of six months he made six small gardens around the neighborhood. The deal was that the owners could eat as much food as they wanted from the garden. Now the project is over, however all the gardens are still producing more food.

Greenfield put a lot of thought and effort into this 12 month project. Prior to the year, he began growing and learning how to forage for 10 months. He looked into everything; where he’d get his calories, fats, protein and nutrients.

He grew some 100 different foods in his garden and foraged a further 200 different foods: a variety of over 300 foods, which is extremely diverse by anybody’s standards. With salt from the ocean, coconuts from the beach, caught fish, and a variety of herbs from his garden, Greenfield’s diet for the 12-months was balanced, healthy, fresh, seasonal, tasty, plastic-free, pesticide-free, and above all, eye-opening.

He will be doing a lot of traveling over the next year so he won’t have a garden, but says everywhere he goes he will still seek out locally produced food. Of course he will have to buy food, but he says it’s about buying unpackaged foods that don’t leave trash behind for future generations.

What I’m driven by… Is living a life where I can wake up and feel good about my life, and I can go to bed and feel good about my life, and where I can hopefully die many years from now and know that my life was honest. It was genuine. I knew my actions and how they affected the world. I want to live a life of truth. But beyond that, I want to spread the truth. I want other people to wake up and I want him to live lives of truth as well.

Reposted with permission from BrightVibes.