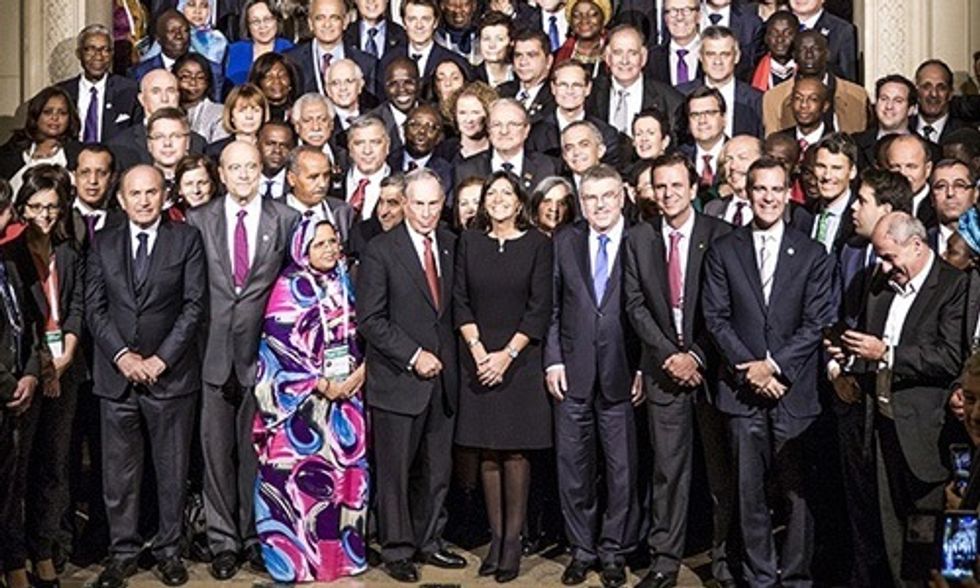 C40 released a report Monday that provides a roadmap for specific climate action that cities should take in 2016 and beyond. C40 and partner Arup released the report, Potential for Climate Action, at an event at Le Bourget alongside the COP21 climate negotiations.

Mayors at the Climate Summit for Local Leaders on Dec. 4 in Paris. Photo credit: C40

This report is significant because it both analyzes the most important specifications that major cities can take to cut carbon emissions and it identifies the barriers that need to be removed if mayors are to achieve them. The member cities of the C40 represent a combined population of more than 600 million people and a quarter of world economic output. What happens in these cities will significantly dictate whether or not the world can tackle climate change.

The key findings are that, while C40 cities have already taken 10,000 climate actions between Copenhagen COP15 in 2009 and Paris COP21 in 2015, the potential for further delivery is much greater—a pool of 27,000 actions. The report analyzes each of these potential actions against three factors, the opportunity learn from their peers (ie has another city already done it), having mayoral power to deliver and scale of potential GHG reduction impact. This allows us to identify 2,300 priority actions which, if fully implemented, will cut GHG emissions by 450Mt CO2 in the next few years and will cost $6.8 billion to catalyze. This is a relatively modest sum, but this analysis shows that access to funding is the single biggest obstacle to cities delivering greater climate action.

The report finds that fully three-quarters of the barriers to taking these potential actions require city leaders to partner with other actors—chiefly national/regional governments or private companies. It provides further evidence that a collaborative approach is essential to tackling climate change—the essence of C40's work. Finally, it will serve as a building block from which we can engage many other partners in this endeavor. Published against the backdrop of the crucial COP21 talks, it provides a positive reminder of the significant potential for climate action in addition to that which the Paris agreement will, hopefully, unlock.