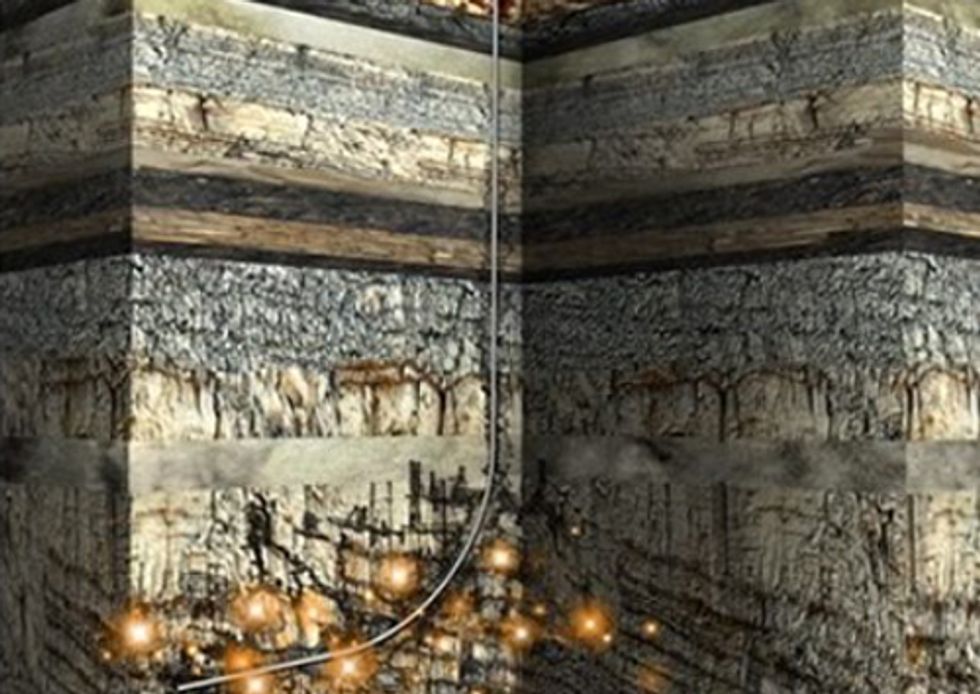 Viewed in light of human rights standards, that the risks associated with hydraulic fracturing may raise liability concerns for the New York State Department of Environmental Conservation, as the state considers whether and how to move ahead with large scale natural gas development.

The report, prepared by Environment and Human Rights Advisory, looks at a number of recent United Nations (U.N.) declarations and documents. One of these informs the U.N. Human Rights Council that the environmental damage caused by hydraulic fracturing for natural gas poses “a new threat to human rights.” And a recent U.N. Resolution states that "environmental damage can have negative implications, both direct and indirect, for the effective enjoyment of human rights."

Despite claims of economic benefit, the report notes that hydraulic fracturing presents significant risks to local air quality, to ground and surface waters, to soils and ecosystems and to several dimensions of human health.

The report’s author, Dr. Thomas Kerns, finds that although the current state of knowledge about potential human health and environmental impacts of these airborne and waterborne contaminants, as well as of their mixtures and interactions, is poor, some fracking chemicals even now are known to be endocrine disruptors and neurotoxins and some have been designated by the U.S. Environmental Protection Agency as probable or known carcinogens.

The report suggests that this points to a need for caution and for gathering further information before proceeding with licensing, especially since vulnerable and disadvantaged populations would be at even greater risk.

Earthworks is dedicated to protecting communities and the environment from the impacts of irresponsible mineral and energy development while seeking sustainable solutions.