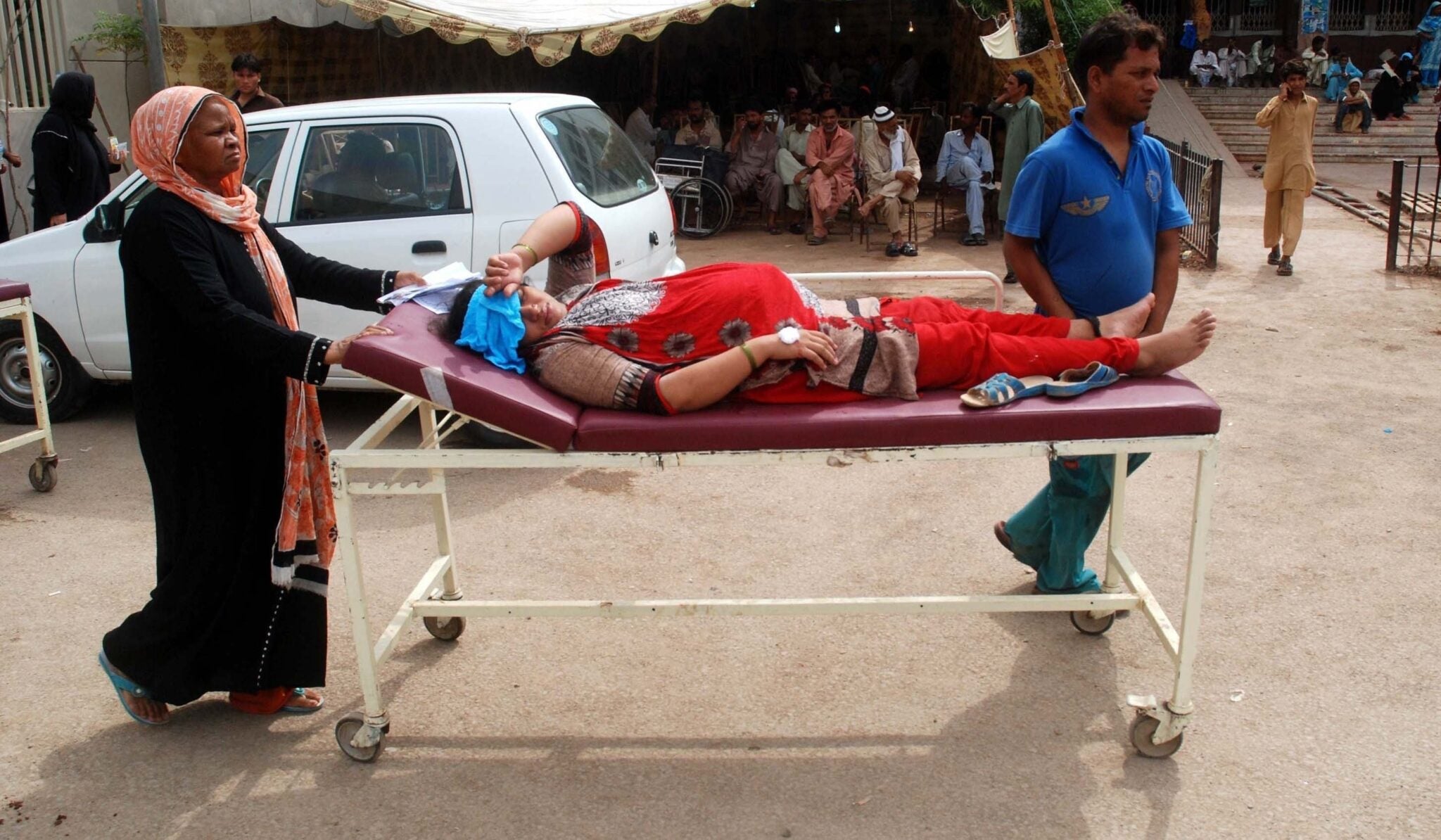 Pakistanis carry a patient who was affected by a heatwave to take her to a hospital in Karachi, Pakistan, on June 25, 2015. Abbas Ali / Anadolu Agency / Getty Images

An additional 2,100 deaths from fatal injuries may occur in the U.S. every year from a 2 C rise in temperatures, which could have grave implications for global changes associated with the climate crisis.

Under the Paris agreement, international leaders have agreed to limit global temperature increases to well below 2 C above pre-industrial levels with a best-case-scenario cap at 1.5 C. An international collaboration of scientists found that each year an excess of 2,135 deaths from injuries would be seen in a 2 C rise in temperatures and 1,601 in a 1.5 C rise.

“These predictions suggest we should expect to see more deaths from transport accidents, suicides, drownings and violence as temperatures rise,” said study author Majid Ezzati of Imperial College London. “These new results show how much climate change can affect young people. We need to respond to this threat with better preparedness in terms of emergency services, social support and health warnings.” 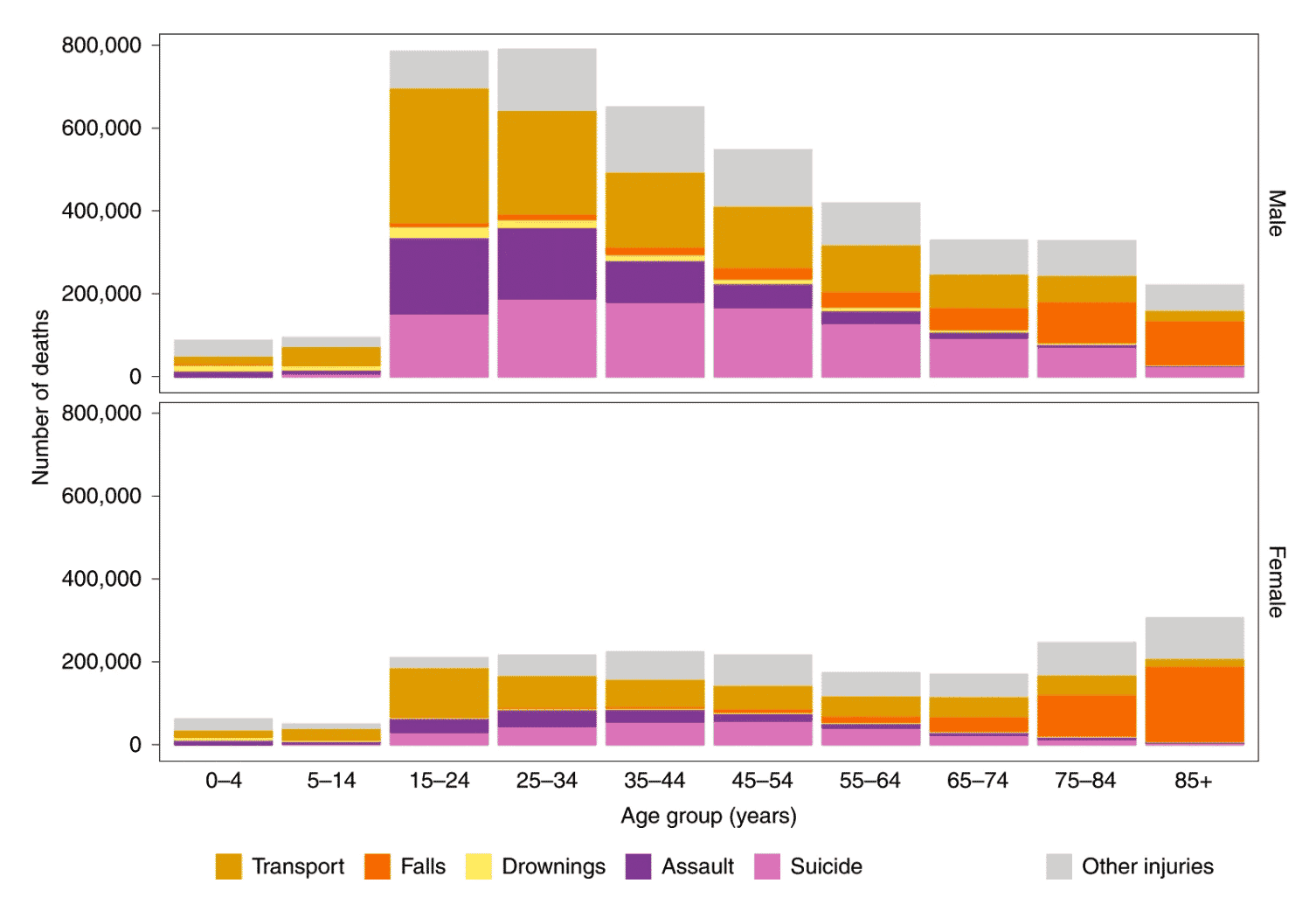 Researchers calculated the number of deaths from injuries every year in each state, excluding Alaska and Hawaii, between 1980 and 2017 using data from the National Center for Health Statistics. Deaths were classified into those that were unintentional, such as falls or drowning, and intentional, which includes assault and suicide. They then compared those numbers with temperature anomalies over the 38-year-period to determine how fatal injuries may be influenced by weather anomalies.

Abnormalities in temperature were most noticeable in December and January and the least in August and September, reports CNN. Greater disparities were seen in northern and central states when compared to southern and coastal regions.

Males were disproportionately affected by temperature swings. More than 4.1 million males — a majority of whom were between 15 and 34-years old — and 1.8 million females were found to have died from an injury during this period — a majority of which were caused by accidents, falls, or drownings as well as by assault and suicide.

The exact mechanisms behind this increase are not fully understood and drawing a link between climate change and injuries has been a “blind spot” in research, notes The Verge. Deaths from injuries vary seasonally and by age group because there are varying physiological and behavioral reasons that someone is more likely to fatally injure themselves during temperature swings. During warmer months, there is an increased risk of dying from drowning or in a transport-related accident simply because more people are swimming, driving and drinking alcohol. The researchers note that it could be that people spend more time outside when the temperatures are higher, which increases risks of confrontation, particularly as people tend to be more agitated when it’s hot.

“Our work highlights how deaths from injuries including assaults, suicides, transport and drowning deaths currently rise with warm temperature, and could also worsen by rising temperatures resulting from climate change, unless countered by social and health system infrastructure that mitigate these impacts,” said Dr Robbie Parks, lead author from Columbia University’s Earth Institute.

A 2018 study found that rising temperatures are linked to increasing rates of suicide, reported The Guardian at the time. Extreme weather events can affect mental illness, one of the major causes of suffering in the U.S., in a number of ways, according to the CDC. High levels of anxiety and post-traumatic stress disorder have been reported in survivors of natural disasters like hurricanes, floods, and fires — all events that are expected to be exacerbated by climate change.

Though every state saw an increase in fatal accidents associated with increasing temperatures, California, Texas and Florida saw a significantly greater increase overall. The following geographic breakdown is under the assumption of a 2 C rise in temperature. The findings are published in the journal Nature Medicine.