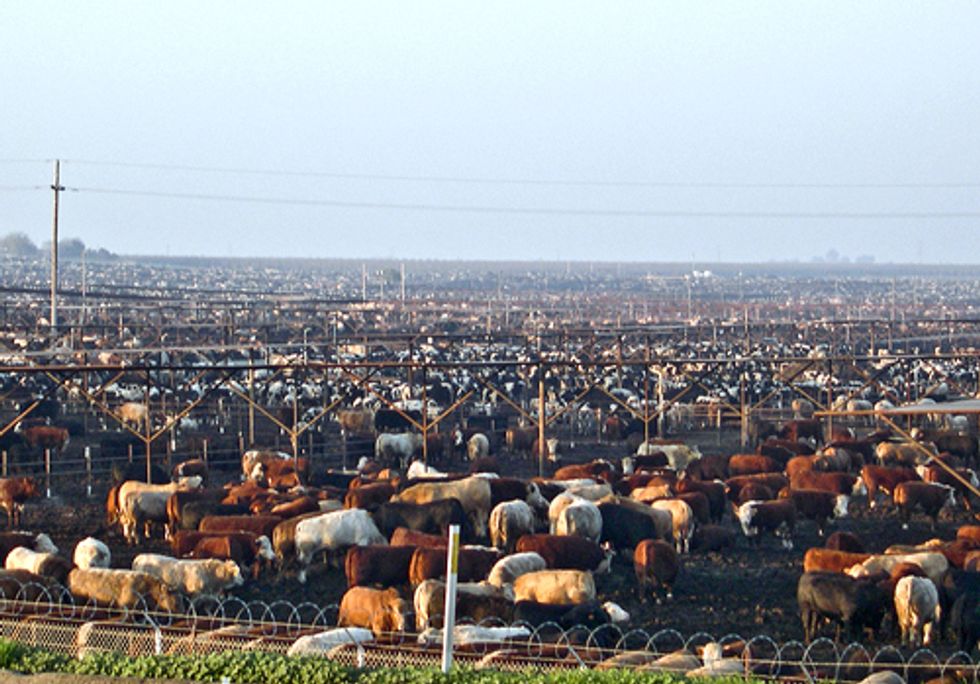 The global population of farm animals increased 23 percent between 1980 and 2010, from 3.5 billion to 4.3 billion, according to research by the Worldwatch Institute for its Vital Signs Online publication. These figures continue a trend of rising farm animal populations, with harmful effects on the environment, public health and global development.

Both production and consumption of animal products are increasingly concentrated in developing countries. In contrast, due in part to a growing awareness of the health consequences of high meat consumption, the appetite for animal products is stagnating or declining in many industrial countries.

“The demand for meat, eggs and dairy products in developing countries has increased at a staggering rate in recent decades,” says report co-author Danielle Nierenberg, director of Worldwatch’s Nourishing the Planet project. “While industrialized countries still consume the most animal products, urbanization and rising incomes in developing countries are spurring shifts to more meat-heavy diets.”

“Farm-animal production provides a safety net for millions of the world’s most vulnerable people,” says Nierenberg. “But given the industry’s rapid and often poorly regulated growth, the biggest challenge in the coming decades will be to produce meat and other animal products in environmentally and socially sustainable ways.”

Concentrated animal feeding operations (CAFOs), or factory farms, are the most rapidly growing system of farm animal production. The United Nations Food and Agriculture Organization (FAO) estimates that 80 percent of growth in the livestock sector now comes from these industrial production systems. CAFOs now account for 72 percent of poultry production, 43 percent of egg production, and 55 percent of pork production worldwide.

The environment is not all that is at stake with this rapidly shifting means of food production; factory farms pose a serious threat to public health as well. Diets high in animal fat and meat—particularly red meat and processed meats, such as hot dogs, bacon and sausage—have been linked to obesity, diabetes, cardiovascular disease and certain types of cancer.

Although CAFOs originated in Europe and North America, they are becoming increasingly prevalent in developing regions like East and Southeast Asia, where environmental, animal-welfare, public health and labor standards are often not as well-established as in industrialized regions. The report stresses that to prevent serious human and environmental costs, policymakers will need to strengthen production regulations around the world.