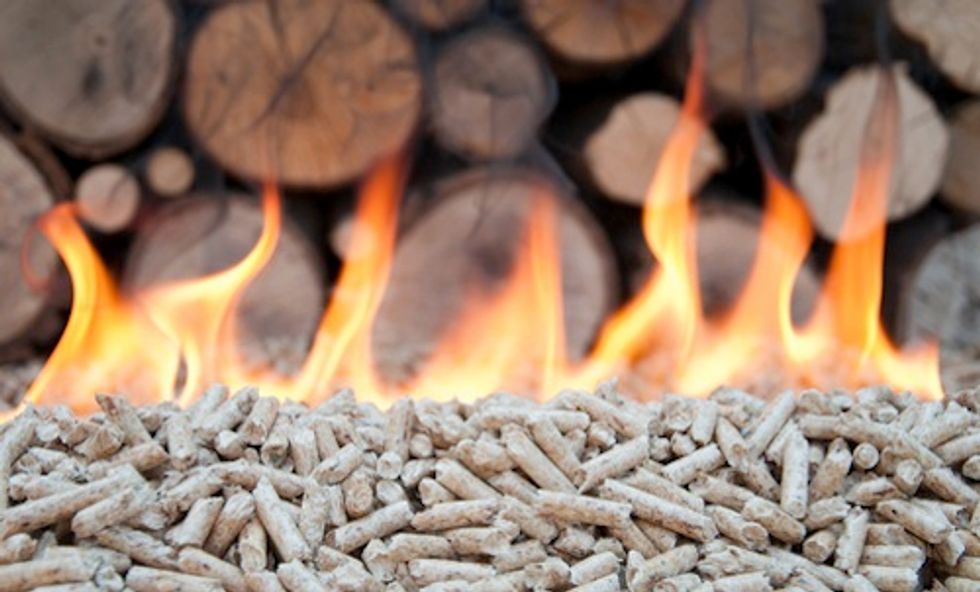 The Southeastern U.S. is currently experiencing what is likely the world’s most rapid growth in the development of woody biomass energy facilities, with wood pellet exports from Southern ports increasing 70 percent last year—making the Southern U.S. the largest exporter of wood pellets in the world.

Forestry Bioenergy in the Southeast United States: Implications for Wildlife Habitat and Biodiversity is a first-of-its-kind, landmark study which examines the potential wildlife and biodiversity impacts of this expanding industry and points to policy measures that may minimize impacts.

“The surge in demand for Southeast trees is being driven by government incentives—here and abroad—designed to encourage renewable energy and reduce greenhouse gas emissions,” said Julie Sibbing, senior director of agriculture and forestry programs at the NWF. “This study shows that wildlife like the brown-headed nuthatch and eastern spotted skunk are at risk from this rapidly growing industry if policies are not put in place to ensure more sustainable sourcing solutions.”

To help answer the question “How is biomass sourcing impacting wildlife and biodiversity?”, the NWF and the SELC commissioned an independent scientific study by a multi-disciplinary team from three major Southeastern land grant universities—University of Georgia, University of Florida and Virginia Tech.

“One of the biggest concerns raised by the report is escalating pressure for cutting bottomland hardwood forests," said David Carr, general counsel of SELC. "Locating facilities in the coastal plain dependent on forested wetlands raises major concerns regarding the impacts on birds, aquatic species and other wildlife associated with forested wetlands, which have declined dramatically over time."

"Despite claims to the contrary, Enviva is sourcing whole trees from forested wetlands to serve its Ahoskie, NC, facility and its two other facilities with overlapping sourcing areas—one in Northampton County, NC, and one in Southampton County, VA," Carr continued. "The study confirms that Enviva’s location and reliance on hardwoods is likely to have devastating impacts on wetlands and wildlife, particularly birds.”

The researchers analyzed land cover and determined areas of highest risk of harvesting around six facilities located in Georgia, North Carolina and Virginia, with sourcing areas stretching into Florida, South Carolina, Tennessee and West Virginia. The researchers then applied various limits on biomass sourcing to evaluate how each scenario would overlap with habitat for several wildlife species of conservation concern.

Key findings from the study include:

The study points to several existing sustainability programs that could be the basis for wildlife-protective sourcing policies. These include the Forest Stewardship Council forest management certification and certification by the Roundtable on Sustainable Biomaterials. The study points out, however, that there are no current policies that require such sustainability standards to be used.

“Without sustainable sourcing criteria, increased bioenergy sourcing in Southeast forests could exacerbate historic practices such as conversion of natural upland forests to planted pines and intensive logging of forested wetlands,” said Jason Evans, environmental sustainability analyst at University of Georgia’s Carl Vinson Institute of Government. “These practices are known to have negative impacts on a number of wildlife species."

"However, regular thinning of existing planted pines for bioenergy use could also improve habitat conditions for some species of concern, such as the northern bobwhite quail," Evans continued. "The methods and results of this study provide guidance for up front evaluation of such risks and opportunities as new bioenergy facilities are being planned across the region.”