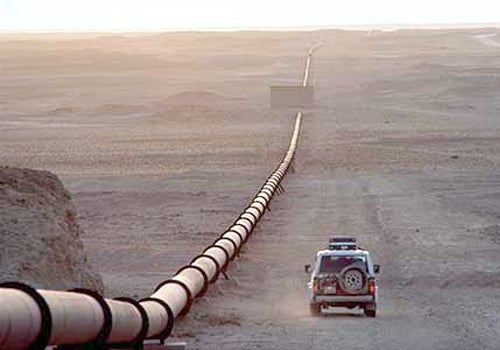 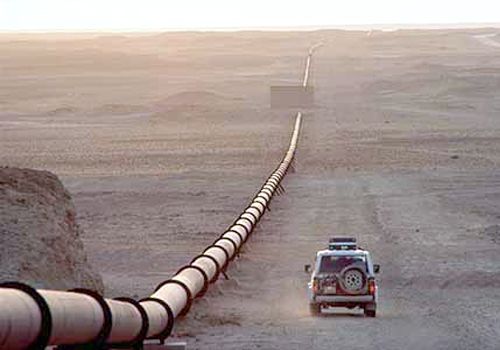 For some time now we have been told that the ongoing North American oil boom will end U.S. reliance on Middle Eastern oil and change America’s foreign policy dynamic with regards to ‘hostile’ oil producers. Nothing could be further from the truth.

The latest petroleum statistics from the Energy Information Administration (EIA) show that in the past year, while U.S. oil production surged at unprecedented rates, imports from Saudi Arabia, (you know, that country that we’re supposed to be less dependent on) have in fact risen.

And the fact that this has happened while overall imports have declined only serves to further demonstrate what a load of nonsense the oil independence rhetoric really is.

Yes, America’s importing less oil but is it any less dependent on what goes on in the Middle East? Not a bit.

This is what’s been going on.

Saudi Arabia has been increasing supply throughout 2012 hitting record levels of 10.1 million barrels per day in May. This is part of the country’s commitment to ease the effect on global oil markets of sanctions against its arch enemy, Iran. It has been the country’s stated intention to bring prices down towards $100 a barrel. This seems to have worked as on June 1 Brent crude dropped below $100 for the first time since Feb. 2011, although the ongoing economic crisis in the Eurozone clearly also plays a role.

Part of the Saudi import rise is also attributed to the (at that time) imminent opening of Motiva’s massive refinery expansion at Port Arthur, Texas. Motiva is a joint venture between Shell and Saudi Aramco, the Saudi national oil company. The expansion raises the refinery’s capacity to 600,000 b/d making it the biggest in America. The official opening was May 31. Naturally, Saudi Aramco wants to process some Saudi oil at its flagship foreign refinery.

But according to the EIA, other refineries have been soaking up the extra Saudi supply as well. Naturally, the same companies who tell us that one of the great virtues of increased North American supply is reduced dependence on Middle East oil show little loyalty to North American suppliers when they are offered a cheap tanker load or two. And why should they? Business is business, after all.

All of this makes for some sober reading for the champions of so called North American oil independence. Because while U.S. production climbed in this period a hefty 600,000 b/d, reaching levels not seen since 1998, the unattainable goal of ‘independence’ from the Saudi bogeyman became less, well, attainable.

Saudi Arabia remains the most powerful force in the global oil market and booming North American production has done nothing to change that. North American oil producers will never maintain spare capacity that can be used to address supply disruptions (unless we nationalize them, now there’s a thought) and Saudi Arabia has shown that it has the ability to both maintain a supply cushion and increase its capacity in a relatively short time.

Further, Saudi Arabia owns a 50 percent share in nearly 1 million b/d of refining capacity in the U.S. Unless that changes there will always be imports from Saudi Arabia even if North American oil independence ever did become a reality, which is unlikely.

While America remains the consumer of some 20 percent of the world’s oil, it doesn’t matter how much oil is produced in America, Canada or any other ‘friendly’ country .This country will always remain vulnerable to the volatile oil market. It will therefore always maintain an interest in securing oil supply corridors in the Middle East and elsewhere.

And while America continues to consume that 20 percent of global oil production, it will also continue to fail to play its role in heading off a climate disaster. Meeting that demand today means digging ever deeper and dirtier for oil, using more energy to get at those barrels and relentlessly expanding the global pool of carbon available to burn. The current North American oil boom is entirely founded on extraction that is more energy intensive and more polluting. It is tar sands, fracked oil, ultra deepwater, the Arctic, and if the industry gets its way, the oil shale (kerogen) in the Rocky Mountains could take the prize for extreme and destructive production.

So we need to take this moment to step back and think about what we are being sold. A fantasy of energy independence that even if it were attainable would come at a terrific cost in pollution, community disruption and climate change.

The only way to beat Saudi Arabia—if that really were one of the goals of the relentless push into extreme oil—is to cut demand. It is clearly possible to cut U.S. demand for oil around 50 percent in the next 20 years, and that would surely make a bigger impact on our energy independence than any feasible increase in supply ever could.

But freedom from the Saudi influence on the global oil market is not the goal. Profit is. And because of the enormous profits at stake and the corrupt and dysfunctional system of campaign finance in America, it is not yet politically feasible to make those oil demand cuts.

As the millions pouring into the political process from the oil industry makes only too clear.