250,000 People #RiseForClimate on All 7 Continents 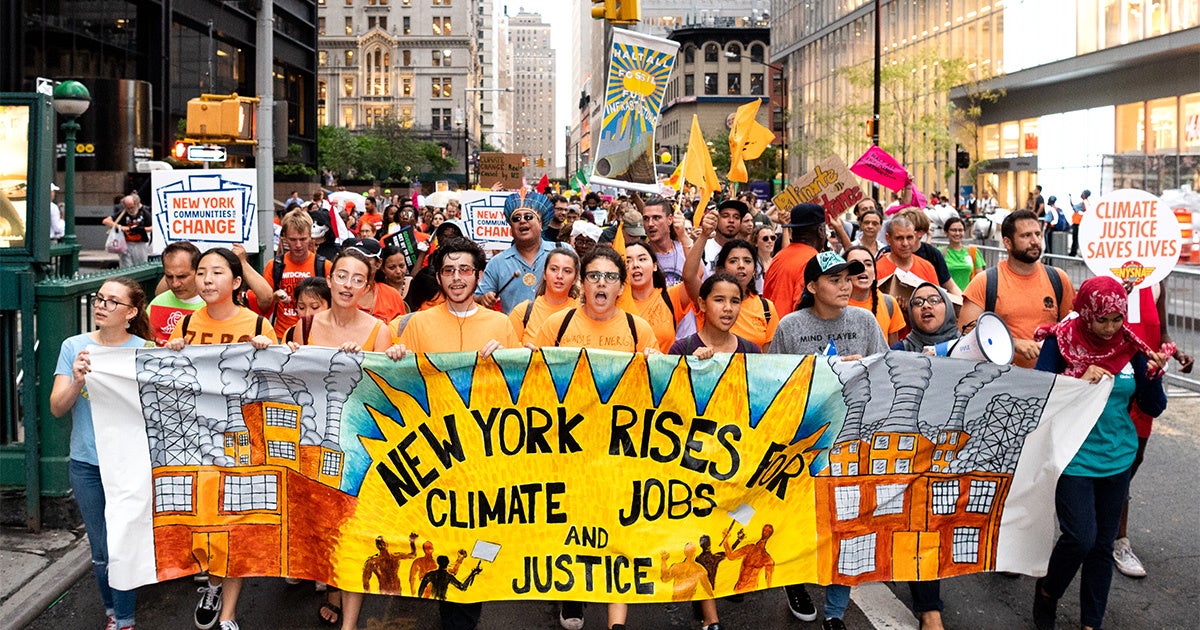 More than 250,000 people took to streets and waterways to #RiseForClimate Saturday as part of more than 900 different events on all seven continents to urge global leaders to transition from fossil fuels to renewable energy, march coordinating site Rise for Climate reported.

The day began with demonstrations in Pacific islands like Fiji and Vanuatu which are disproportionately at risk from sea level rise and closed out with a march in San Francisco that ABC7 News tweeted was the “largest climate march the west coast has ever seen.”

#RiseForClimate demonstrators are marching through San Francisco in what's being hailed as the largest climate march the west coast has ever seen. Watch live coverage here: https://t.co/MasOrxZ6k2

The global action day comes as an upsurge in extreme weather events is making the impact of climate change more and more apparent.

“It’s been a year of historic wildfires, there’s drought in many parts of the world and sea levels are rising,” 350.org Executive Director May Boeve told ABC7 News.

Demonstrators around the world found many creative ways to make their voices heard.

In Sydney, Australia activists sailed into Sydney harbor in a tall ship with “Rise for Climate Action” written on the sails.

Artistic activists in Vietnam produced a music video in honor of the day.

In northern India, the Red Tape Movement, which places red tape on trees to raise awareness about the dangers of deforestation, contributed to the day’s events by forming a giant peace sign with their bodies.

I'm finding the pictures pouring in from northern India especially moving. These are all part of the #RedTapeMovement for environmental protection. #RiseforClimate https://t.co/AaSHKoDITS

Activists in County Durham in the UK took direct action by locking themselves to equipment in the Field House opencast mine to stop work for the day, The Independent reported.

In Antarctica, scientists at Concordia Station including astrobiologist Cyprien Verseux suited up to photograph themselves holding signs in the snow.

Some demonstrators even brought their pets along to join the fun.

The other side of the yellow dog's sign says "I don't want to be a hot dog" ?

The march in San Francisco highlighted the indigenous communities that are often on the front lines of fighting fossil fuel extraction.

Leaders of indigenous communities from Hawaii to the Amazon led the march down Market Street, The San Francisco Chronicle reported.

President of the Kichwa group from the Ecuadorian Amazon Mirian Cisneros was one of several indigenous activists that Amazon Watch helped fly to San Francisco for the event.

“We must leave fossil fuels underground, both in the Amazon forest and the whole world,” she told The San Francisco Chronicle.