Rio+20 Declaration Is a Disaster for the Planet 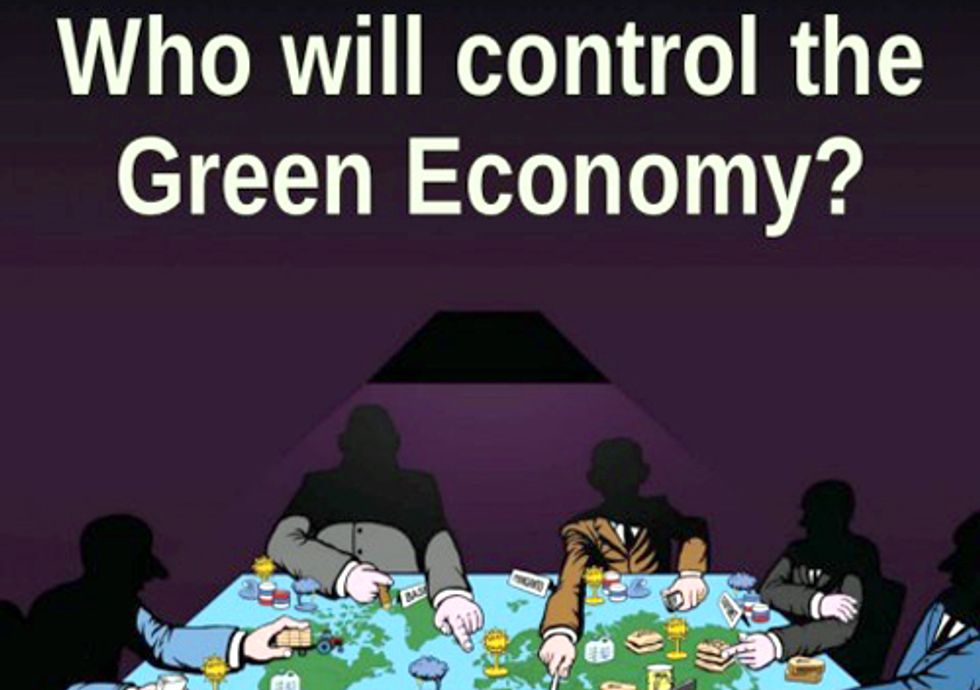 The deal on the table at the Rio+20 Summit does nothing to address the environmental and social crises that the world is facing—it simply allows multinational corporations to continue exploiting people and the planet without restraint, according to Friends of the Earth International.

“Politicians are spinning this outrageous deal as a victory but in fact it is nothing less than a disaster for the planet. This is a hollow deal and a gift to corporate polluters that hold UN decision-making hostage to further their economic interests,” said Nnimmo Bassey, chair of Friends of the Earth International.

Multinational corporations made massive lobbying efforts in the past twenty years to ensure that the UN serves their own interests rather than promoting solutions that benefit the people, such as economic justice, climate justice and food sovereignty.

“The Rio+20 Summit obviously ignored the demands of the 50,000 people marching today from the alternative Peoples' Summit in Rio. Corporate interests prevailed. The deal even allows countries to sell out nature to multinational corporations while it does not include any measures to hold corporations accountable for their negative impacts,” said Lucia Ortiz, economic justice international program coordinator for Friends of the Earth International.

“Fortunately the so called ‘green economy’ does not have such a prominent role that corporations would have wished to see in the declaration, and this is a victory for all those opposed to the destructive green economy agenda promoted by industrialised countries and multinational corporations,” added Lucia Ortiz.

On June 22 Friends of the Earth International chair Nnimmo Bassey will meet UN Secretary-General Ban Ki-moon and deliver a civil society statement denouncing the corporate domination of the UN.

More than 400 civil society organizations representing millions of people from around the world signed the statement initiated by Friends of the
Earth International and nine other organisations, which will be delivered in the sidelines of the UN Rio+20 Earth Summit.

Nnimmo Bassey will meet Ban Ki-moon in a meeting with the organisers of the alternative Peoples Summit in Rio, which includes Friends of the Earth International.

The statement is part of a Friends of the Earth International campaign—Reclaim the UN from Corporate Capture—which included the launch on June 19 of a report exposing the increasing influence of major corporations and business lobby groups within the UN.

The report presents a number of cases that clearly expose how UN policies and agencies are excessively influenced by the corporate sector, for instance oil company Shell, Dow Chemical, Monsanto, the Coca Cola company and the Chinese oil giant PetroChina.

A recent example of how the UN is unduly influenced by corporations is the 'World Business and Development Award' that the UNDP awarded on June 19 to food giant Nestlé. Nestlé has been accused of failing to act on child labour and slavery in its cocoa supply chain and of exploiting farmers in the dairy and coffee sectors for many years.

The UN Global Compact never properly investigated these violations and took no steps to stop the alleged abuses by Nestlé. The award praises Nestlé, enabling it to further greenwash its operations.

Visit EcoWatch's BIODIVERSITY and ENERGY pages for more related news on these topics.