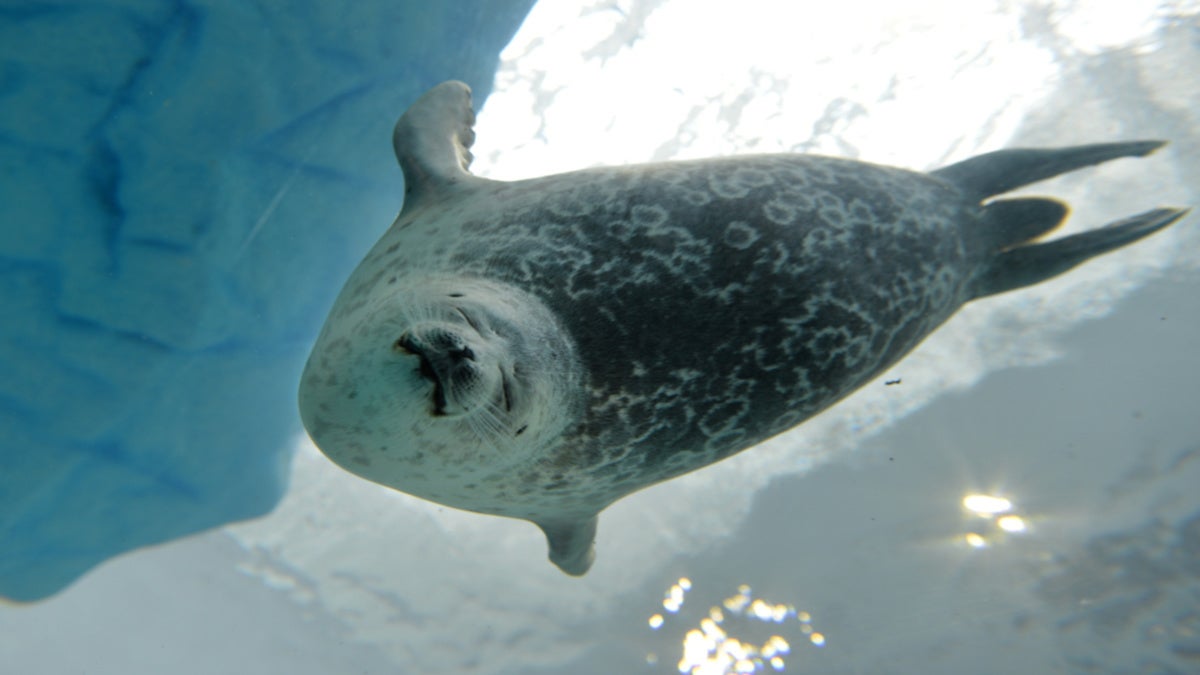 A ringed seal swims in a water tank at the Osaka Aquarium Kaiyukan on July 26, 2013. Kazuhiro Nogi / AFP / Getty Images

Ringed seals spend most of the year hidden in icy Arctic waters, breathing through holes they create in the thick sea ice.

But when seal pups are born each spring, they don’t have a blubber layer, which is their protection from cold.

Marine biologist Brendan Kelly is executive director of a collaborative program called the Study of Environmental Arctic Change. He says the seal pups spend the first months of their lives nestled in snow caves on top of the ice.

But as the climate warms, that snow is starting to melt earlier in the year, before pups can handle the cold.

“The pup is suddenly exposed to the elements,” Kelly says. “And it tends to get wet at this point. It gets cold at night, or the temperature just goes back down again for a while, and we see freezing deaths to the pups.”

Without the protection of their snow caves, the pups are also more likely to be eaten by polar bears and other predators.

According to regional climate models, snow depth in parts of the ring seals’ pupping habitat could be reduced by up to 70% by the end of the century.

“When you see this kind of massive habitat loss in a short time period, it doesn’t bode well,” Kelly says. “They’re likely to become endangered in the coming decades.”