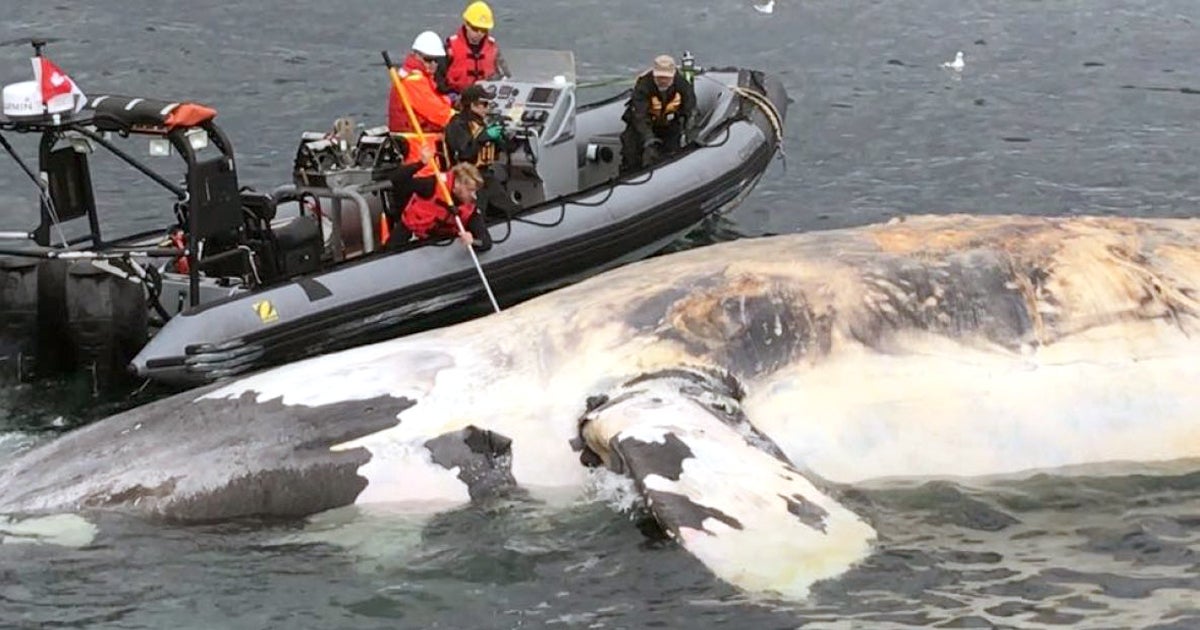 Canadian government officials and marine biologists are investigating the mysterious deaths of six North American right whales. The endangered animals all turned up dead between June 6 and June 23 in the Gulf of St. Lawrence, off Canada’s southeastern coast.

“The loss of one whale has a huge impact for any endangered species, but in particular for the North Atlantic right whale,” Sigrid Kuehnemund, the lead ocean specialist with the World Wildlife Fund-Canada, told the Globe and Mail. “Looking at this number of deaths, it will take such a devastating toll on the population. And we know that, of the whales that have been sighted, at least two are females. So, we’re not just losing those whales but also the potential for those females to have calves into the future.”

The six deaths—accounting for approximately one percent of the population—has been described by Tonya Wimmer, a marine biologist and the director of Marine Animal Response Society, as an “unprecedented event.”

“It seems very odd that they would die in this time frame and in the same area,” Wimmer told National Geographic. “It’s catastrophic.”

National Geographic reported that various marine animals in the busy port area around St. Lawrence face a number of threats, from ship strikes to toxic infections. Furthermore, the publication noted:

“A 2013 report found that water contaminants, high levels of noise, decline in prey availability, and global warming all negatively impacted the St. Lawrence beluga population, which shares habitat with right whales. And unlike belugas, the whales feed on zooplankton, which are also highly susceptible to changes in climate.”

Fisheries and Oceans Canada, the Marine Animal Response Society, the Canadian Coast Guard and others are investigating the cause of the deaths and are devising ways to prevent further losses.