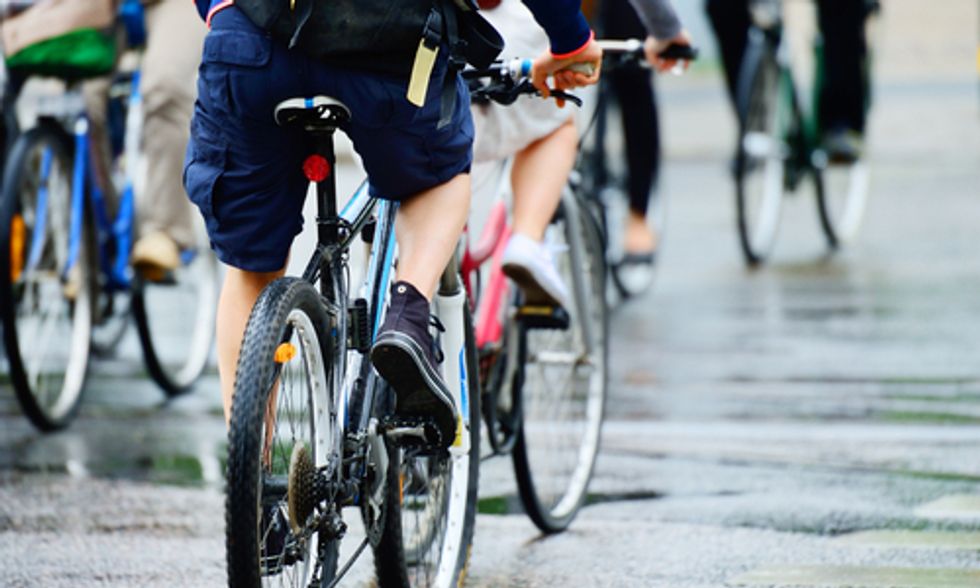 Perhaps you pedal year-round, to work, to school, to the library and coffee shop (and if so, a hat tip to you), or you are a recreational biker who likes to ride the trails on a summer weekend. Well whatever kind of biker you are, this month is for you.

May is National Bike Month, sponsored by the League of American Bicyclists, established in 1956 to encourage more people to bicycle—and to highlight all the benefits of doing so.

Bicycling offers a range of benefits from economics to environment to health. Bikes Belong offers the following bike statistics:

Whatever your reasons for biking, consider taking your bike to work tomorrow. May 16 is National Bike to Work Day. The League explains:

More than half of the U.S. population lives within five miles of their workplace, making bicycling a feasible and fun way to get to work. With increased interest in healthy, sustainable and economic transportation options, it’s not surprising that, from 2000 to 2011, the number of bicycle commuters in the U.S. grew by more than 47 percent.

New to bicycling? The League offers a series of videos in their online Smart Cycling program on bike gear, riding safely on the road and more.

Want to bike for transportation or fun, but don’t have the resources or space for your own bike? Then consider bike-sharing, which is growing in popularity around the world. According to Earth Policy Institute, currently about 600 cities in 52 countries offer bike-sharing programs, with a combined fleet of more than 570,000 bikes.

The Institute created a bicycle share fact sheet; here are a few highlights:

As Earth Policy Institute summarizes: “The prevalence of bicycles in a community is an indicator of our ability to provide affordable transportation, lower traffic congestion, reduce air pollution, increase mobility, and provide exercise to the world’s growing population.” And, as the League of American Bicyclists puts it, simply, when more people ride bikes, life is better for everyone.

So celebrate all-things-bicycling and ride to work May 16, or plan an event for Bike Month. Consider signing up for the League’s National Bike Challenge, to challenge yourself to ride more and to connect with other bike-friendly people in your community and across the U.S.