Would More People Ride the Bus if It Looked and Felt Like a Train? 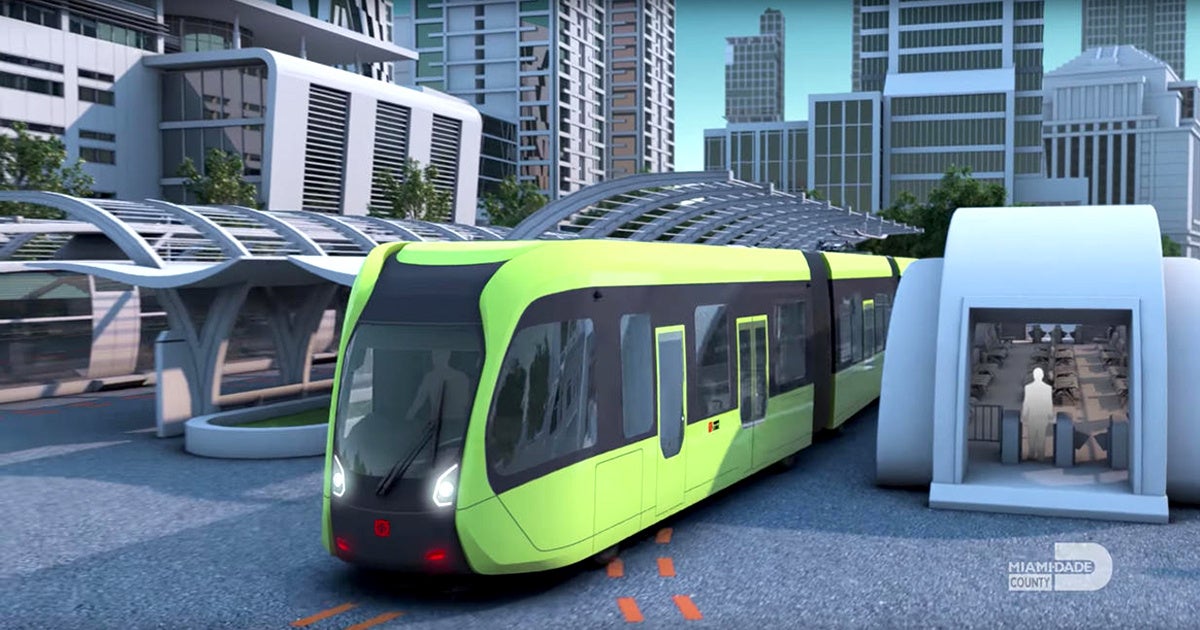 It moves through city thoroughfares, towering above automobile traffic. It makes frequent stops to pick up and drop off passengers. It has places to sit, places to stand, and—yes—rubber-tired wheels that go ’round and ’round, all through the town.

But don’t call it a bus. It’s a “trackless electric train.”

In this day and age, we’re told, branding is everything. And the humble city bus—what many people tend to think of as the most proletarian, least sexy form of transportation—continues to have an image problem. Buses are the form of mass transit that users love to hate. They’re too slow, riders say. They make too many stops. You have to wait forever (outside, braving the elements) for one to show up, and then when it finally does, it’s crammed so full that you can’t even get on. Ridership, accordingly, is down.

Meanwhile, cities across the country have fallen in love with light rail and are laying tracks and buying stock at a record clip. A light rail system in the urban core of a medium-size city is now almost a prerequisite for courting and keeping a young workforce that increasingly lists public transportation and city-center living as priorities.

But here’s the thing: For most cities, buses work. They don’t just fulfill their basic mechanical function of transporting groups of people from point A to point B. They also work practically and financially. In particular, the transportation mode known as bus rapid transit (BRT) has proved itself to be an extraordinarily efficient and user-friendly option for cities looking to maximize ridership and rider satisfaction while minimizing costs. In many cities, in fact, BRT—which typically includes a dedicated right-of-way, off-board fare collection and faster and more frequent operations—is giving rail a run for its taxpayer money.

Even so, BRT is missing a certain hip factor. So allow me to introduce you to a new kind of bus, or rather, a train transmogrified. Late last month, residents of Zhuzhou, a metropolis of more than three million people in China’s Hunan province, began seeing what looked like runaway trains gliding through the dedicated bus lanes of their city’s streets. These rubber-tired, green-and-black concatenations are three carriages long, run on battery power, and can carry more than 300 passengers at speeds of up to 43 miles per hour. Oh, and one more thing: They don’t require a driver or an engineer. They self-navigate via a computerized sensor that scans signals painted on the ground.

They’re also comparatively cheap—not to mention easy to set up. According to the vehicle’s Chinese manufacturer, an urban transit system made up of these train-bus hybrids would cost about a fifth of a subway system covering equivalent distances and ridership. And with no need for track infrastructure, a city could start using the vehicles almost immediately after purchase, assuming it can build the stations and clear the traffic lanes needed to establish the right-of-way.

Carlos Giménez, the mayor of Miami-Dade County, is more than curious. Two weeks ago, in an address to the Greater Miami Chamber of Commerce, he announced his intention to visit Zhuzhou and ride its new trackless trains, with an eye toward purchasing a fleet of them for his own traffic-snarled municipality. Before sharing a promotional video, he enthusiastically told his audience of local business leaders that the buses represent “a solution we can implement now, not one that will take decades to complete.”

Giménez came into office as a staunch champion of expanding Miami-Dade’s Metrorail system. But once he studied the issue more closely, he determined that BRT would be the right choice for his city and region, helping them achieve their targeted ridership numbers at little more than a third of the price. So far, however, Miami-Dade commissioners aren’t sold on the idea. They’re still pushing for a rail expansion plan that could cost taxpayers as much as $1.5 billion.

Neither side in this battle is wrong or right. The point isn’t that BRT is always better than light rail or vice versa. The point is that different cities have different needs when it comes to public transportation, and they should carefully weigh those needs against costs, public sentiment, long-term goals, and other factors before committing funds to create or expand a transportation system. The ultimate goal should be doing whatever it takes to get the largest number of people out of their cars and into some kind of shared transit.

In the meantime, I think we can all agree that the trackless train is sleek and stylish. Call it a train, call it a bus, call it whatever you want. Just get the people on board, and let’s get rolling.