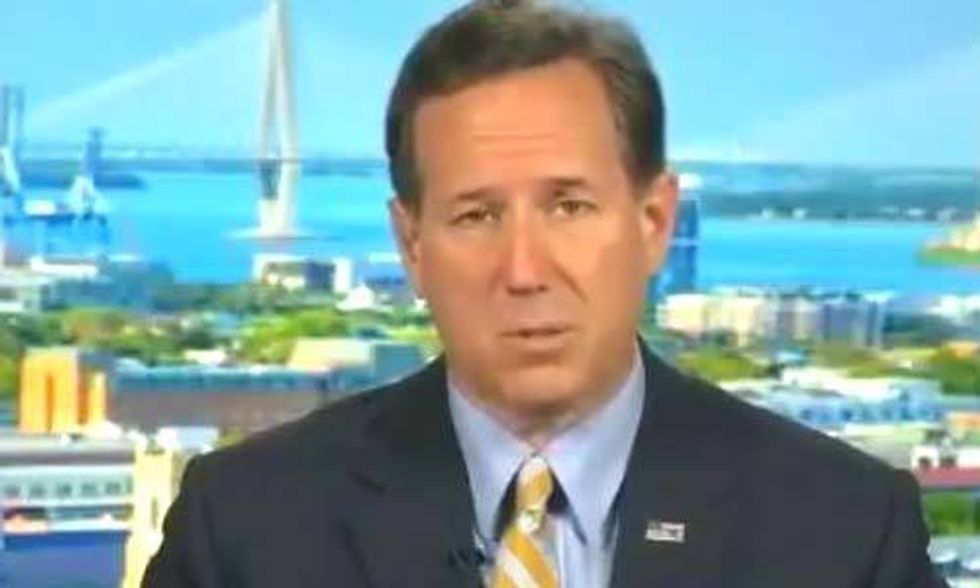 Rick Santorum, one of the many climate-denying GOP candidates running for president in 2016, accused the U.S. Supreme Court of judicial overreach with its decision on Friday that effectively made same-sex marriage legal across the country. "Instead of doing their proper limited job, they've decided to step into the realm of politics," Santorum said.

The presidential hopeful explains how he would reform the judicial branch if he were president and how he would use "the bully pulpit" to change the national conversation away from fighting climate change to fighting same sex marriage instead.

"Could you imagine if instead of this President spending all of his time talking about global warming, he talked about the importance of marriage and fathers and mothers taking responsibility and raising their children in healthy homes—and actually promoting marriage," said Santorum.