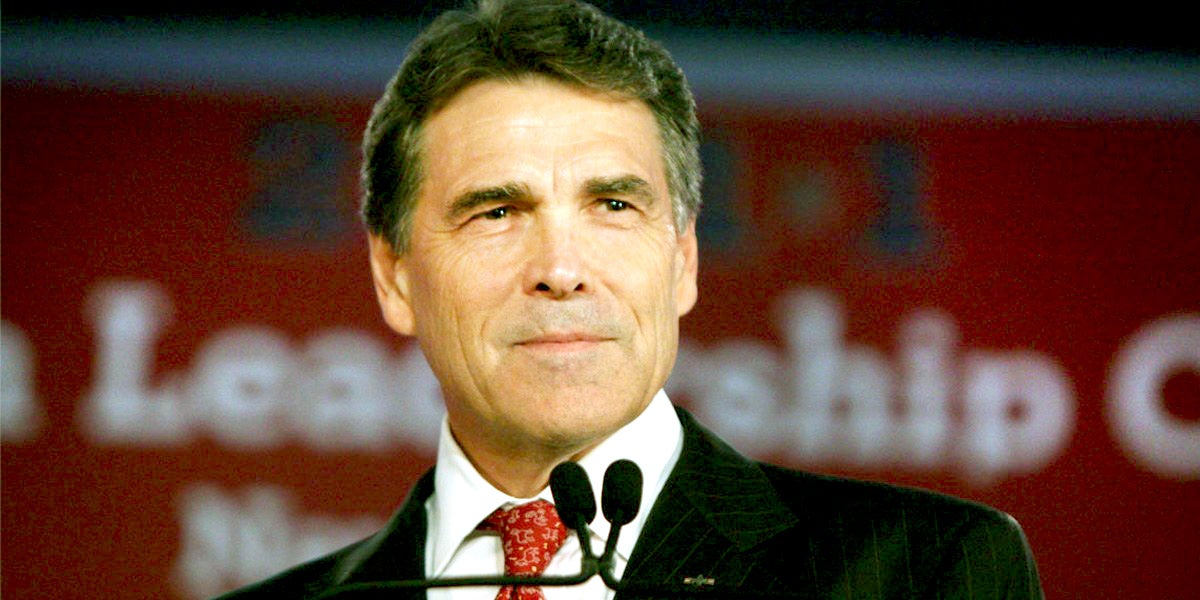 There’s a clear trend in the president-elect’s cabinet appointments—many of them are opposed to the agencies they would lead.

Some have demonstrated opposition to the particular agency and/or its mission in a professional capacity. Others have stated a desire to see the agency disappear altogether, suggesting the institution has no value.

Here’s What You Need to Know on Six of Trump’s Cabinet Nominations https://t.co/RhtZLhnK7k @earthisland @Earthjustice

Rick Perry‘s appointment to head the Department of Energy (DOE) is certainly consistent with this trend; in a 2011 presidential debate he famously forgot the name of the agency he would abolish. And now he’s been nominated to lead it.

Why does it matter and what should we expect?

Is Gov. Perry the Right Fit? 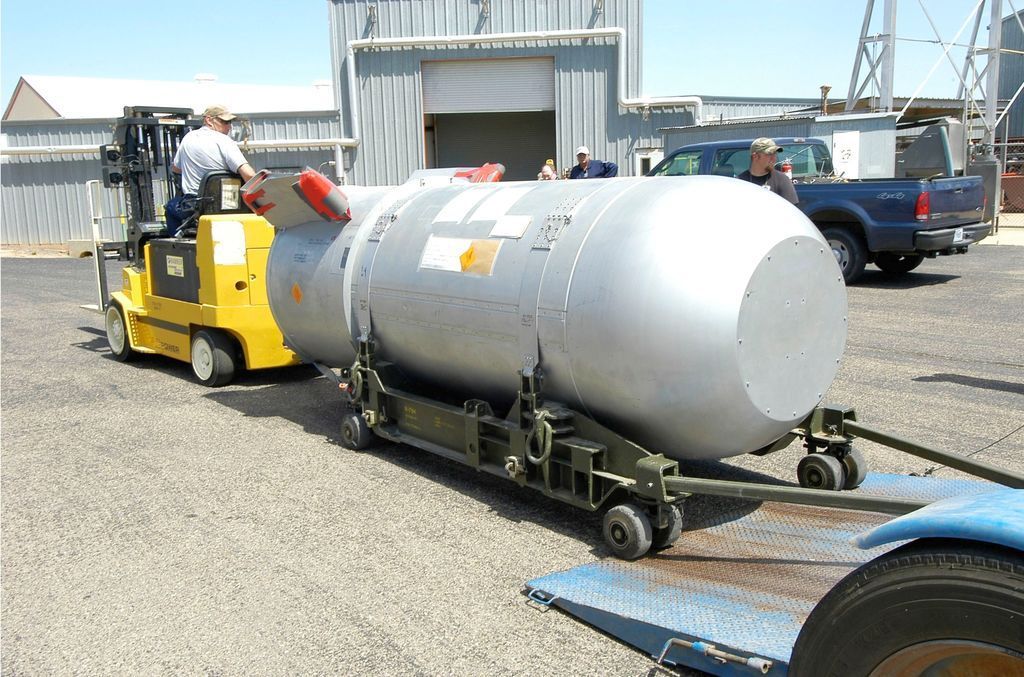 One of DOE’s most important responsibilities is making sure things like this (handling nuclear weapons) happen safely. Wikimedia

Gov. Perry can certainly make a credible case that he’s a good manager and he even has some experience with spent nuclear fuel policy in Texas. But he’s also made numerous inaccurate and misleading scientific statements and rejects the scientific consensus on things like climate change. If Rick Perry is truly “very intent on doing a good job,” he’ll need to hit the reset button on his approach to science and science policy, start talking to the experts and stop making irresponsible statements.

As governor, though, he was savvy enough to see the economic and jobs potential of renewable energy, garnering a reputation as a pragmatist. The Texas wind industry, much of it under Perry’s governorship, has provided $33 billion in capital investment to the state and supports more than 24,000 jobs and 38 manufacturing facilities, all while generating an incredible 18,531 megawatts of clean, renewable electricity.

How much credit Gov. Perry deserves is debatable, but his record should provide clean energy advocates some cautious optimism. One can work with a pragmatist; it’s the ideologues you have to watch out for.

What the Department of Energy Does

Most of DOE’s focus is nuclear weapons-related. The agency includes the National Nuclear Security Administration, with the vast majority of the agency’s budget allocated to maintaining our nuclear arsenal and managing the cleanup of radioactive waste, much of it from the legacy of the Cold War.

DOE also does a lot of basic science research. DOE manages our 17 national labs, which employ roughly 110,000 people, are supported by Republicans and Democrats, and have helped the U.S. remain at the forefront of science and technology innovation since WWII. 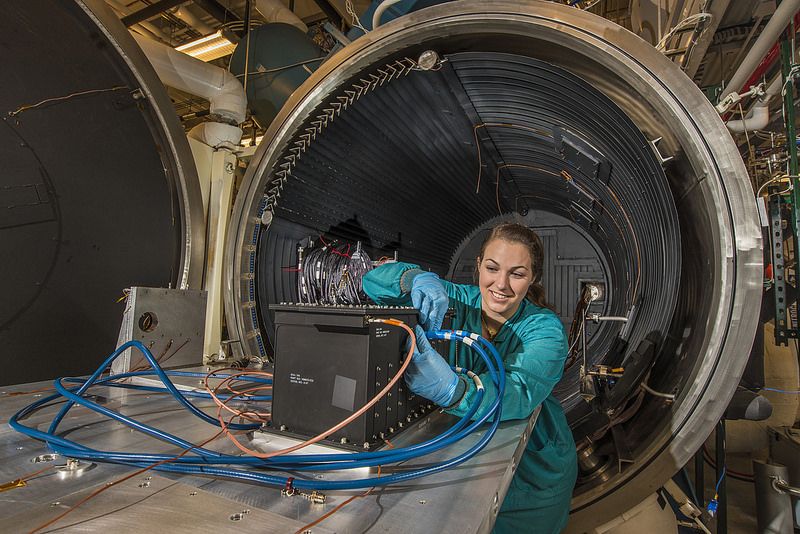 The national labs continue to produce breakthroughs that aid our national security and economic competitiveness, as well as increasing our understanding of everything from automotive engineering, to environmental health, to computer science, to the origins of our universe.

Only about 15-20 percent of DOE’s budget is actually spent on what most people think of as “energy” initiatives and within that small capacity DOE does some very important work:

Unless President-elect Trump dramatically reorganizes the agency, the vast majority of DOE’s day-to-day work will not change—but the agency’s budget probably will.

DOE will no doubt continue to be fully funded to carry out its national security responsibilities. But with the new congress focused on shrinking the size of government and reducing non-discretionary, non-defense spending, DOE’s “energy” work could be targeted for big cuts. That would be a big mistake.

It remains to be seen how President-elect Trump will run the executive branch. Will he micromanage or will he stand back and let his cabinet secretaries run their agencies? If Trump’s business history is any indication, there’s a good chance he’ll micromanage, and that’s bad news for DOE’s climate and clean energy initiatives.

We’ve already seen ominous communications from the transition team in an attempt to root out specific employees and climate-related work the agency is pursuing, with Trump later disavowing the communication.

The transition team has also signaled it believes that the EIA is lowballing oil and gas development in their projections and underestimating the cost of renewable energy development (even though the problem has historically been data in the other direction, underestimating renewables’ potential and overestimating its costs).

These communications are certainly cause for concern as they indicate a potential interest in undermining scientific integrity, independent analysis, and intimidating government employees of the agency. Any good DOE secretary will want to protect good science and good people under his/her leadership.

The majority of DOE’s activities likely won’t change much, given the agency’s primary focus on nuclear weapons and waste. But when it comes to energy activities, there’s reason to expect a pretty big change of direction, with more of a focus on fossil fuel development, and a lot less on clean air and climate change mitigation.

Rick Perry’s DOE is likely to be a big cheerleader for interim storage and spent nuclear fuel management as an economic opportunity for communities. The agency is also likely to delegate to the states more under his leadership and be less prescriptive in pushing specific types of energy technologies.

Despite this, a Perry-run DOE shouldn’t be hostile towards clean energy. This is supposed to be a pro-business administration, and when Perry was governor of Texas, he saw that clean energy is good business. That’s why he backed the “Competitive Renewable Energy Zone” Initiative, which included large transmission to bring mostly rural wind energy to markets in other parts of the state. It’s also why he directed state funds to wind energy R&D and signed into law an increase in Texas’ Renewable Portfolio Standard. 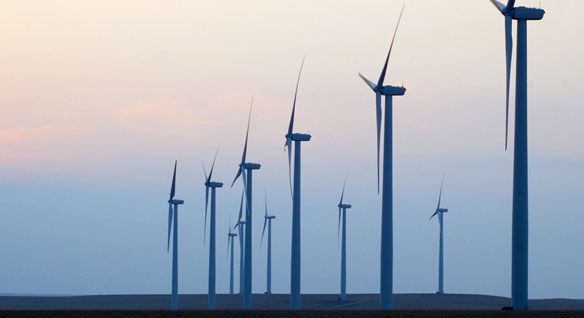 Wind turbines on the Texas Gulf coast. Texas is the national leader in wind power.

But deservedly there is some skepticism about how much should be made of the governor’s record on clean energy. According to some, it’s more accurate to say that Governor Perry didn’t stand in the way of wind development, rather than crediting him as a champion for clean energy. On the fossil side Perry supported subsidies and exemptions for natural gas development, and fast-tracked the permitting of 11 conventional coal plants that would have been disastrous for the climate and to ratepayers.

When it comes to energy development Perry has generally shown very little concern for public health, safety, and the environment. That’s a red flag. But regardless of where you come down on what he’s done, Gov. Perry’s energy legacy in Texas can most accurately be described as “all-of-the-above.” And if anything, he’s seen first-hand that clean energy can be profitable, create jobs, and increases energy security—something that so far seems to have escaped the President-elect.

The real question is will Perry have the liberty to run DOE on his terms? Will he pursue a balanced, pragmatic approach like he did as governor? And even if he’s so inclined, will the budget congress hands him allow him to continue the critical work currently underway at the agency on things like energy efficiency, grid modernization and clean energy finance and innovation?

For the sake of American jobs, American energy security, American leadership, and the climate, the answers better be “yes.”

Rob Cowin is director of government affairs for the Union of Concerned Scientist’s Climate & Energy Program, which advocates for clean energy, solutions to global warming and safer nuclear power plants.