Richard Branson Vowed to Rebuild the Caribbean After Hurricanes Destroyed It 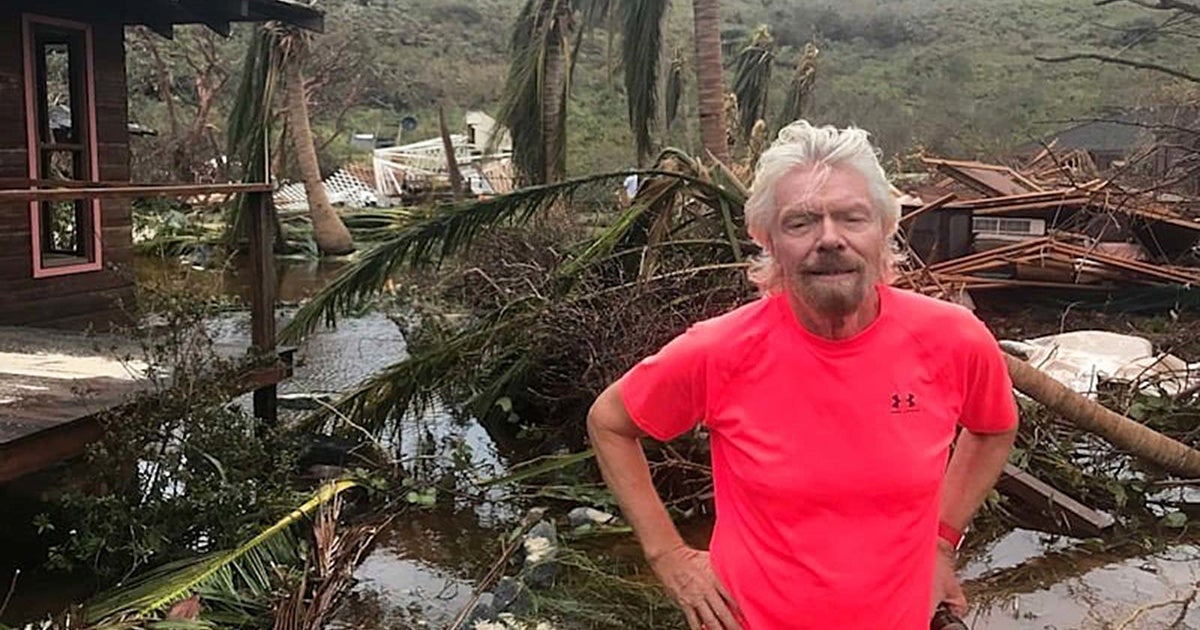 After surviving two Category 5 hurricanes this fall, the Caribbean resembled something of a war zone, according to Virgin Group founder Richard Branson.

And so what the island nations of the region need now is a post-war plan for redevelopment—a plan he’s calling the “Disaster Recovery Marshall Plan,” named after the Marshall Plan that helped rebuild Europe after World War II.

The plan will be focused on bringing a “green energy revolution” to the region, Branson told Reuters.

The Caribbean spans 2.8 million square miles and is home to 37 million people—many of whom live in poverty. While poverty levels on islands like Jamaica, Barbuda, Dominica, and the British and U.S. Virgin Islands vary widely, the region as a whole has struggled to build strong economies, according to the Caribbean Development Bank.

The billionaire inventor and businessman, who owns a private island in the Caribbean where he rode out Hurricane Irma with his staff, is working with global leaders including the International Monetary Fund to help rebuild the islands, according to the report.

Branson is insisting that the islands rebuild their energy grid on sustainable, renewable sources rather than fossil fuels.

“Another storm could strike within the coming weeks,” Branson told a meeting of leaders in Washington earlier this month. “The Caribbean must seize the opportunity and take the leap from 20th-century technology to 21st-century innovation.”

The Washington meeting was hosted by the Global Facility for Disaster Reduction and Recovery and the U.N. Office for Disaster Risk Reduction, according to the Digital Journal.

Branson is the owner of a wind energy company that already operates in the Caribbean, according to the UN-backed website Climate Action, which noted that solar and wind energy is cheaper and easier for island nations to obtain than importing fossil fuels.

At the meeting in Washington, Branson said the destruction on his own Necker Island and neighboring islands was like that of a nuclear blast, according to Digital Journal.

Now, the inventor and CEO hopes to forge an international fund for the island nations by working with government and business leaders. Branson already met with the head of the IMF, Christine Lagarde, and together the pair are working on debt relief options for the islands, according to the Journal.

The Marshall Plan was a $13 billion plan—or about $132 billion in modern-day money—created by the U.S> to help rebuild Western European countries, the Digital Journal reported.

“We want to move the Caribbean countries into clean energy and make them more sustainable, which will make dealing with hurricanes much easier,” he said. “The Caribbean Heads of State agree with one voice that this is a good idea.”

Global Citizen campaigns on the United Nations Global Goals, including bringing sustainable energy to countries around the world. You can take action here.