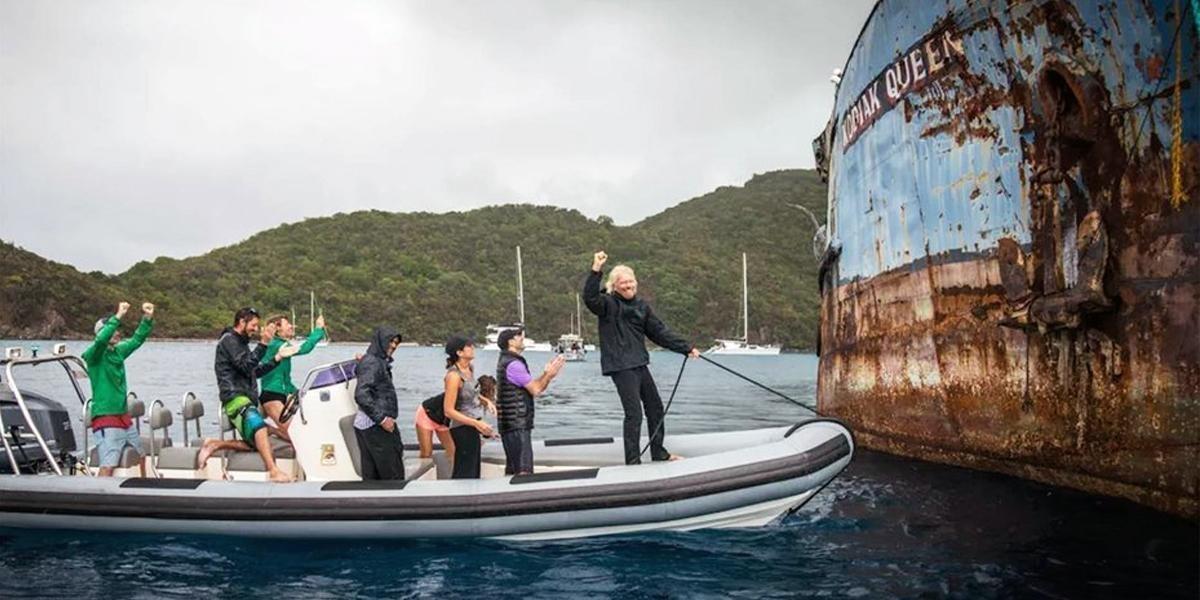 The Kodiak Queen had a long, storied life. One of five vessels to survive the Dec. 7, 1941, attack on Pearl Harbor, the ship later traveled up north to serve as an Alaska king crab vessel and salmon tender.

She was one of the largest crab vessels at the time, plus one of the only converted WWII ships to have changed careers to seafood. She spent years in commercial fishing, and a significant part of her life submerged partially underwater due to disuse.

At the turn of the 21st century, it seemed like the Kodiak Queen had lived out her best years and had no future, at least above the waves.

But then Project YOKO B.V.I. Art Reef came along. The multisyllabic project wanted to save coral reefs and give an honorific burial to a ship that had served her country time and time again.

And so the Kodiak Queen was given a new mission. Watch here:

The project is a collaboration between Sir Richard Branson, the artist collective Secret Samurai Productions, the social justice group Maverick1000, the ocean nonprofit Beneath the Waves and the British Virgin Islands nonprofit Unite BVI, the New York Times reported. In other words, there are a lot of hands on deck.

The project began when historian Mike Cochran found the ship rusting in a junkyard and created a website to try to save the Kodiak Queen. The site soon caught the eye of none other than Richard Branson, the famed British philanthropist, who approved a proposal to convert the ship into an artificial reef.

But it’s not just the Kodiak Queen that sunk back beneath the waves. Secret Samurai Productions spent several months cleaning up the ship and designing a monstrous sea-monster kraken with 80-foot-long tentacles and a frame of pure steel.

And so the final product that sunk to the bottom of the sea comprised a noble ship past her glory days and a conservation-minded artificial reef shaped like a giant octopus. 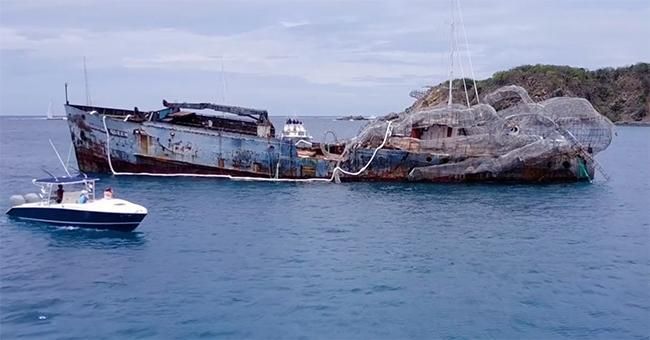 In the months following the Kodiak Queen’s sinking, scientists are monitoring the fish populations that have chosen the ship and its resultant reef as their new home.

They’re particularly excited by the prospect of making a home for the goliath grouper, a titanic fish that’s been disappearing from the water of the British Virgin Islands.

Recreational divers will soon be able to dive by the wreck and see the kraken up-close, as well as a healthy community of fish and corals.