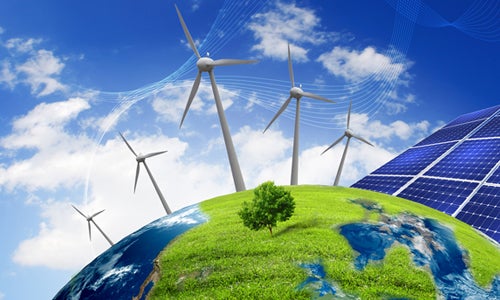 The world’s three biggest carbon emitters—the U.S., China, and the European Union—have all announced emissions goals or limits in the past few months. That’s great news, but global fossil fuel demand continues to rise, and with it, so do climate change’s risks—to the economy, to the environment, to security, to human health and to people living in poverty in areas where climate change will have a devastating impact. The most recent IPCC report (AR5) found that “warming of the climate system is unequivocal,” “human influence on the climate system is clear,” and “limiting climate change will require substantial and sustained reductions in greenhouse gas emissions.” 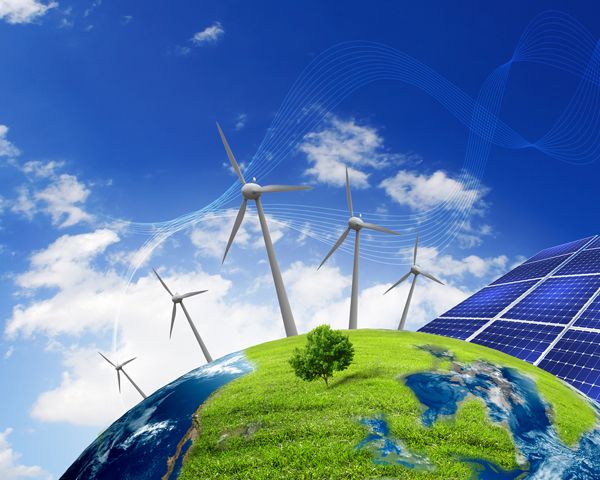 The 2014 report Risky Business: The Economic Risks of Climate Change in the United States detailed the serious economic harm we can expect from climate change if we continue on our current path. But the challenge before us is about more than averting the worst economic impacts of climate change. As highlighted in the recently released Better Growth, Better Climate report from The New Climate Economy, it’s also about finding enormous economic opportunity in clean energy solutions that both tackle global warming and unlock growth opportunities for all.

The transformation to a low-carbon future is arguably the greatest business opportunity of our time. Combating climate change through energy efficiency, renewable energy technologies, clean transportation, and smarter land use can reap great rewards both economically and environmentally.

Fortunately, an energy revolution is rising all around us—enabled by smart policies in mindful markets, and led by business for profit. Efficient energy use fuels more economic activity than oil, at far lower cost, while its potential gets ever bigger and cheaper. In each of the past three years, the world invested a quarter-trillion dollars—more than the market cap of the world’s coal industry—to add over 80 billion watts of renewable capacity (excluding big hydro dams). Generating capacity added last year was 37 percent renewable in the U.S., 68 percent in China, 72 percent in Europe and 53 percent in the world. Last year, the world invested over $600 billion in efficiency, renewables, and cogeneration.

This growth is accelerating: solar power is scaling faster than cellphones. Last year alone, China added more solar capacity than the U.S. has added in 60 years. Electric vehicle sales are growing twice as fast as hybrid cars did at a comparable stage. Shrewd companies are realizing climate solutions’ enormous business opportunities—a prospect scarcely dimmed by cheaper oil, which makes only a few percent of the world’s electricity.

Global companies like IKEA, Google, Apple, Facebook, Salesforce and Walmart have committed to 100 percent renewable power. Tesla’s stock is up an astounding 660 percent over the past two years and has half the market value of General Motors Corp. The NEX index, which tracks clean energy companies worldwide, grew by 50 percent over the past two years—far outperforming the general market—while equity raisings by quoted clean energy companies more than doubled. Many of the world’s top financial firms concur that the era of coal and of big power plants is drawing to a close; Germany’s biggest utility is divesting those assets to focus on efficiency and renewables.

Yet we need to create even bigger and faster change. Which is why we are delighted to announce that our two nonprofit organizations—Rocky Mountain Institute and the Carbon War Room—are joining forces. By uniting two of the world’s preeminent nonprofit practitioners of market-based energy and climate solutions, we will help turn the toughest long-term energy challenges into vast opportunities for entrepreneurs to create wealth and public benefit for all.

United we stand to make a greater impact more quickly. Indeed, we already are. Our first combined program, the Ten Island Challenge, is making progress in six Caribbean countries. Caribbean economies suffer from some of the world’s highest electricity prices—perpetuating poverty, swelling national debts, and blocking sustainable development. They are also on the front lines of climate change, facing earlier impacts from sea-level rise, rising temperatures, and extreme weather events. Our alliance is laying the groundwork to transform these islands’ energy systems from dependence on costly imported diesel oil to cleaner, cost-effective efficiency and local renewables. This will cut electricity costs, boost private investment, and enhance and diversify local jobs. We are demonstrating that entire economies can adopt low-carbon solutions while strengthening their economies.

And islands are just the beginning as we build on our organizations’ initiatives already underway and on our new joint efforts to go further, faster together. In trucking, the learnings of our North American initiative will seed a new China program—strengthening an exciting collaboration with the Chinese government’s energy analysts that’s already showing the maximum share of efficiency and renewables that could support the forecasted economic growth of what will soon become the world’s largest economy. In cement, we will join forces to offset the energy surge from construction in the world’s fastest-growing economies. And we will combine our work on cracking the biggest nut of all: energy efficiency in buildings. Since they use nearly three-fourths of U.S. electricity, that’s the key to making electricity supply affordable, distributed, diverse, resilient, and largely renewable.

Switching to a fossil-fuel-free energy system will not only cost less, but will help re-ignite the world’s economies. In the U.S. alone, Rocky Mountain Institute’s Reinventing Fire analysis found that a 158-percent bigger economy could need no coal and oil and one-third less natural gas, yet cost $5 trillion less than business as usual. We are closer than ever before to transforming the world to a low-carbon energy system. Rocky Mountain Institute and the Carbon War Room are excited to coordinate their proven approaches to scaling transformational change worldwide. Together, we will more than double our impact on the scale and speed of the energy transformation to a clean, prosperous, secure and low-carbon world.

We will reach this better world only if we all collaborate. None of us can do this on our own.  That’s why we are thrilled to be joining forces, and hope that others will be inspired to do the same—so we can build this exciting new world of opportunities at the pace our grandchildren require.