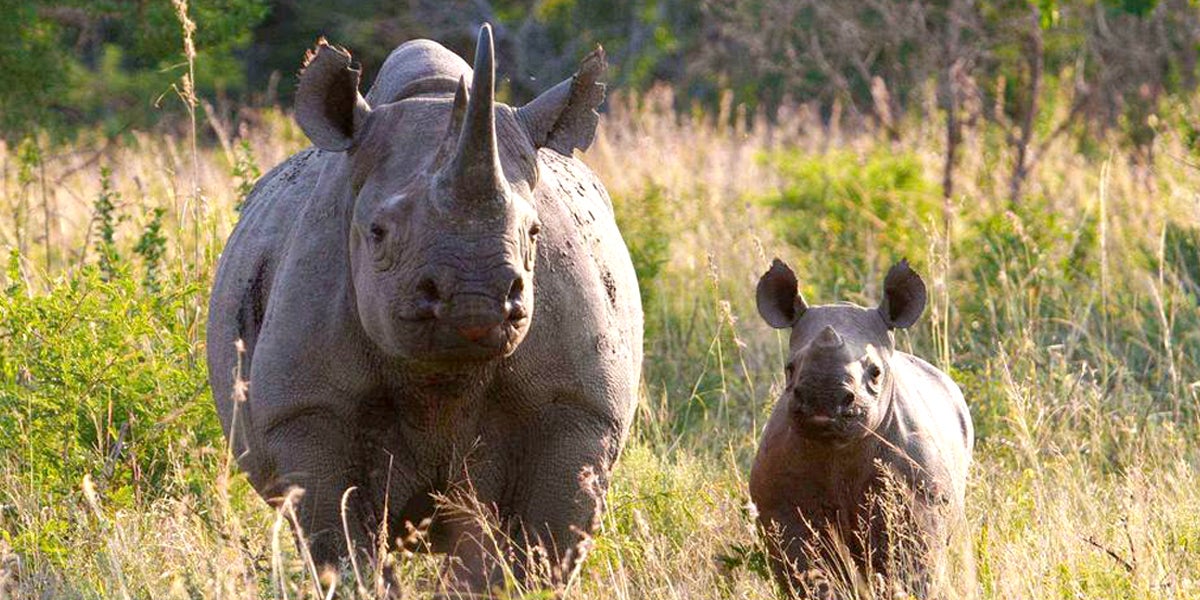 South African rhino poaching numbers for the last year show a decline for the second consecutive year due to concerted conservation efforts. However, there is still a long road ahead as Africa continues to lose an average of three rhinos a day to the ongoing poaching crisis.

In 2016 alone, 1,054 rhinos were reported killed in South Africa. This is a slight decline from 1,175 in 2015 and 1,215 in 2014. The 2016 figures represent a loss in rhinos of approximately 6 percent in South Africa, which is close to the birth rate, meaning the population remains perilously close to the tipping point. 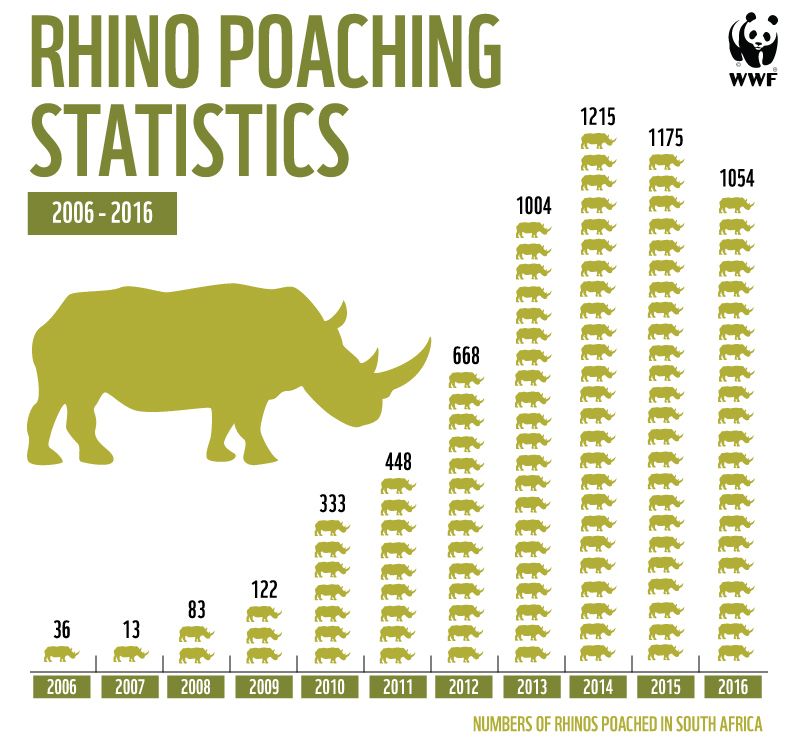 “The continued assault on Africa’s rhinos year after year shows the need to redouble efforts across the rhino horn trade chain,” Ginette Hemley, senior vice president of wildlife conservation at World Wildlife Fund, said. “Two straight years of modest improvement in South Africa indicate that enhanced anti-poaching efforts are having some positive impact. However only when all involved countries take serious action will the rampant killing of rhinos end.”

Criminals kill rhinos for their horns, which are mistakenly believed to cure a variety of ailments from fevers to blood disorders to hangovers.

Other major rhino range states in Africa have reported declines, with 61 rhinos reported killed in Namibia, down from 91 in 2015. South Africa, Namibia and Zimbabwe are home to nearly 95 percent of all remaining African rhinos.

South Africa’s Kruger National Park, home to the world’s largest white rhino population, successfully achieved a decline in the number of poached rhinos last year, despite an increase in the number of reported illegal entries into the 4.8 million acre park.

These latest figures highlight the impacts of poaching sweeping across South Africa as criminal syndicates shift their focus in response to law enforcement actions. Key populations in the South African province KwaZulu-Natal bore the brunt of the poaching, with 161 rhinos killed in 2016—an increase of 38 percent from the previous year.

“Governments and law enforcement officials must do more to reverse the low-risk, high-reward nature of rhino horn trade and other wildlife crime,” Hemley continued. “Stronger enforcement and tougher penalties for offenders at every level, including poachers, buyers and transnational trafficking syndicates, is required to disrupt this devastating black market trade.

“Vietnam in particular must step up and do its part to stem the unchecked flow of rhino horn into its markets. If it fails to do so, the international community must follow through on its commitment to hold the country accountable through wildlife trade sanctions.”

We Need to Act Now

Wildlife crime is the most immediate threat to wild rhinos, elephants and tigers. Demand for rhino horns—along with elephant ivory and tiger products—runs rampant in parts of the world, particularly in Asia.

The World Wildlife Fund works to stop rhino poaching and emphasizes the need for not just law enforcement response, but also involvement of local communities around protected areas.

Together, we need to commit to long-term demand reduction efforts to protect rhinos.