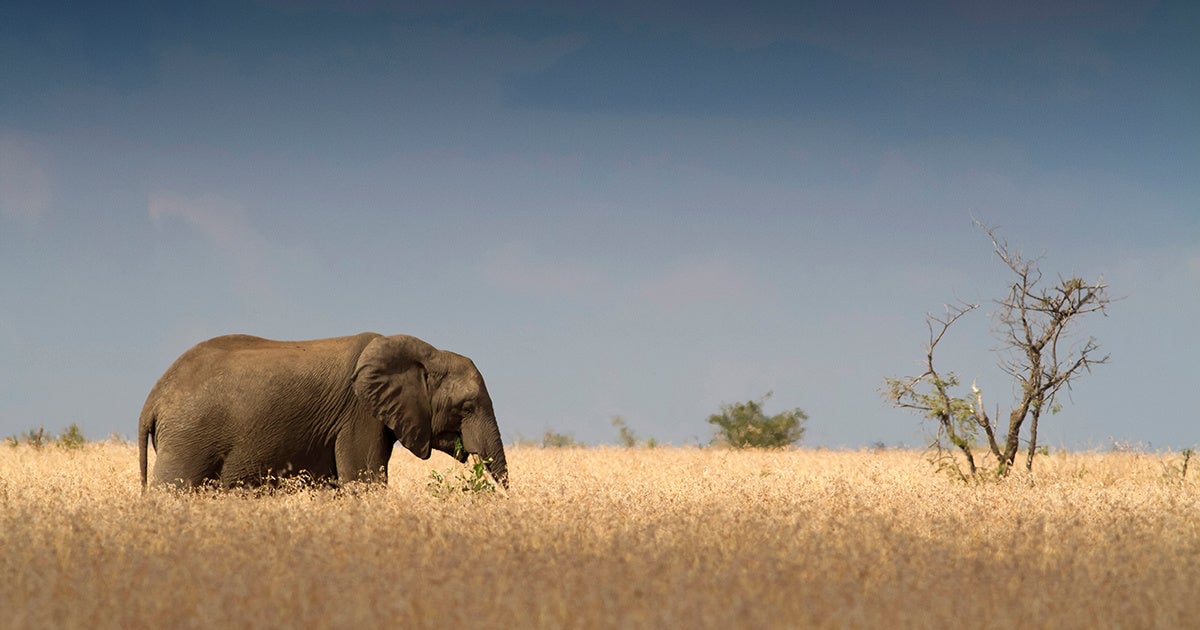 The poaching of rhinos has emerged as a major problem in South Africa in recent years. Kruger National Park (KNP), which is home to the world’s highest concentration of rhinos, is often a target. In 2015, more than 70 percent of the rhinos poached in the country were poached from the park, The Guardian reported.

“Entering Kruger National Park illegally and on foot is not wise, it holds many dangers and this incident is evidence of that,” KNP Managing Executive Glenn Phillips said in a statement. “It is very sad to see the daughters of the deceased mourning the loss of their father, and worse still, only being able to recover very little of his remains.”

According to contrasting official reports in South Africa’s Times Live, the man entered the park with a group of fellow poachers either April 1 or 2. Once the men were in the park, “suddenly an elephant attacked and killed one of them,” Police Brigadier Leonard Hlathi told Times Live.

His accomplices brought his body to a roadside before leaving the park, then told one of his family members. KNP GM of Communications and Marketing Isaac Phaahla explained what happened next:

“The family then called Skukuza regional ranger Don English who, after assuring the family that he would do everything possible to recover the remains and bring them closure, arranged a search party.

“Rangers on foot, accompanied by members of the KNP Airwing flew over the area that was described by the family but due to failing light, could not locate the body.

“The team resumed the search on Thursday morning, with further information provided after four of the deceased’s alleged accomplices, who had been arrested during the previous evening by the Komatipoort SAPS.

“During this search, which was boosted with a further complement of field rangers, the remains of a body were discovered.

“Indications found at the scene suggested that a pride of lions had devoured the remains leaving only a human skull and a pair of pants.”

Three of the man’s accomplices were taken into custody and appeared in court April 5. They were charged with possessing arms and munitions without a license, conspiracy to poach and trespassing, and are being held until April 12.

African rhinos are poached because their horns are believed by some practitioners of Eastern medicine to be an aphrodisiac, CNN explained. In some parts of the world, rhino horn is more valuable than cocaine. Black rhinos in particular are considered critically endangered. From 1970 to 1995, their numbers fell from 65,000 to 2,400. That number has climbed somewhat in the last 20 or so years to 5,000, most of which live in South Africa, Namibia, Kenya and Zimbabwe.

Poaching isn’t only a problem at Kruger. In a 2018 interview with Deutsche Welle, Johnson Maoka, a manager at South Africa’s Pilanesberg National Park, said poachers entered every few days to try and kill rhinos. However, he said many of the people who actually entered the park were preyed upon themselves by poaching syndicates, who target struggling or unemployed people and offer them 10,000 to 20,000 South African rand (approximately 0 to ,400) to kill rhinos.

“You need to provide the poacher, the guy walking into the reserve with a gun, with an alternative source of income in order to minimize poaching,” Maoka said.