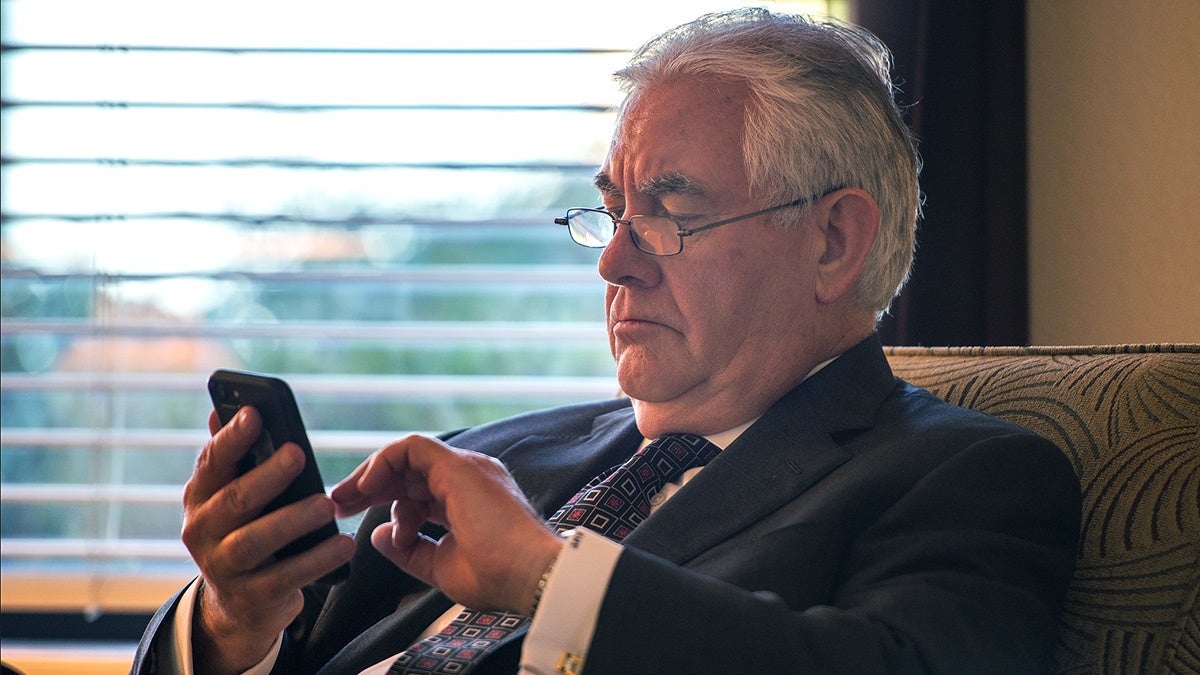 The case New York State has brought against ExxonMobil for defrauding investors about the the true cost of the climate crisis is in its second week and is seeing a star witness take the stand Wednesday.

Rex Tillerson, the company’s former CEO and Trump‘s first secretary of state, will testify about his role in pricing the value of Exxon’s assets as governments around the world ramp up regulations to combat the global climate crisis, according to The New York Times.

Tillerson was Exxon‘s CEO from 2006 until he left the post to join Trump’s cabinet in 2017. During his tenure as CEO, Exxon communicated to investors that it had created a robust system of “proxy costs” to assess the future impact of climate crisis regulations, valuing it at per ton of carbon emissions. However, that was fraud, alleges the State of New York, since Exxon used internal figures as low as per ton of carbon, and sometimes used no figures at all, according to Reuters.

New York says the difference in numbers cost investors to overvalue the company’s stock by 6 million to .6 billion, as EcoWatch reported when the trial began last week.

The fuzzy math “exposed the company to greater risk from climate change regulation than investors were led to believe,” according to the lawsuit, and it occurred under Tillerson’s watch. The case leans heavily on Tillerson’s public comments, including a remark from a 2016 shareholder meeting in which he claimed that the company accounted for climate crisis regulation. “We have accommodated that uncertainty in the future and everything gets tested against it,” said Tillerson at the shareholder meeting, as The New York Times reported. “[That cost] gets put into all our economic models when we make investment decisions as well.”

Exxon said the case is false and politically motivated. Theodore Wells, a lawyer for the company, explained the price differential in his opening statement. He said that the per ton proxy cost reflected a macroeconomic, global assessment of the cost, while the lower figures were assigned to particular capital projects. He added that Exxon never said the two numbers were the same to investors, according to Reuters.

Well said in his opening statement that Tillerson “put in place a robust system to manage the risk of increasing climate change regulations,” The New York Times reported.

One of the stranger parts of Tillerson’s testimony is likely to focus on an on-line pseudonym that Tillerson used, Wayne Tracker. Tillerson had a separate email account at Exxon issued to Wayne Tracker (Wayne is his middle name). Even though New York State issued a subpoena for all of the emails in the Wayne Tracker account, which Tillerson did use for company business, Exxon destroyed all of the Tracker emails prior to mid-August 2015 — almost a decade’s worth of emails, according to The New York Times.

Wells claimed destroying the emails was just part of how the company’s system was configured and that not only would any information in them be insignificant, but it would also be through the recipients’ accounts.

“It’s hard to understand how Tillerson’s emails could not be highly relevant here,” said Stephen Gillers, a professor at the New York University School of Law, to The New York Times. “He spent a decade as CEO and chairman. To the extent that some emails are not available from his account or the accounts of others, the court loses information and information is the cornerstone of accurate verdicts.”