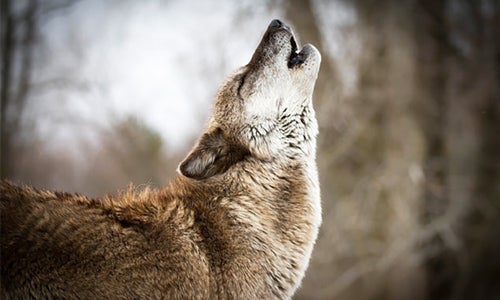 By Paula Mackay and John Davis

Rocky Wilson and his wife had settled into camp for the evening when they caught sight of a bear emerging from the brush. It was late September 1968 and the Wilsons were hunting in Fisher Basin, one of their favorite places in Washington State’s North Cascades mountains.

Avid outdoors people, they were no doubt accustomed to seeing black bears in the surrounding alpine meadows, where huckleberries glowed like beacons signaling the winter to come. But this bear was much bigger than the average black bear—almost seven feet long from nose to tail.

Rocky raised his rifle and a shot echoed through the basin. Did he really think he was shooting at a black bear or were the bear’s three-inch claws enough to register “grizzly” in the waning light? Either way, he couldn’t have known that the pull of his trigger would end a century-long assault on the region’s most formidable predator, whose ancestors had come across the Bering Land Bridge from Asia some 50,000 years before. By the time the Wilsons crawled into their tent that night, grizzlies were gone from one of their last remaining refuges in the Lower 48. Only days later, President Lyndon Johnson transformed that territory into North Cascades National Park with a stroke of his pen. Hunting would never again be allowed in Fisher Basin.

Standing atop one of the scores of high peaks in North Cascades National Park, one feels lost in a world of jagged spires, hanging valleys, wild rivers and unbroken forests. These are the secret haunts of animals we hardly ever see but whose existence is the very essence of wildness—Canada lynx, cougars, wolves, wolverines—rare and elusive carnivores that have been eliminated from most of the U.S., but that can still find a home in the North Cascades.

Without the protection of the national parks and surrounding public lands, such creatures probably wouldn’t survive here, either. This mostly unspoiled wilderness is within easy reach of the more than 3.5 million people living in the greater Seattle area, who can, theoretically, eat breakfast at their neighborhood diner and arrive at the trailhead before lunch. Fortunately for the wildlife, most don’t. The trails are too darn steep.

Until recently, wolves and wolverines, like the grizzlies, were but ghosts of a wilder past—decimated by hunters, trappers and predator control programs in the nineteenth and twentieth centuries. But by the 2000s , a complex combination of social and ecological factors had permitted individual animals from Canada to recolonize some of their former habitats. Today, at least 90 wolves and perhaps two-dozen or more wolverines once again wander Washington’s NCE and both populations continue to expand their range. Even grizzly bears, which persist here in very small numbers, if at all, are now the focus of a long-awaited recovery effort. In 2014, North Cascades National Park and the U.S. Fish and Wildlife Service initiated a three-year process to explore options for restoring grizzlies to the region. With any luck, grizzlies will reclaim their rightful home in the park—and beyond.

Therein lies the challenge. Although America’s national parks include some of the wildest places on Earth, no park in the U.S. (with the possible exception of Alaska’s biggest parks) is large enough to support the full range of native biological diversity over the long-term. In order to accommodate wide-ranging animals like grizzly bears and wolves, our parks must be connected to other protected areas via wildlife corridors and their boundaries should be expanded wherever possible.

This task becomes all the more urgent given growing pressures on wildlife, including the range shifts many species will experience in response to climate change.

The creation of new parks and increased connectivity between parks, is essential, but the restoration of carnivores and other key wildlife—like salmon, bison, beavers, elk and prairie dogs—is also vital to the health of our landscapes. These animals have vanished from some ecosystems due to human activities and human intervention may be required to bring them back. Such rewilding efforts have been successfully undertaken in several parks to date. Future opportunities abound.

Imagine: Longleaf Pine National Park, comprised in part of existing National Forests in northern Florida and southern Alabama. This new park, if established, could be home to reintroduced red wolves and cougars. These apex carnivores, largely lost from the region, would help to address overgrazing by deer and also to control destructive feral hog populations. Certain reptiles, such as gopher tortoises, eastern indigo snakes and eastern diamondback rattlesnakes, will also need our help to reestablish self-sustaining populations.

Now envision expanding Great Smoky Mountains National Park by upgrading nearby national forest lands in North Carolina and Tennessee to national park status, thereby protecting them from logging. Reintroduced cougars and red wolves would hold in check the previously reintroduced population of elk and unnaturally abundant white-tailed deer—sparing the many wildflowers, salamanders and other small creatures that do best in older, structurally complex forests where herbivore and predator populations are well-balanced. 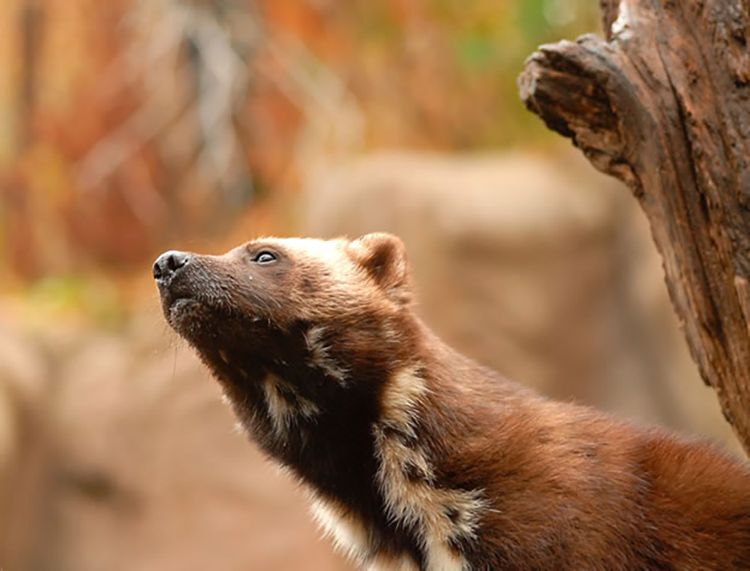 Moving west to the “Spine of the Continent,” imagine reintroducing gray wolves and wolverines to Rocky Mountain National Park in Colorado, where elk are decimating vegetation. Rewilding southern Utah’s parks with wolves would work wonders for those ecosystems, too. And in Grand Canyon National Park, let’s restore the Mexican wolf, American badger and fish like humpback chubs and razorback suckers—both nearly eliminated by the Glen Canyon Dam.

This is but a small sample of rewilding possibilities in our park regions, biased toward charismatic carnivores—which can help lead the way for the restoration of many other threatened or at-risk species.

As past experience shows, rewilding national parks can bring both triumphs and challenges. The most famous rewilding story in the world is the reintroduction of gray wolves to Yellowstone National Park in the 1990s. Their return brought back an iconic symbol of wildness and helped reestablish riparian areas previously degraded by over-browsing elk. Riparian habitat, in turn, beckoned beavers, butterflies, songbirds, trout and other members of the biotic community that had disappeared or declined due to predator eradication, in a process scientists describe as “trophic cascades.”

But wolf recovery in Yellowstone and elsewhere has also encountered bitter opposition, with the most significant resistance emerging from a vocal minority of ranchers and hunters who ideologically oppose this much-demonized predator. There is, however, overwhelming evidence that the occasional economic losses precipitated by wolf predation on livestock are far outweighed by their ecological benefits and boosts to the tourist economy.

One important lesson from Yellowstone’s wolf reintroduction is that government agencies must work with local people to nurture support for carnivores well in advance of recovery efforts and must also establish compensation programs for ranchers who may suffer losses from wolf predation.

It’s heartening to see that the National Park Service is looking ahead and working to realize the full potential of our parks through its “Scaling Up” program, which aims to advance conservation on a vast landscape scale. This initiative is rooted in the understanding that connectivity brings tremendous benefits to park resilience and wildlife migrations alike and includes a plan to protect continuous wildlife corridors in the country’s five geographic regions—the Northeast, Southwest, West, Southeast and Midwest.

But given that we are in the midst of the Earth’s sixth mass extinction, time is of the essence. Although Scaling Up is a major step in the right direction, this initiative will take time to implement nationwide. Some species can’t afford to wait that long for our help. That is why President Obama—who has employed the Antiquities Act several times to create national monuments and bypass the politically challenging process of establishing new national parks—should proclaim more monuments before he leaves office. The president should also officially anoint, for the first time, a wildlife corridor across multiple public lands: Declaring “The Path of the Pronghorn” a national monument, from Grand Teton National Park south to Upper Green River Valley, would ensure the survival of one the world’s last remaining long-distance land animal migrations.

Rewilding is our chance to restore our relationship with our wild neighbors. National parks, both here in the U.S. and all over the world, are the natural place to begin this crucial work.

Years after Rocky Wilson killed a grizzly bear in the North Cascades, a friend asked him how he would have felt if this had been the last grizzly in the entire country. After giving the question much thought, Rocky responded: “Well, my life will never be the same. These are all things of the past,” presumably referring not only to the bears, but also to his historic hunting forays into what had long since become North Cascades National Park. Thanks to that park and the wildness it embodies, grizzlies aren’t yet a thing of the past. Indeed, the possible return of these magnificent animals offers us wild hope for the future.

Paula MacKay has spent 15 years surveying bears, wolverines, wolves, and other wildlife with her husband, Robert, with whom she co-edited Noninvasive Survey Methods for Carnivores.

John Davis is cofounder of the Wildlands Network.

This piece is one of many from the Summer 2016 issue of Earth Island Journal.