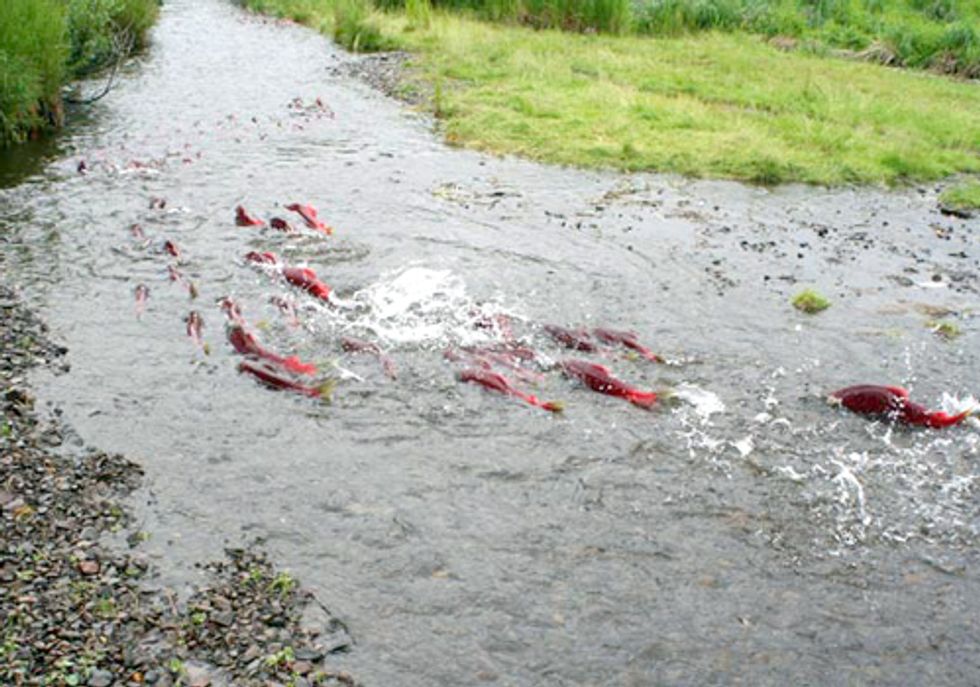 For the first time ever, the nation’s largest group of food retail companies has spoken out on behalf of protecting Alaska’s Bristol Bay fishery—the world’s largest wild sockeye salmon fishery. The Food Marketing Institute (FMI), which represents 26,000 retail food stores, and $680 billion in annual revenue—three-quarters of U.S. retail food store sales—announced its support for the U.S. Environmental Protection Agency (EPA) study currently underway to determine the suitability of large-scale development in Bristol Bay, including the Pebble Mine.

“Since Bristol Bay is one of the world’s largest sustainable salmon fisheries, it plays an important role in the supply chains of a number of our wholesale and retail members,” said Erik Lieberman, regulatory counsel for the Food Marketing Institute in a letter to the EPA.

“We look forward to reading the preliminary report expected to be released in the next few months and hope it will reflect our own belief in the importance of continuing to preserve and responsibly manage this extraordinary natural resource,” the letter further stated.

The watershed assessment, expected in April 2012, was initiated by the EPA in response to requests from the Bristol Bay commercial fishing industry and the Bristol Bay Native Corporation, who oppose the Pebble Project due to the risks to the fishery. They petitioned the EPA to use its authority under Section 404c of the Clean Water Act to restrict the disposal of mine waste into Bristol Bay’s pristine waters, if science shows that it will harm the salmon fishery. The EPA study is expected to provide the scientific basis on which the agency can take further protective action under 404c.

The Bristol Bay salmon fishery is the economic engine for the region, generating $318 to $573 million in annual revenue, and roughly 10,000 jobs.

“Food retail stores have a real stake in the long-term sustainability of the Bristol Bay salmon fishery because it is a vital part of our nation’s food supply. We applaud the Food Marketing Institute and the 1,500 retailers it represents for their support of this unique resource,” said Bonnie Gestring of the conservation organization, Earthworks.

“Bristol Bay is the lifeblood of our industry. Our fishermen are proud of the sustainably harvested wild salmon that we provide to the nation, and we appreciate the Food Marketing Institute’s support for this important scientific assessment,” said Bob Waldrop, director of the Bristol Bay Regional Seafood Development Association (BBRSDA), which represents approximately 2,000 Bristol Bay commercial fishermen.

“Investors representing $170 billion in assets have expressed similar support to the EPA and we are delighted to see an industry association as important as FMI speak up as well," added Jonas Kron, vice president of Trillium Asset Management.

The Pebble Mine is proposed by a 50:50 joint venture between UK-based Anglo American plc (LSE:AAL)(JSE:ANGLO) and Canadian company Northern Dynasty.

A 2010 ecological risk assessment commissioned by The Nature Conservancy studied the impacts of large-scale mining in Bristol Bay watershed, and concluded that the risks to wild salmon populations are “very high.”