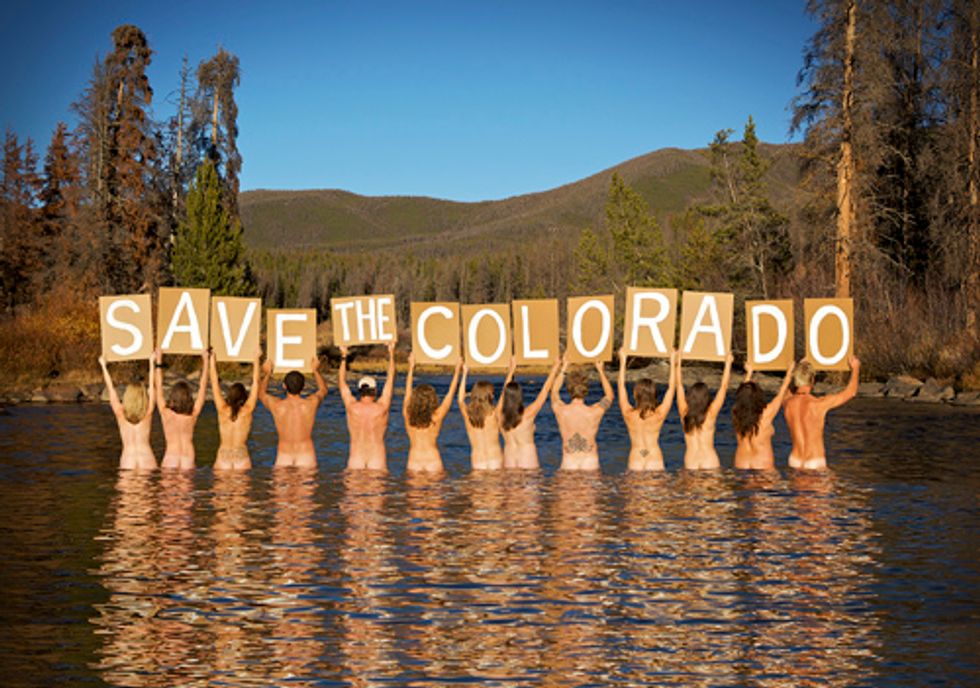 The Change.org online petition to restore water to the Colorado River Delta has hit more than 2,500 signatures and is supported by 25 conservation groups.

For more than a decade the Colorado River has been drained completely dry before it reaches the Gulf of California—5 trillion gallons of water drained out (view an image here) by thirsty cities and farms across the Southwest U.S. and Mexico. The U.S. and Mexico are currently negotiating a Bi-National Agreement through the International Boundary Waters Commission and the Bureau of Reclamation that may restore a small amount of water to the devastated ecosystem. Twenty-five conservation organizations from the top of the Colorado River basin to the bottom are supporting the petition.

"The Colorado River system is the lifeblood of the American Southwest, nourishing some of the richest and most diverse wetlands in the region and providing key habitat for endangered fishes and wildlife," said Erik Molvar, wildlife biologist with Biodiversity Conservation Alliance in Wyoming. "It would be irresponsible to allow this lifeblood to be drained dry."

The Bi-National Agreement could better manage the Colorado River so that water supply reliability can be enhanced for cities, farms and natural ecosystems benefiting both the U.S. and Mexico. If structured properly, the agreement would allow both countries to have better drought supplies while also addressing the devastating drought of water in the Delta ecosystem.

"The Colorado River is critical to San Diego communities, just as it is vital to the plants, birds and other animals in the Delta area," said Gabe Solmer of San Diego Coastkeeper. "We must work together to share and safeguard these precious resources."

The Change.org online action is petitioning U.S. Secretary of State Hillary Clinton who oversees the International Boundary Waters Commission, and U.S. Secretary of Interior Ken Salazar who oversees the U.S. Bureau of Reclamation. The negotiators for the State and Interior Departments are predicting that an agreement may be reached in December of 2011 or January of 2012.