Resistance to Big Oil Heats Up in Florida 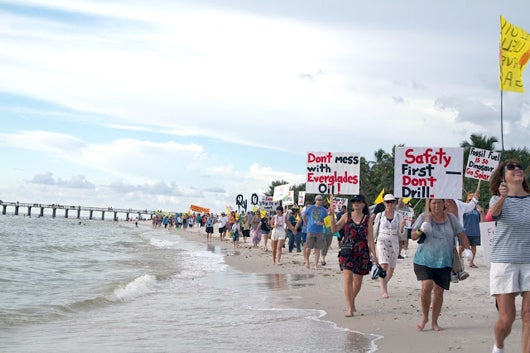 Florida Chapter’s Panther Critical Habitat Campaign is partnering with Preserve our Paradise to stop Big Oil from leaving its dirty footprints all over Golden Gate Estates in Naples, where a Texas-based oil company wants to drill an area just one mile from the Florida Panther National Wildlife Refuge and within 1,000 feet of residences. 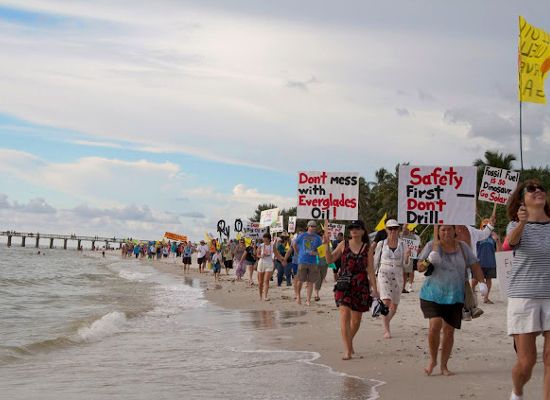 The battle began when the Dan A. Hughes Company leased more than 100,000 acres at the Naples site and submitted a drilling proposal. To placate the public, the state Department of Environmental Protection (DEP) hosted a hearing last month, which ended up being “poorly executed,” according to Alexis Meyer, a Sierra Club organizer.

“No one was able to hear questions or answers, people crowded around tables, officials were unable to answer, and citizens left feeling ignored and frustrated,” she said. 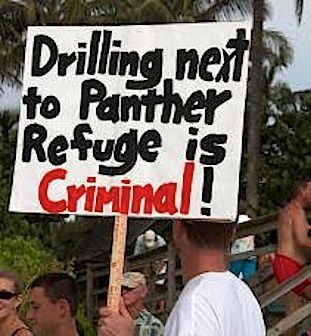 Unsurprisingly, the DEP moved ahead and approved the permit request. Despite the proximity of the proposed oil wells to prime panther habitat, “no biological opinions or environmental assessments have been done for this project,” said Meyer. “Since this project would affect a federally protected endangered species, there is a concern that these companies are not following proper regulations.”

According to the Tampa Bay Times, the oil company’s permit request met DEP’s criteria even though “none of those requirements involves staying away from where people live.” And a specific distance to homes is not mentioned in the rules.

Locals hope federal protections for the panther will give them the leverage they need to fight back since the state agency has done little. The DEP has approved more than 40 oil drilling permits—while denying none—over the past five years. Activists think this will be a wake-up call to spark grassroots action and instill a sense of urgency among locals.

“The oil well is only the tip of the iceberg for southwest Florida,” said Meyer. “Opening up this site to drilling endangers Florida panthers, the watershed, our aquifers and violates environmental justice for local residents. It sets a precedent to open more land for drilling at a time when we should be looking toward clean, sustainable energy alternatives such as wind and solar.”