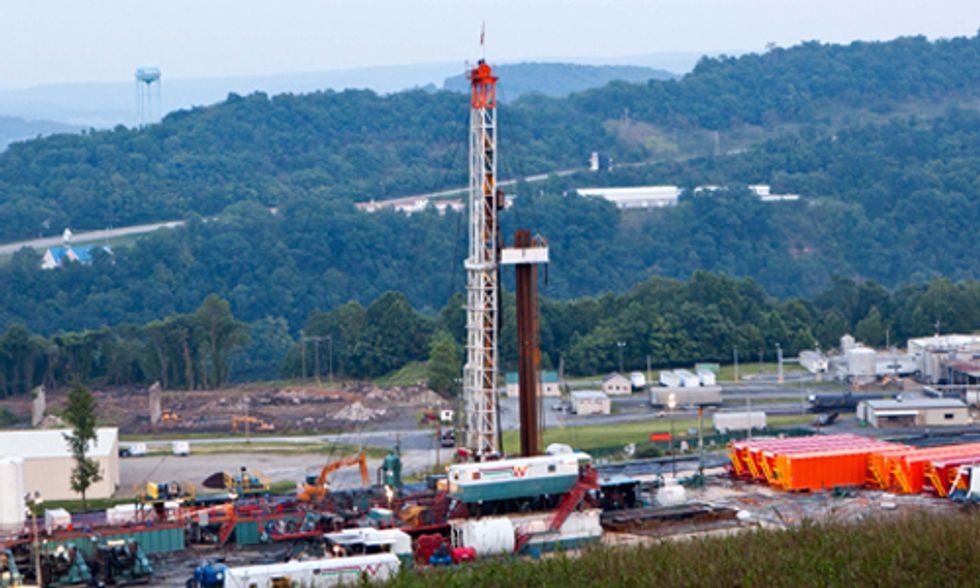 Lafayette, CO residents passed a measure to ban fracking within city limits in November, yet they're still fighting for clean air and water.

A month after elections, the Colorado Oil and Gas Association filed a lawsuit against the City of Lafayette to overturn the newly passed Community Bill of Rights. Now, residents are turning the tables back on the association, as well as the state and Gov. John Hickenlooper in a first-of-its-kind, class-action lawsuit filed Tuesday in Boulder County District Court.

While the suit centers on fracking, it seeks to protect the citizens' right to self-governance under the Community Bill of Rights. The residents allege that the Colorado Oil and Gas Act and the industry’s enforcement of it violate that right to local self-government under the U.S. Constitution.

Residents in Lafayette, CO are fighting to uphold the fracking ban they approved in November under the Community Bill of Rights.

“This class action lawsuit is merely the first of many by people across the United States whose constitutional rights to govern their own communities are routinely violated by state governments working in concert with the corporations that they ostensibly regulate," said Thomas Linzey, Esq., executive director of the Community Environmental Legal Defense Fund, which helped craft Lafayette's Community Bill of Rights.

"The people of Lafayette will not stand idly by as their rights are negotiated away by oil and gas corporations, their state government, and their own municipal government.”

The suit comes after Hickenlooper postponed a special legislative session with energy industry representatives who wanted to get fracking control back from the residents in Lafayette, Longmont and other towns with local control over fracking. Eleven environmental groups have demanded they be allowed in such a meeting if it ever takes place.