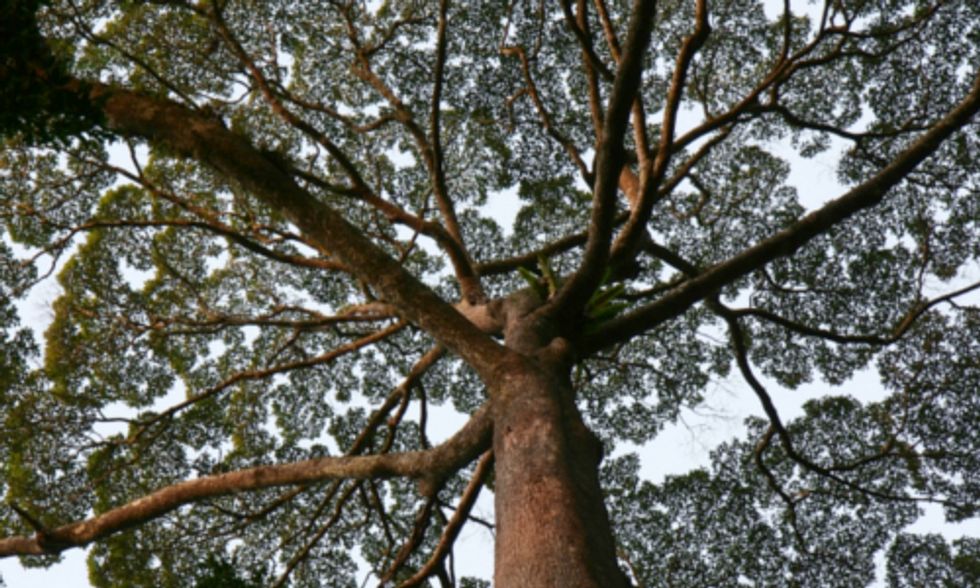 If there was just one place in the world where it would make sense to protect trees, maintain the rainforest and damp down global warming, scientists have confirmed that it would be the island of Borneo.

A new research report published in the Journal of Ecology says that while the Amazon rainforest might be the biggest and most important area of green canopy on the planet, Borneo soaks up, tree for tree, more carbon from the atmosphere.

Lindsay Banin, an ecologist at the UK-based Centre for Ecology and Hydrology (CEU), and colleagues from Malaysia, Brunei, the U.S., Brazil, Taiwan, Peru and Ecuador investigated what is called above-ground wood production—the most visible, tangible indicator of carbon uptake—to see how forests in Amazonia and Indonesia measured up as consumers of atmospheric carbon.

However, it turns out that some tropical forests are more vigorous consumers than others. The Amazon and the Borneo forests have similarities—for example, neither has an annual dry season, and each has a range of soil types. So if there is a difference, it must be in the trees.

The researchers examined data from 17 plots in Amazonia and 11 in Borneo, with a total of 12,000 trees—all of which have been monitored for more than two decades.

They found that the woody growth in north Borneo was almost half as much again (49 percent) as in the north-west Amazon. South-east Asian trees of a given diameter were taller than Amazon trees, which meant they amassed a greater volume of wood. On average, the south-east Asian plots grew 3.2 tons of wood per hectare more than the South American plots.

The research matters because climate scientists still have an uncertain picture of the carbon cycle. Simulations of future temperatures depend on what happens to carbon dioxide emissions, and how vigorously the natural world responds to all that extra potential fertility.

Borneo is home to the largest number of Dipterocarp species on the planet—more than 270 have been identified. They can reach up to 60 meters when fully mature. Photo courtesy of Creative Commons

There has been recent concern that higher temperatures and changes in rainfall pattern could drastically alter the rainforests in the Congo and in the Amazon rainforests.

But there is also evidence that mature forests, with a high population of elderly giant trees, can still soak up surprising quantities of carbon dioxide.

On the debit side, Borneo has been losing its primal forest cover at an alarming rate. More than half of the lowland forests of Kalimantan—the equivalent of an area the size of Belgium—were felled for timber between 1985 and 2001.

If trees in Borneo grow faster than anywhere else in the tropics, then any loss of those trees is likely to accelerate global warming.

The next step in the research is to try to figure out what Borneo has that Amazonia hasn’t.

The difference can be linked to local evolutionary history and the types of trees that flourish in each region.

“In Borneo, dipterocarps—a family of large trees with winged seeds—produce wood more quickly than their neighbours,” said Dr. Banin, lead author of the CEU report. “This means that they have evolved something special and unique—and what this is exactly remains a mystery.

“Dipterocarps are known to make special relationships with fungi in the soil, so they may be able to tap into scarce nutrient resources. Or they may be trading off growth of other plant parts.”

5 of the World's Most Amazing Trees