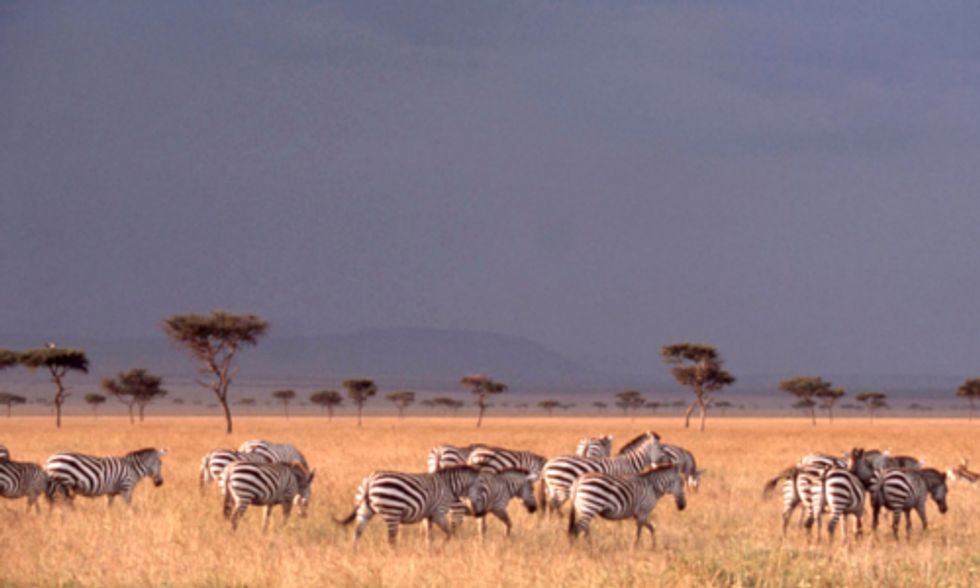 Scientists have just discovered the longest-known terrestrial migration of wildlife in Africa—up to several thousand zebra traveling a distance of more than 300 miles (500 km)—according to World Wildlife Fund (WWF).

Using GPS collars on eight adult zebras, WWF and collaborators, including Elephants Without Borders, tracked two consecutive years of movement by the herds—from the Chobe River in Namibia to Botswana’s Nxai Pan National Park and back, a straight-line distance of 250 km. The findings are detailed in a new study published in the journal Oryx.

Physical barriers such as conservation fences have imperiled migrations of a diverse range of species in other parts of Africa and around the world.

“This unexpected discovery of endurance in an age dominated by humans, where we think we know most everything about the natural world, underscores the importance of continued science and research for conservation” said Dr. Robin Naidoo, senior conservation scientist at WWF.

“At a time when conservation news is inherently rather negative, the discovery of this unknown natural phenomenon should resonate with people around the world,” said Dr. Mike Chase, Elephants Without Border’s founder. “The government’s commitment to secure key migratory corridors serves to underpin the growing wildlife tourism industry. We plan to continue monitoring the migration to try and conserve such increasingly rare natural events.”

Continued long-term research will be needed to confirm that this is an annual and fixed migration, says WWF, as well as whether this is genetically coded or behavior passed from mothers to offspring.

Species Are Going Extinct 1,000 Time Faster Because of Humans