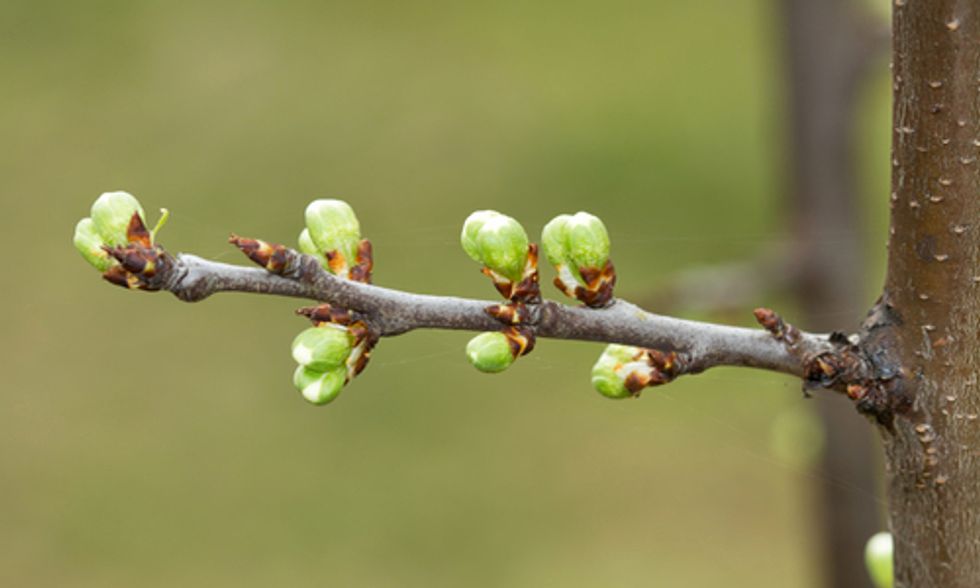 Scientists have confirmed the function of a gene that controls the awakening of trees from winter dormancy, a critical factor in their ability to adjust to environmental changes associated with climate change.

While other researchers have identified genes involved in producing the first green leaves of spring, the discovery of a master regulator in poplar trees (Populus species) could eventually lead to breeding plants that are better adapted for warmer climates.

The results of the study that began more than a decade ago at Oregon State University (OSU) were published yesterday in the Proceedings of the National Academy of Sciences, by scientists from Michigan Technological University and OSU.

“No one has ever isolated a controlling gene for this timing in a wild plant, outside of Arabidopsis, a small flowering plant related to mustard and cabbage,” said Steve Strauss, co-author and distinguished professor of forest biotechnology at OSU. “This is the first time a gene that controls the timing of bud break in trees has been identified.”

The timings of annual cycles—when trees open their leaves, when they produce flowers, when they go dormant—help trees adapt to changes in environmental signals like those associated with climate, but the genetics have to keep up, Strauss said.

While trees possess the genetic diversity to adjust to current conditions, climate models suggest that temperature and precipitation patterns in many parts of the world may expose trees to more stressful conditions in the future. Experts have suggested that some tree species may not be able to cope with these changes fast enough, whether by adaptation or migration. As a result, forest health may decline, trees may disappear from places they are currently found and some species may even go extinct.

“For example, are there going to be healthy and widespread populations of Douglas fir in Oregon in a hundred years?” said Strauss. “That depends on the natural diversity that we have and how much the environment changes. Will there be sufficient genetic diversity around to evolve populations that can cope with a much warmer and likely drier climate? We just don’t know.”

Strauss called the confirmation of the bud-break gene—which scientists named EBB1 for short—a “first step” in developing the ability to engineer adaptability into trees in the future.

“Having this knowledge enables you to engineer changes when they might become urgent,” Strauss said.

Yordan Yordanov and Victor Busov at Michigan Tech worked with Cathleen Ma and Strauss at Oregon State to trace the function of EBB1 in buds and other plant tissues responsible for setting forth the first green shoots of spring. They developed modified trees that overproduced EBB1 genes and emerged from dormancy earlier in the year. They also showed that trees with less EBB1 activity emerged from dormancy later.

“The absence of EBB1 during dormancy allows the tree to progress through the physiological, developmental and adaptive changes leading to dormancy,” said Busov, “while the expression of EBB1 in specific cell layers prior to bud-break enables reactivation of growth in the cells that develop into shoots and leaves, and re-entry into the active growth phase of the tree.”

The study began when Strauss noticed poplar trees emerging earlier than others in an experimental field trial at Oregon State. One April morning, he found that four seedling trees in a 2.5-acre test plot were putting forth leaves at least a week before all the other trees. Strauss and Busov, a former post-doctoral researcher at OSU, led efforts to identify the genes responsible.

They found that EBB1 codes for a protein that helps to restart cell division in a part of the tree known as meristem, which is analogous to stem cells in animals. EBB1 also plays a role in suppressing genes that prepare trees for dormancy in the fall and in other processes such as nutrient cycling and root growth that are critical for survival. Altogether, they found nearly 1,000 other poplar genes whose activity is affected by EBB1.

It’s unlikely that plant breeders will use the finding any time soon, Strauss said. Breeders tend to rely on large clusters of genes that are associated with specific traits such as hardiness, tree shape or flowering. However, as more genes of this kind are identified, the opportunity to breed or engineer trees adapted to extreme conditions will grow.