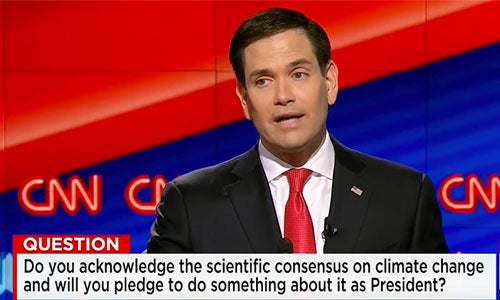 The subject of climate change was finally raised at last night’s GOP primary debate by the Republican mayor of Miami, Tomás Pedro Regalado. Mayor Regaled asked candidates, through the moderator, if they accept the scientific consensus on climate change and if they plan to do anything about it. 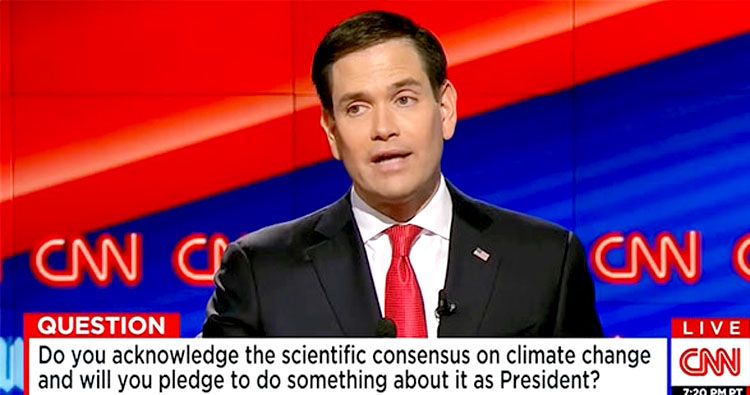 Florida Sen. Marco Rubio said he had “long supported mitigation,” but then indicated that humans were not responsible for the changes. “There’s never been a time when the climate has not changed,” said Rubio. “As far as a law that we can pass in Washington to change the weather, there’s no such thing.”

Ohio Gov. John Kasich took a different tack. “I do believe we contribute to climate change,” said the candidate, generally considered the most moderate of the four remaining contenders. Kasich went on to say that environmental protection and economic development are not mutually exclusive and advocated for the development of renewable energy, “clean coal” and other energy sources.