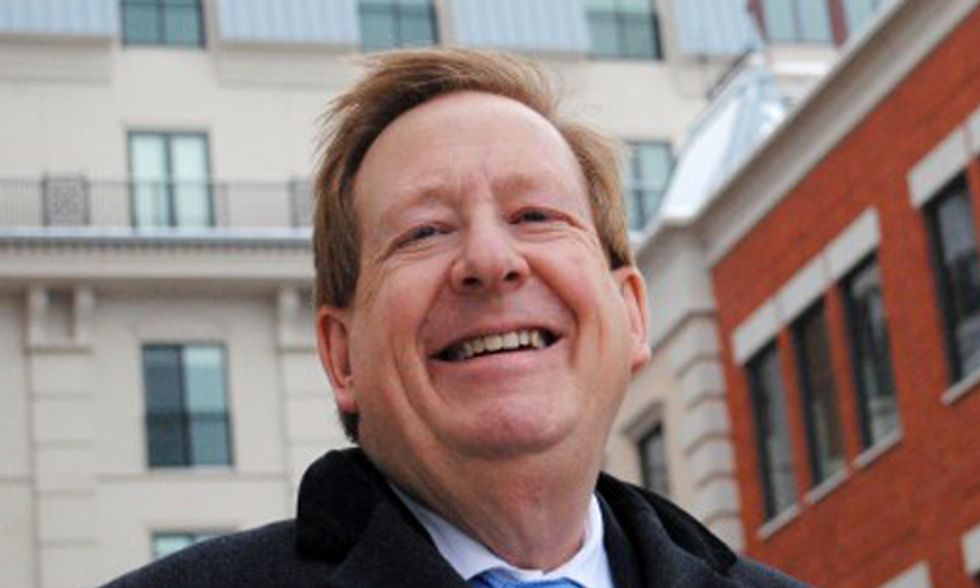 The United States Conference of Mayors (USCM) met late last month in Dallas to discuss how to move their cities forward in order to meet the challenges before them. Topics included energy related issues, the impact of pollution and climate change. U.S. Environmental Protection Agency Administrator Gina McCarthy was on hand to take part in a panel, where she expressed how leaders could avoid the animosity surrounding climate change by stressing the related concerns of health, safety and economics.

Currently, Brainard serves as the co-chair of the Energy Independence and Climate Protection Task Force for the U.S. Council of Mayors. Photo credit: U.S. Conference of Mayors

One of the leaders focusing on the environment and sustainability was five-term Mayor of Carmel, Indiana Jim Brainard.

Brainard was tapped to be on President Obama’s Task Force on Climate Preparedness and Resilience. He won first place honors from the 2008 Mayor’s Climate Protection Awards Program. The most exciting news in his bio … he is a Republican!

I interviewed Brainard by telephone upon his return from USCM to learn more about the programs he has implemented, and to inquire about his response to the overwhelming number of Republicans who push back on environmental regulations while hoisting the banner of climate change denial.

Direct about the fact that the party of environmentalist Teddy Roosevelt has become entrenched in refuting the findings of the larger scientific community, Brainard said, “You have to trust 97 percent of scientists. There’s no question that the Earth is warming. The numbers are what the numbers are.”

When I mentioned Sen. James Inhofe’s (R-OK) branch of the party, Brainard suggested that he was “out-shouting”more moderate Republicans. He emphasized, “The Republican party needs to recognize that people in the United States want a clean environment for themselves and their descendants.”

Underscoring the non-partisan attitude that he saw prevailing in Dallas, Brainard informed me, “Everyone’s concerned about their city.”

Currently, Brainard serves as the co-chair of the Energy Independence and Climate Protection Task Force for the USCM. He has also signed their Climate Protection Agreement, which sets goals to “meet or beat the Kyoto Protocol targets in their own [respective] communities.”

Brainard told me, “We need to start at the local level, cleaning up pollution, planting trees, making every city a better place to live. It originates locally. Everybody wants progress.”

Carmel, with a population of 85,000, has received the Indiana Governor’s Award for Environmental Excellence. Perhaps the reason Brainard has been repeatedly re-elected is because his constituency likes his sustainable initiatives. They include a long laundry list of efforts. In 2005, Brainard put forth an executive order for the city to purchase hybrid and bio-fuel vehicles. He spoke at length about installing roundabouts and their benefits, which eschews the usual traffic light intersection model. They conserve electricity and gasoline, while reducing air pollution. Tied in with this approach to traffic is Brainard’s commitment to an emphasis on more walkable areas and less “sprawl.”

In an effort to get on board with cutting edge technology, the city’s wastewater treatment plant adopted a process that yields high quality Biosolids, which is then utilized by local farmers as fertilizer. Simultaneously, it reduces “the amount of byproducts that end up in landfills.”

“There are a lot of Republicans around who care about the environment. Clean air and clean water should be non-partisan ... We need to do what’s best for the people.” Photo credit: Current in Carmel staff photo

Indiana is number two in the country in terms of coal power generation; it also “leads the nation in coal ash ponds.” Brainard believes that alternative fuel sources must be cultivated “moving forward.”

When questioned about the “jobs card” and “war on coal” that is inevitably referenced by Republicans such as Sen. Mitch McConnell (R-KY), Brainard stated that Indiana has 2,800 coal workers who he believes can be transitioned to new employment.

“The point is, this [coal] is not a major source of jobs. There is no reason to be polluting the air. We have to take into account lung disease and asthma,” Brainard said. He pointed out how the coal-fired plant in Indianapolis affects Carmel—due to the “northeast wind.” He added, “The entire region is impacted.”

When we conversed about President Obama’s task force and the efforts of the White House, he responded, “I think he’s [Pres. Obama] making progress … I wish this had happened years ago.”

Before we concluded, Brainard again revisited the actions of Republicans in the 1970s, and President Nixon’s part in creating environmental safeguards and the establishment of the U.S. Environmental Protection Agency.

“There are a lot of Republicans around who care about the environment. Clean air and clean water should be non-partisan ... We need to do what’s best for the people,” he concluded.