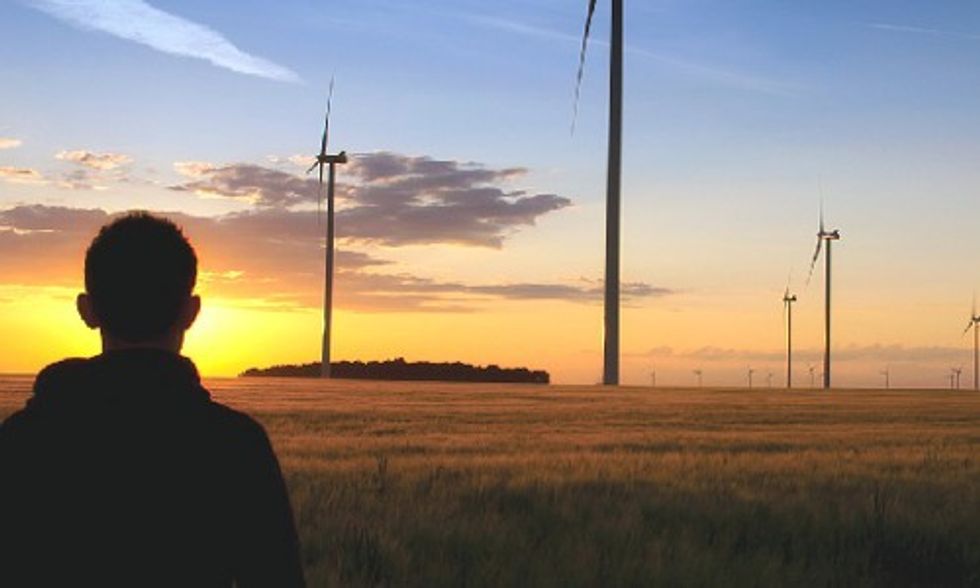 Wealthy Charlotte, North Carolina-based entrepreneur Jay Faison has taken on a task that is probably more formidable than building his business empire was: he plans to spend a chunk of his fortune working to convince his fellow Republicans that climate change is real, human-caused and needs to be addressed.

Good luck with that.

One Republican businessman thinks climate change needs to be addressed, and he's set to spend a lot of money convincing other Republicans. Photo credit: ClearPath Foundation

Last year, Faison founded and put $165 million into his ClearPath Foundation to promote clean energy and solutions to climate change. He's starting to spend it in a campaign to persuade Republicans to accept the science and start to talk about solutions instead. ClearPath.org just had its official rollout this week.

"Climate change is both the greatest risk and the greatest opportunity of our time," says the site. "Most experts strongly urge us to act on the risks. The most actionable solution—a switch to clean energy—is already underway. We just need to accelerate the transition."

"I always felt a little alone out there as a Republican, and so I started ClearPath to create a dialogue around this in a way that hadn’t been done before and sort of be part of the solution,” Faison told Politico. “We think that there are real Republican solutions to the problem.”

Now he's pledged to put $10 million into a 501 (c) 4 nonprofit, a political advocacy group to push Republicans toward more reality-based positions on climate issues. The group "will reward thoughtful response to the issue," he said. It's a sort of conservative counterpart to Tom Steyer's liberal NextGen Climate, which is working to call out climate-denier candidates.

"Millennials especially want to see forward looking leadership that acknowledges the realities of today," he told the National Journal. "I think it's a brand issue. How our party and our presidential candidate talks about it will have a significant impact over voter perception, and I think the Democratic candidates know this."

"Nothing would be better for the planet than a bipartisan effort to put forward solutions to the tackle the climate crisis," said Debbie Sease, Sierra Club's DC Bureau Chief. "Time will tell how effective this approach proves to be, but Jay Faison's forward thinking investment is hard to ignore. We look forward to the dialogue."

All of the declared Democratic candidates—former Sec. of State Hillary Clinton, Sen. Bernie Sanders, and former governors Lincoln Chaffee and Martin O'Malley—have emphasized the need to address climate-related issues. Of the 10 declared Republican presidential candidates, only two—former New York Gov. George Pataki and South Carolina Sen. Lindsey Graham—have shown any openness to this message, and only Pataki has shown a commitment to dealing with climate change.

Faison believes that once the primaries are past, the eventual Republican candidate will be able to adopt a more sensible position on climate change. He suggests that even though it's inevitable that the Democratic candidate will have a better record on environmental issues, Republicans can distinguish themselves by promoting market-based solutions as opposed to regulatory ones.

"I think they're looking for a new, fresher argument," Faison said of voters. "We could probably agree that a more advanced energy system is better for America even if climate change were not an issue at all, and that's not a bad place to start when you're talking to any Republican. Or some Republicans, I should say."

Nobody on the planet is leading like Elon Musk. He defies gravity. https://t.co/jNh2aHgYwa

Not included among "some Republicans:" Charles and David Koch, the infamous Koch brothers of the fossil fuel Koch Industries, have pledged to spend nearly $900 million during the 2016 presidential election cycle to elect someone committed to protecting the old, dirty, carbon-spewing way of producing energy.

Who is Faison's candidate of choice? He hasn't endorsed anyone yet, but if you want to read the tea leaves, he's already donated $50,000 to Bush and $25,000 to Graham, among the least denialist candidates in the GOP field, although Bush in particular has done some serious waffling, saying it's "arrogant" to claim the science around climate change is settled. Graham, on the other hand, told CNN's Dana Bash last week, "I do believe that the CO2 emission problem all over the world is hurting our environment."

In the past, Faison has donated to some climate-denier candidates such as Sen. Mitch McConnell who has been appealing to the states directly to defy federal environmental regulations. But he's saying never again.

"That was a long time ago and no, I would not give to somebody who's fighting against this issue," he said.