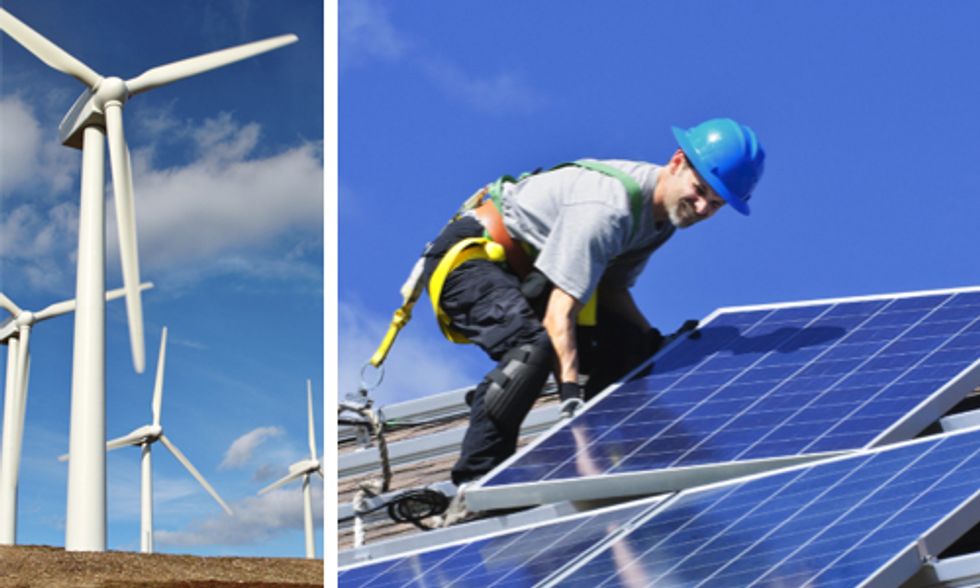 With hydropower accounting for 69 percent of generating capacity, Washington State has one of the nation's cleanest energy profiles.

The state is searching for clean and local solutions and could find them in two reports from the Sierra Club—Washington State’s Next Big Step to Clean Electricity, Climate Protection and 21st Century Jobs and Employment Effects of Investing in Select Electricity Resources in Washington State.

“These two reports together create a roadmap for the Governor, the legislature, and utilities for replacing coal,” said Doug Howell, Washington State campaign director for the Sierra Club’s Beyond Coal campaign. “Done right, our businesses, communities and working families can benefit from hundreds of millions of dollars of investments into energy efficiency upgrades, solar, and wind generation.”

Washington is already the sixth-largest producer of wind energy  in the nation, and that source has the greatest growth potential in the state, the "Employment Effects" study says. Citing the National Renewable Energy Laboratory, the study estimates that Washington could produce 55,550 gigawatt (GW) hours from 18,000 megawatts (MW) of potential capacity. That amount excludes 70 percent of windy land that was unavailable for development.

“Our analysis find that replacing out-of-state coal generation with cleaner, local resources will bear significant fruit in terms of jobs in the state,” said Tyler Coming of Synapse Energy Economics. “And for every unit of generation that is replaced—new solar PV, wind and energy efficiency would each create more jobs than new natural gas could create in the state.”

One of the studies examines the job impact of capital investments, operations and maintenance of renewable energy projects. Measured by job years per MW, solar photovoltaic (PV) has the largest impact, with 173 job years for commercial and residential projects.

Both studies point to policy as the best way to achieve even more clean energy resources in Washington. Gov. Jay Inslee and a bipartisan legislative workgroup kicked off a set of hearings regarding carbon reduction goals and clean energy investment for Washington. The Climate Legislative Executive Workgroup will meet again this week.

“This study confirms that as we work to achieve our greenhouse gas reduction goals and a clean energy future, Washington workers and families will be winners, as well as the environment,” said State Rep. Joe Fitzgibbon (D-24). “Our state has innovative programs and has invested in energy efficiency for more than 25 years. Now is the time to act.”