For Many Reporters Covering Climate, Population Remains the Elephant in the Room 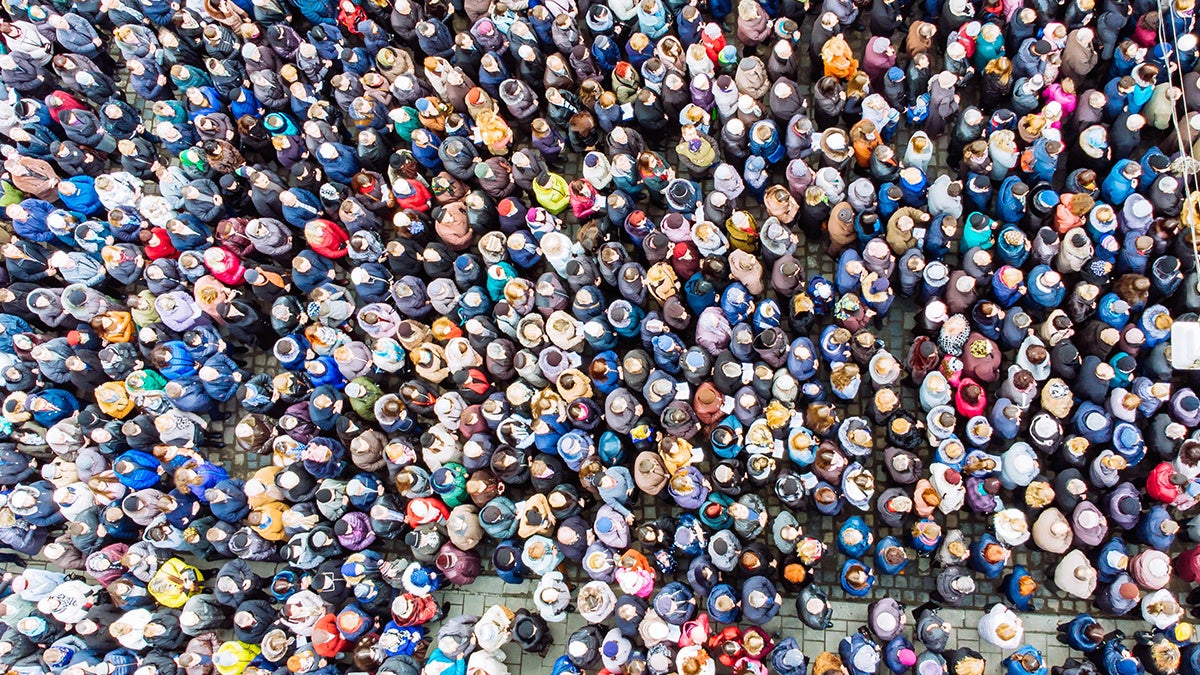 In June, New York Times journalist Andy Newman wrote an article titled, “If seeing the world helps ruin it, should we stay home?” In it, he raised the question of whether or not travel by plane, boat, or car—all of which contribute to climate change, rising sea levels, and melting glaciers—might pose a moral challenge to the responsibility that each of us has to not exacerbate the already catastrophic consequences of climate change. The premise of Newman’s piece rests on his assertion that traveling “somewhere far away… is the biggest single action a private citizen can take to worsen climate change.”

But that’s not true. In 2017, Seth Wynes of Lund University in Sweden and Kimberly Nicholas of the University of British Columbia estimated the carbon emissions that various individual lifestyle choices would have. The foremost way to reduce climate change, their report said, would be to have one fewer child (which would otherwise annually contribute an additional 58.6 tons of carbon dioxide, on average in developed countries, according to the researchers’ estimates). The runner-ups were living car free (2.4 tons of carbon dioxide per year), and not taking one transatlantic flight (1.6 tons of carbon dioxide per year).

Newman told me that, although he fact-checked his article meticulously, neither he nor his editors caught the error on which he established the premise of his story. (In emailed comments, Newman wrote that not having a child “wasn’t in the story simply because it did not occur to me while I was writing the story,” though he questioned whether one should consider having a child “a single action.” “It’s the millions of activities that occur in the life of that human you’ve created that generate the CO2,” he wrote. “To me it doesn’t seem fair to compare taking a flight—a self-contained event that occupies only a few hours—with an entire lifetime of carbon emission.”)

On the heels of Newman’s piece, The Guardian published an interactive story focused exclusively on how much carbon dioxide is emitted per flight. A month on from Newman’s story, Quartz published a story titled, “If you care about your impact on the planet you should stop flying.” For that story, Quartz replicated a graph from the Wynes and Nicholas study, but failed to include the impact that not having another child would have. When I asked the reporter, Natasha Frost, why Quartz decided to omit part of the data, she said the graphing software couldn’t fit the data properly on the graph.

If any article is only talking about flying less, or eating less meat, “it’s borderline dangerous and misleading,” Erica Gies, an independent journalist who has written about population and her personal decision not to have children, says. “Or the writer is ill-informed, doesn’t want to look at the reality, or open themselves up to the personal attack that is writing about it.”

If not having another child saves more than 20 times more carbon per year, why aren’t more journalists talking about human population in proportion to the climate impact that it can have?

Environmentalists believe that overpopulation is how we arrived at our current climate crisis. To explain the impact humans have on the environment, they use the formula I = PAT: the human impact on the environment (I) is the product of population (P), affluence (A), and technology (T). “Changing population is the one factor—the one that’s most movable — that will have the most impact,” activist and documentary filmmaker Terry Spahr says.

Environmental activist Bill McKibben, who, in 1999, wrote Maybe One about his decision to have just one kid due to the climate crisis, believes population is not discussed as much because population growth is not immediate and birth rates in America are already at an all-time low. “If indeed we have a decade to make transformative change, there are other things”—such as taking on the giant institutions of the fossil fuel industry—”that are more crucial,” McKibben told me.

The issue of population was more widely discussed in the 1970s, after biologist Paul Ehrlich wrote The Population Bomb, a warning that the world population was spiraling out of control. Population growth then led India to implement a program to forcibly sterilize men, and China to introduce its one-child policy.

Around the same time, mainstream environmental organizations in the U.S. such as the Sierra Club, World Wildlife Foundation, and Audubon Society, all embraced policies and platforms that would limit population growth. (The Sierra Club, for instance, believed that the population of the U.S. should be stabilized by limiting immigration.) But they eventually got rid of it. “It got twisted by people,” says Spahr. That is, “if you believed in population policies, you were racist, or colonialist, imperialistic, or a believer in euthanasia and all kinds of crazy things.” As a result, says Spahr, population control “lost its presence as a real, viable and important part of the conversation.”

That backlash can intimidate writers keen to discuss how population and reproductive choice are tied into climate impact. Ash Sanders, who recently published an essay in BuzzFeed about why she chose not to have children, was initially nervous to pitch the story for those very reasons.

Gies wrote her first piece about population control for Forbes in 2011. For a long time, she says, it felt like no one else was willing to write about it.

“I got a lot of shame,” she says. “People told me: if you’re so concerned, you should kill yourself. And having a child in most cultures is an automatic good, so people hear you criticizing them and their choices when you talk about your own choices.” But at the same time, Gies says, she received heartfelt messages from people who felt similarly, supported, and seen.

Although journalists are reaching a consensus on the gravity of the climate crisis, there is no such consensus on how to link the issue of population with climate change—or whether the link should be made at all. Talking about not having children, Frost says via email, raises “complicated ethical questions about the difference between actions where if everyone took them, the world would likely be a better place (like not eating meat), and ones where everyone doing them would make the world worse (like not having children, if you think the human race is a valuable thing to protect).”

David Roberts, an environmental journalist with Vox wrote in a 2017 article that he refused to talk about overpopulation because it was morally and politically fraught. In that article, he explains that discussing things such as empowering women would be an indirect way to get at population. (I.e., if you educate women on family planning and give them opportunities for income, they will opt to have fewer children.)

Gies, meanwhile, says population needs to be discussed directly. “That’s the problem: we haven’t been talking about it directly,” she says.

Spahr says he’s seen the conversation about population and climate change become more public over the last five years. Prince Harry recently announced that he and his partner, Meghan, will only be having two children because of climate change (although having two children will merely hit the replacement rate and not actually reduce climate impact). In February, Alexandria Ocasio-Cortez asked whether or not it’s ethical to have children given the climate crisis.

Given the urgency of crisis, says Sanders, “we need to attack climate change from so many different structural and cultural angles. I don’t think population is the silver bullet, but I think it’s the one tool we have that we’re not talking about enough. I think there are ways to have this conversation ethically that will lead to freedom and choice.”

Wudan Yan is an independent journalist in Seattle, Washington. Her work has appeared in California Sunday Magazine, Discover, Harper’s, High Country News, The New Yorker, The New York Times and The Washington Post, among others.

Editor’s Note: This article has been updated for clarity.

This story originally appeared in Columbia Journalism Review. It is republished here as part of EcoWatch’s partnership with Covering Climate Now, a global collaboration of more than 250 news outlets to strengthen coverage of the climate story.