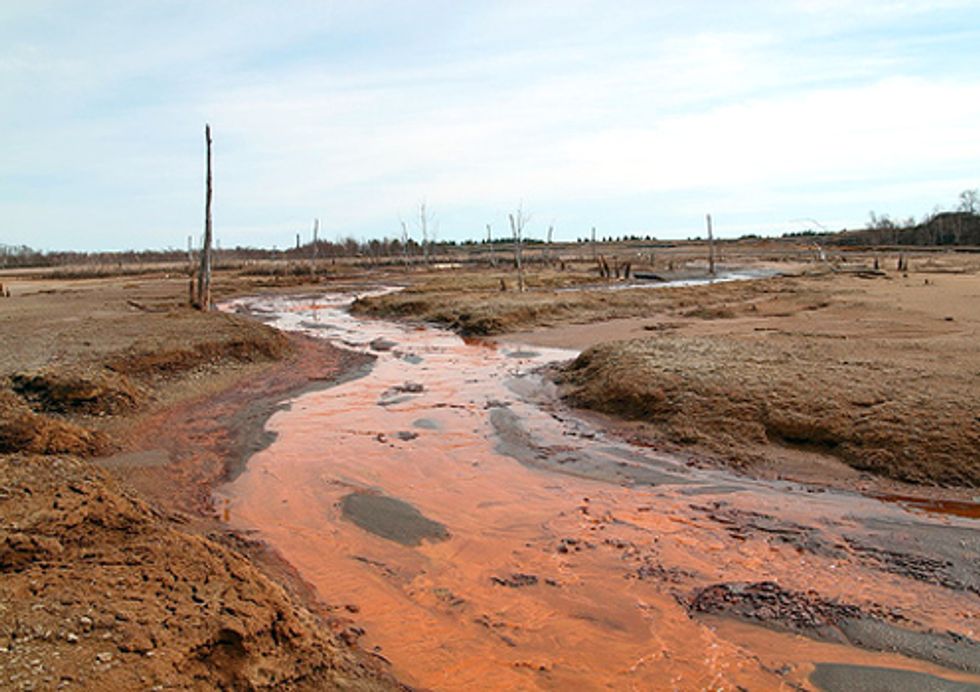 Gaps, inconsistencies and loopholes in U.S. state and Canadian provincial laws are leaving the Great Lakes and other natural resources vulnerable to a new wave of mining activity sweeping the Upper Great Lakes states of Michigan, Wisconsin and Minnesota and Canadian province of Ontario, according to a new legal analysis by the National Wildlife Federation and Ecojustice Canada.

“Weak laws and lax enforcement undermine efforts to protect our water, wildlife and communities from this dangerous form of mining,” said Michelle Halley, National Wildlife Federation attorney. “There is an urgent need for the region to address these issues now or likely face decades of contamination and clean-up.”

The report examines whether state and provincial laws are up to the task of overseeing a type of mining new to the region that has proven to be devastating to natural resources in parts of the western U.S. and Canada. So-called “sulfide mining” seeks to extract precious metals from sulfide rock formations—a process that produces mine waste that turns water into battery acid, devastating water resources and fish and wildlife habitat. Mines out West have been cited for hundreds of violations of the Clean Water Act.

The National Wildlife Federation and Ecojustice—with the help of outside panels of experts—analyzed state and provincial statutes, regulations and implementation in the areas of: regulatory scope, review process, enforcement, program resources and reporting and official statements.

The report reveals that, across the region, laws do not offer adequate protections: The report assigns passing grades in only two out of 20 categories. Failing scores were assigned in six categories, with the remaining dozen receiving a “fair” score.

“As this report makes clear,” said Halley, “the status quo is not acceptable. The upper Great Lakes region is poorly positioned to adequately regulate the onslaught of new sulfide mining. Every state and province that we assessed needs to be doing a better job.”

The National Wildlife Federation is not alone in its concern about sulfide mining near the shores of Lake Superior.

“Now more than ever, Minnesota needs to take a firm stance when it comes to its future and sulfide mining,” said Scott Strand, executive director of the Minnesota Center for Environmental Advocacy. “The push to dig an open pit mine near Hoyt Lakes and a massive underground mine near Ely and the Boundary Waters Canoe Area bolsters our commitment to make sure current laws protect citizens and are enforced.”

In the legal analysis, Wisconsin received good scores in two categories, making them an exception among their peers in the region. Conservationists, however, said the state still had a long way to go.

“While we may be faring better than our counterparts in Michigan and Minnesota, this study makes clear that Wisconsin has a long way to go before our residents can rest easy in regards to sulfide mining,” said George Myer, executive director of the Wisconsin Wildlife Federation.

Brad Garmon, director of conservation and emerging issues at the Michigan Environmental Council, expressed hope for change as a result of the analysis.

“Through this process of identifying the flaws in sulfide mine permitting, regulation and enforcement, we hope the administration and the legislature can take steps now to ensure protection of the Great Lakes,” he said. “Our expectation was that Michigan's new law would have required a new generation of mines to be designed and operated in a manner that would truly protect our natural resources. Their implementation of the law to-date has been disappointing.”

Michigan tied with Ontario for the lowest scores.

“Clearly, both countries have serious work to do,” said Anastasia Lintner, staff lawyer with Ecojustice Canada. “The good news is that there is time to get this right. We urge public officials to bolster protections that will benefit people, wildlife and the region’s special places now and for generations to come.”

Sulfide Mining Regulation in the Great Lakes Region also reviewed the role of tribal governments in the permitting process and found that jurisdictions failed to consider tribal perspectives or have denied meaningful tribal input into decision making. This is despite the fact that tribal entities have substantial land holdings and treaty rights across the Upper Great Lakes region.

Chuck Brumleve is a mining specialist with the Keweenaw Bay Indian Community and knows firsthand the frustrations of tribal groups throughout the region.

"This report illuminates the real need for meaningful consultation with tribes,” he said. “In all three states, tribes may be ‘consulted’ but they are not being let in to the process to really influence decision-making. Even in situations where tribal interests in sacred sites are known, the state agencies have disregarded that.”

Review of the federal role, particularly the Clean Water Act and its implications, are also reviewed.

Tony Turrini, senior counsel at the National Wildlife Federation, connected the dots between what is happening in the Upper Midwest and on the national scene, particularly where water and the federal government are concerned.

"Where the states fall short of protecting the Great Lakes, the EPA should close the gaps,” said Turrini. “But, it is not. In fact, EPA needs to fix loopholes in its rules that allow the dumping of millions of tons of mine waste into surface water.”

Beyond identifying the flaws in sulfide mining permitting, regulation and enforcement throughout the area, the National Wildlife Federation analysis also includes a series of recommendations—some with jurisdiction-specific implications and others that apply throughout the region.

“It is our hope,” said Halley, “that this report will be used by regulators, citizens, tribes, affected communities and industry to inform better legislation, practices and overall regulation of sulfide mining.”