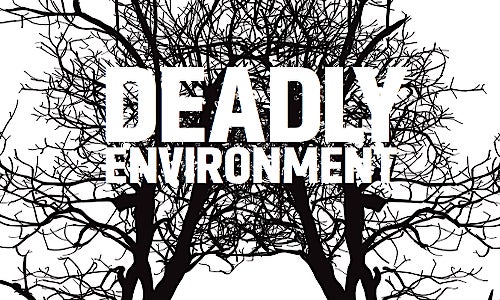 Killings of people protecting the environment and rights to land increased sharply between 2002 and 2013 as competition for natural resources intensifies, a new report from Global Witness reveals. In the most comprehensive global analysis of the problem on record, the campaign group has found that at least 908 people are known to have died in this time. Disputes over industrial logging, mining and land rights the key drivers, and Latin America and Asia-Pacific particularly hard hit. The global analysis shows that at least 908 people are known to have died since 2002, while only 10 people where convicted in relation to the murders.

Released in the year of the twenty-fifth anniversary of the assassination of Brazilian rubber tapper and environmental activist Chico Mendes, the report, Deadly Environment, highlights a severe shortage of information or monitoring of this problem. This means the total is likely to be higher than the report documents, but even the known scale of violence is on a par with the more high profile incidence of journalists killed in the same period. This lack of attention to crimes against environment and land defenders is feeding endemic levels of impunity, with just more than one percent of the perpetrators known to have been convicted.

“This shows it has never been more important to protect the environment, and it has never been more deadly,” said Oliver Courtney of Global Witness. “There can be few starker or more obvious symptoms of the global environmental crisis than a dramatic upturn in killings of ordinary people defending rights to their land or environment. Yet this rapidly worsening problem is going largely unnoticed, and those responsible almost always get away with it. We hope our findings will act as the wake-up call that national governments and the international community clearly need.”

The key findings in Deadly Environment are as follows:

The problem is exacerbated by a lack of systematic monitoring or information. Where cases are recorded, they are often seen in isolation or treated as a subset of other human rights or environmental issues. The victims themselves often do not know their rights or are unable to assert them because of lack of resources in their often remote and risky circumstances. 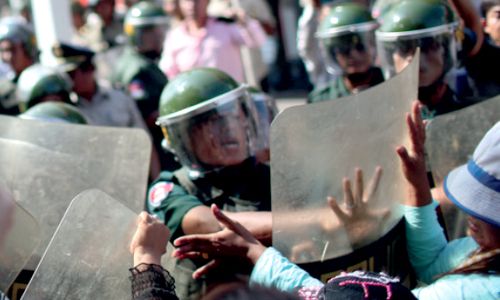 “Human rights only have meaning if people are able to exercise them,” said John Knox, United Nations independent expert on human rights and the environment. “Environmental human rights defenders work to ensure that we live in an environment that enables us to enjoy our basic rights, including rights to life and health. The international community must do more to protect them from the violence and harassment they face as a result.”

Indigenous communities are particularly hard hit. In many cases, their land rights are not recognized by law or in practice, leaving them open to exploitation by powerful economic interests who brand them as “anti-development”. Often, the first they know of a deal that goes against their interests is when the bulldozers arrive in their farms and forests.

Land rights form the backdrop to most of the known killings, as companies and governments routinely strike secretive deals for large chunks of land and forests to grow cash crops like rubber, palm oil and soya. At least 661—more than two-thirds—of the killings took place in the context of conflicts over the ownership, control and use of land, in combination with other factors. The report focuses in detail on the situation in Brazil, where land disputes and industrial logging are key drivers, and the Philippines, where violence appears closely linked to the mining sector.

This week, a new report from the Intergovernmental Panel on Climate Change issued a stark warning that governments are failing to reduce carbon emissions. It is likely to show the world is on course to miss the targets required to stay within the accepted two degree Celsius temperature increase that is generally considered a line that must not be crossed to avoid climatic upheaval. Global Witness’ research suggests that as well as failing to reduce their emissions, governments are failing to protect the activists and ordinary citizens who find themselves on the frontline of this problem.

“This rapidly worsening situation appears to be hidden in plain sight, and that has to change,” said Andrew Simms of Global Witness. “2012, the year of the last Rio Summit, was the deadliest on record. Delegates gathering for climate talks in Peru this year must heed this warning—protection of the environment is now a key battleground for human rights.”

“While governments quibble over the text of new global agreements, at the local level more people than ever around the world are already putting their lives on the line to protect the environment,” Simms continued. “At the very least, to start making good on official promises to stop climate change, governments should protect and support those personally taking a stand.” 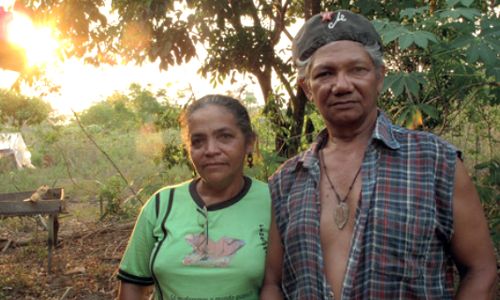 José and Maria da Silva, who denounced illegal logging, were murdered by masked gunmen in 2011. José’s ear was ripped out as proof of execution. © Felipe Milanez /Global Witness report

The report also underlines that rising fatalities are the most acute and measurable end of a range of threats including intimidation, violence, stigmatization and criminalization. The number of deaths points to a much greater level of non-lethal violence and intimidation, which the research did not document but requires urgent and effective action.

Global Witness is calling for a more coordinated and concerted effort to monitor and tackle this crisis, starting with a resolution from the UN’s Human Rights Council specifically addressing the heightened threat posed to environmental and land defenders. Similarly, regional human rights bodies and national governments need to properly monitor abuses against and killings of activists, and ensure that those responsible are brought to justice. Companies must carry out effective checks on their operations and supply chains to make sure they do no harm.