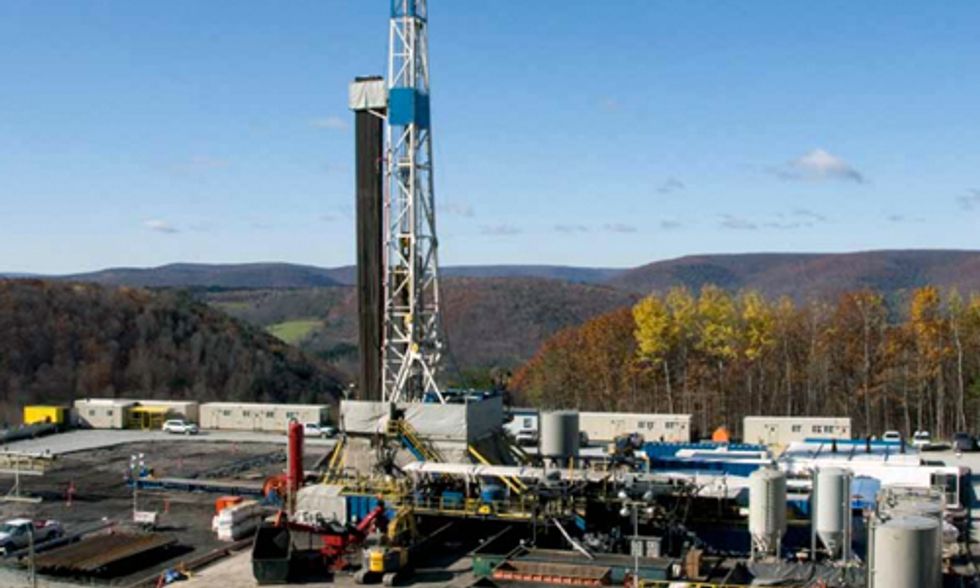 A new report out today from Environment America Research & Policy Center shows that all types of fracking companies, from small to large, are prone to violating rules intended to protect human health and the environment.

The report, Fracking Failures: Oil and Gas Industry Environmental Violations in Pennsylvania and What They Mean for the U.S., analyses Pennsylvania’s oil and gas industry over a four-year period and found that the top offenders of regulations—averaging more than one environmental violation every day—represented a wide range of companies from Fortune 500 companies like Cabot Oil, to mom-and-pop operators, to firms like Chevron.

“Fracking is an inherently risky, dirty, dangerous practice, and regulations can’t change that,” said John Rumpler, senior attorney with Environment America. “But this report shows that a range of oil and gas companies struggle to meet even modest protections for our environment and public health.”

The report tracks lapses such as allowing toxic chemicals to leach into the air and water, endangering drinking water through improper well construction and dumping industrial waste into waterways.

According to Environment America, fracking operators in Pennsylvania have committed thousands of violations of oil and gas regulations since 2011 with violations that are not “paperwork” violations, but lapses that pose serious risks to workers, the environment and public health, including:

The report ranks Pennsylvania’s 20 most frequently cited fracking companies by number of environmental and health violations from January 2011-August 2014. Houston-based Cabot Oil, a Halliburton contractor, committed the most total violations with 265.

The report highlights the growing number of scientific studies that links the drilling practices of fracking to various health risks. Studies have shown that the proximity to well pads increases a person's risk for respiratory and neurological problems, as well as birth defects. Here's a chart showing the recognized health effects of air emissions from natural gas activities:

This report comes on the heels of the worst fracking wastewater spill in North Dakota since the boom began in the state, leaking 3 million gallons into the river.

“Fracking is a failure for our environment and health,” said Rumpler. “That’s why we should keep this dirty drilling out of our national parks, forests and other public lands.”