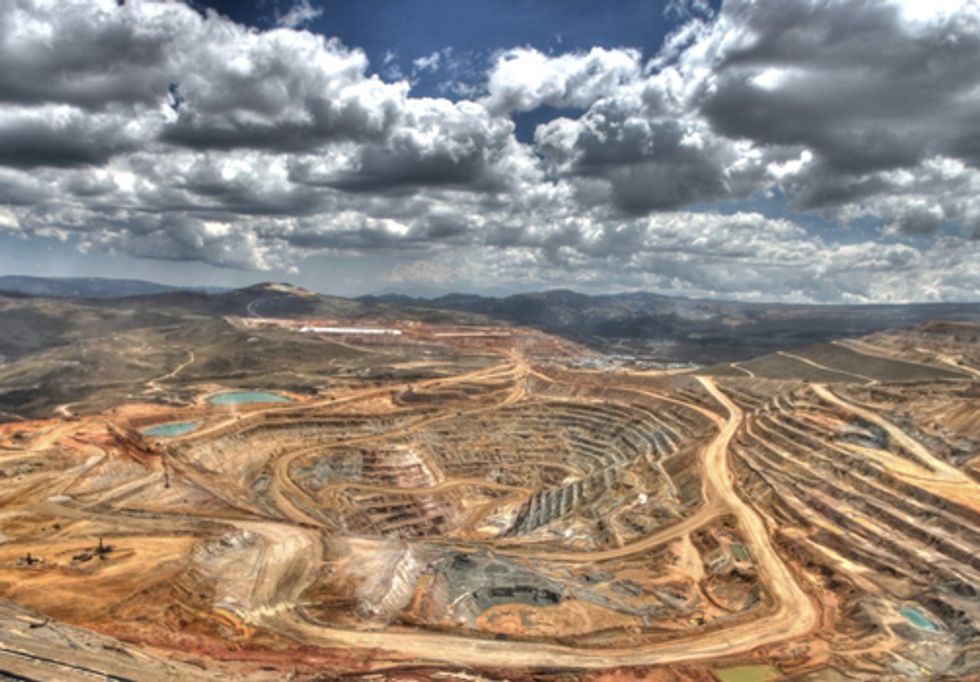 The U.S. Environmental Protection Agency (EPA) released its complete analysis of the most recent Toxics Release Inventory (TRI) data. The analysis—of data publicly released in October 2011—indicates that, as with every year since the metal mining industry was required to report in 1997, the metal mining industry is the nation's largest toxic polluter, accounting for 41 percent of all reported toxics in 2010, or 1.6 billion pounds.

The metal mining industry accounts for the vast majority of toxic heavy metals and metalloids released such as:

But perhaps the most significant toxics releases are those not included—across metal mining and oil & gas production.

As the EPA analysis explains, the metal mining industry successfully sued to exclude from the TRI most toxics in waste rock. Consequently, beginning with the 2002 reporting year, more than one third of the metal mining industry's toxics—which are still released into the environment every year—go unreported. If included for the 2010 reporting year, the metal mining industry would have reported a whopping 2.1 billion pounds and accounted for almost half of all toxics reported in the U.S. This is especially significant because—thanks to loopholes in the Clean Water Act and a recent Supreme Court decision—mining companies can dump toxics directly into rivers, lakes and streams.

Additionally, and unfortunately, one of the most serious threats to our nation's drinking water supply is left unknown. Unlike almost all other industries, oil & gas producers do not have to report releases for most of their operations under the Emergency Planning and Community Right-to- Know Act (EPCRA), the legislation authorizing TRI, or under any other federal statute—including the Clean Water Act and the Safe Drinking Water Act.

The damage from this omission is increasing thanks to the shale gas boom enabled by horizontal hydraulic fracturing. Drilling for oil and gas now occurs in 34 states across the country, threatening the drinking water sources of tens of millions of Americans. Yet communities are in the dark because drillers don't have to report the toxics they release from the thousands of wells and compressors.

While individual states are beginning to require disclosure, the Toxics Release Inventory exemplifies why state regulations continue to come up short—easily accessible national data allows comparison across regions, industries and chemicals. Federal reporting requirements allow communities to better judge the risks posed by toxics in their communities. And as a consequence, and as happened with mercury air pollution from gold mining, it allows those communities to exert pressure on both industries and government to require reductions in toxics releases.

The Toxic Release Inventory once again shows why effective federal environmental oversight of resource extraction is necessary to protect communities and the environment.

Earthworks is dedicated to protecting communities and the environment from the impacts of irresponsible mineral and energy development while seeking sustainable solutions.