Report: New York Does Not Safely Monitor Treatment or Disposal of Fracking Wastewater 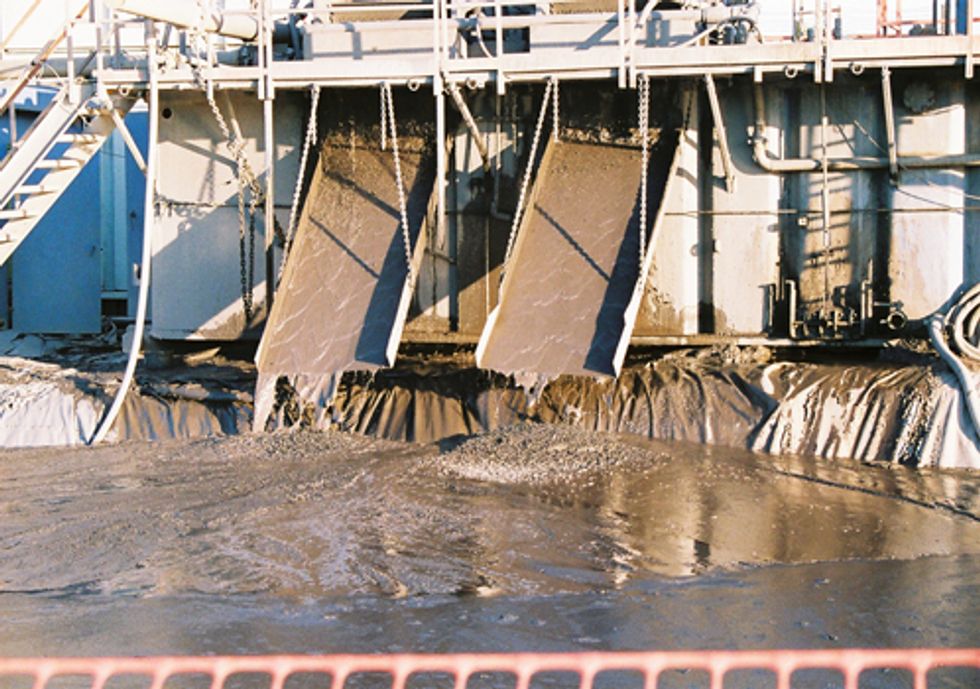 The New York State Department of Environmental Conservation (DEC) has failed to responsibly monitor the transport, treatment or disposal of waste from the state’s active gas wells, according to a new report released by Environmental Advocates of New York. The report examines how wastes from existing gas drilling operations are disposed in an effort to shed light on how public health and the environment may be affected by the anticipated influx of waste from gas drilling by means of high-volume hydraulic fracturing, or “fracking,” operations. As of 2009, the state was home to 6,628 gas wells, approximately 90 percent of which use low-volume fracking to extract the gas. The report also notes that the state’s proposed oversight of high-volume fracking would create a two-tier regulatory system, even though all fracking waste poses a threat to the safety of New York’s waters and communities.

“New York is not safely monitoring the transport, treatment or disposal of gas drilling waste, and based on the proposals under review, the state is not ready to provide responsible oversight of the millions of gallons of wastewater high-volume fracking will dump on our doorstep, if Governor Cuomo decides to permit it,” said Katherine Nadeau, Water & Natural Resources director, Environmental Advocates of New York. “We’re calling on the governor to close the hazardous waste loophole for drilling waste, require that new measures to protect New York from high-volume fracking apply to all fracking operations, prohibit sewage plants from accepting drilling waste, and ban road spreading.”

The report is based on the review of nearly 100 permit documents from the DEC for the state’s operating gas wells. Environmental Advocates submitted a Freedom of Information Law requests to the agency in November 2011 and February 2012. The report, Out of Sight, Out of Mind: New York’s Failure to Track or Treat Fracking Waste Endangers Public Health & the Environment, describes the state’s flawed process for permitting drilling operations; the makeup of fracking wastewater and its environmental hazards; and a discussion of the likely ways fracking wastewater is disposed of today.

Under state law, the DEC asks drillers two questions during the application process regarding waste disposal:

Environmental Advocates’ review of drillers’ responses shows cause for alarm. In at least 16 cases, drillers failed to identify where waste was hauled or disposed of. On no fewer than 25 forms, gas companies stated that wastes were disposed of at “approved facilities” without identifying the facilities; in nine cases, drillers said waste was disposed of per DEC regulations without specifying what this means. In addition, some applications identified multiple disposal options leading to further ambiguities.

“Based on our review of nearly 100 permits and permit documents for gas drilling, following the waste stream from well to ultimate disposal is nearly impossible,” said Nadeau.

Fracking wastewater hazards include toxic chemicals used in fracking fluids, the exact composition of which are considered trade secrets known only to the gas industry. In addition, fracking wastewater can be up to six times as salty as seawater depending on the rock formation drilled and the amount of time water spends in the well. Fracking may also bring naturally occurring radioactive materials to the surface in drilling wastes.

Although Gov. Cuomo and the DEC have proposed requiring the gas industry to submit drilling waste disposal plans for high-volume fracking, these requirements fall short of the publicly available cradle-to-the-grave tracking, handling and disposal measures required for other hazardous wastes.

Gov. Cuomo is contemplating whether to allow gas drilling by means of high-volume  hydraulic fracturing, or “fracking,” in the Marcellus and Utica Shales. If fracking is permitted, how the industry is required to handle, treat and dispose of high volume fracking’s toxic wastes will be among the administration’s greatest challenges.